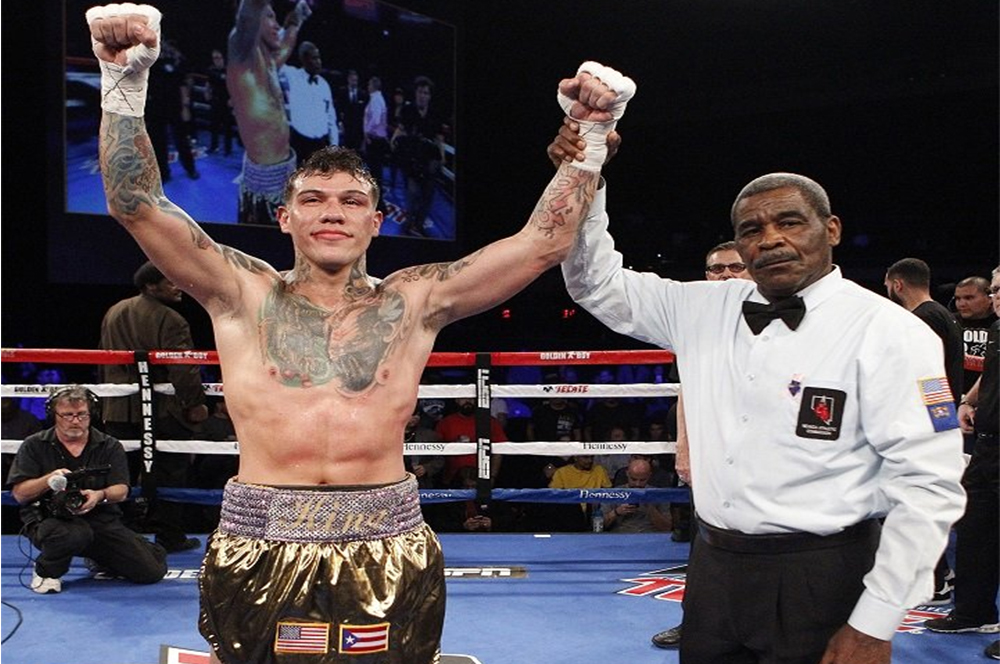 Gabriel Rosado (24-11, 14 KOs) did the job on the badly over-matched former high level prospect Glen Tapia (23-5, 15 KOs) last Thursday night in stopping him in the 6th round, and now he wants bigger game in Saul “Canelo” Alvarez, Danny Jacobs or David Lemieux for his next fight. 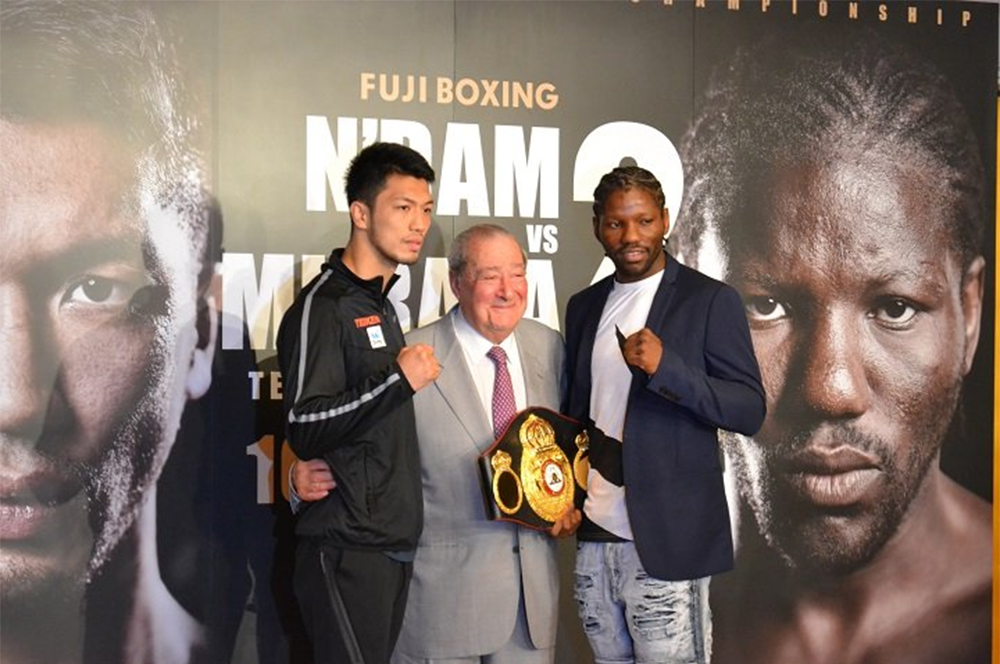 The WBA regular middleweight champion Hassan N’Dam and number one contender Ryota Murata signed their official fight contract today at the Hotel Grand Palace ahead of their rematch taking place at Ryogoku Kokugikan on Sunday. 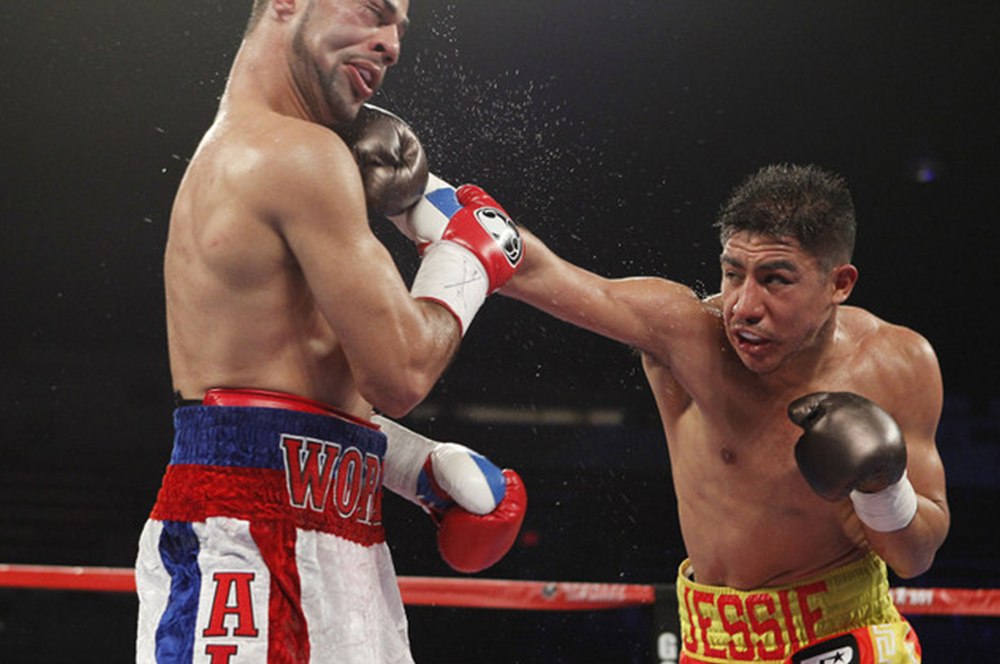 Jessie Vargas (27-2, 10 KOs) is not impressed at all with WBO junior middleweight champion Miguel Cotto’s decision to end his career with a fight against welterweight Sadam Ali (25-1, 14 KOs) on December 2. HBO Championship Boxing will be televising the Cotto vs. Ali fight in the main event rather than placing it on the undercard. 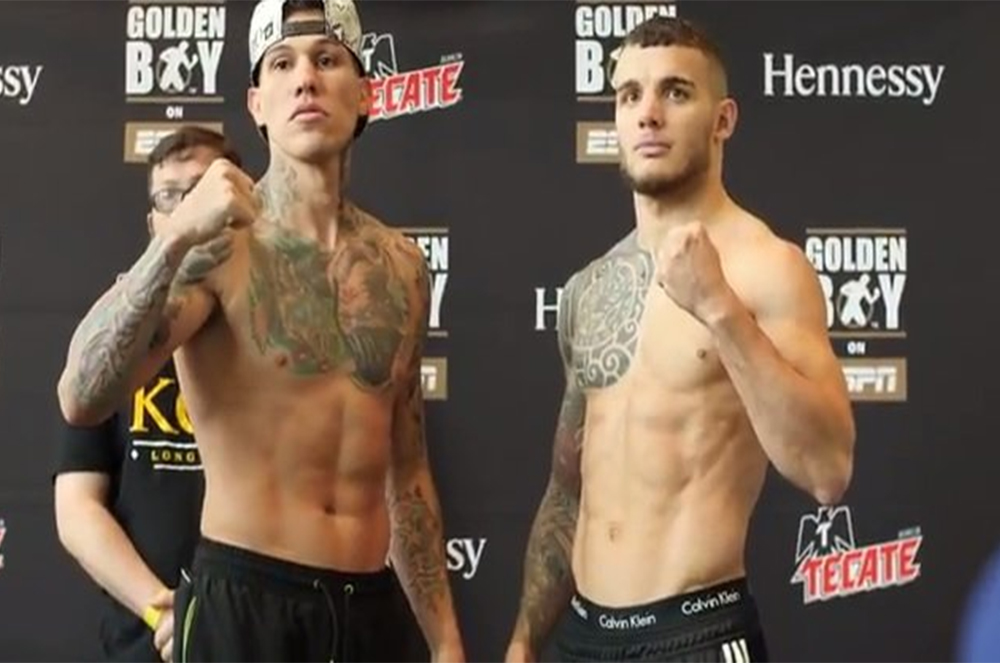 Former 2-time middleweight world title challenger Gabriel Rosado (23-11, 13 KOs) weighed at 159.8 pounds on Wednesday for his scheduled 10 round fight against Glen Tapia (23-4, 15 KOs) on Thursday night on ESPN2 from the Monte Carlos Resort and Casino in Las Vegas, Nevada.

Tapia weighed in at 161 lbs. Both fighters looked good. Rosado, 31, looked like of thin at the weight, which suggests that he’s someone that might be better off fighting at super middleweight at this point in his 11-year pro career. 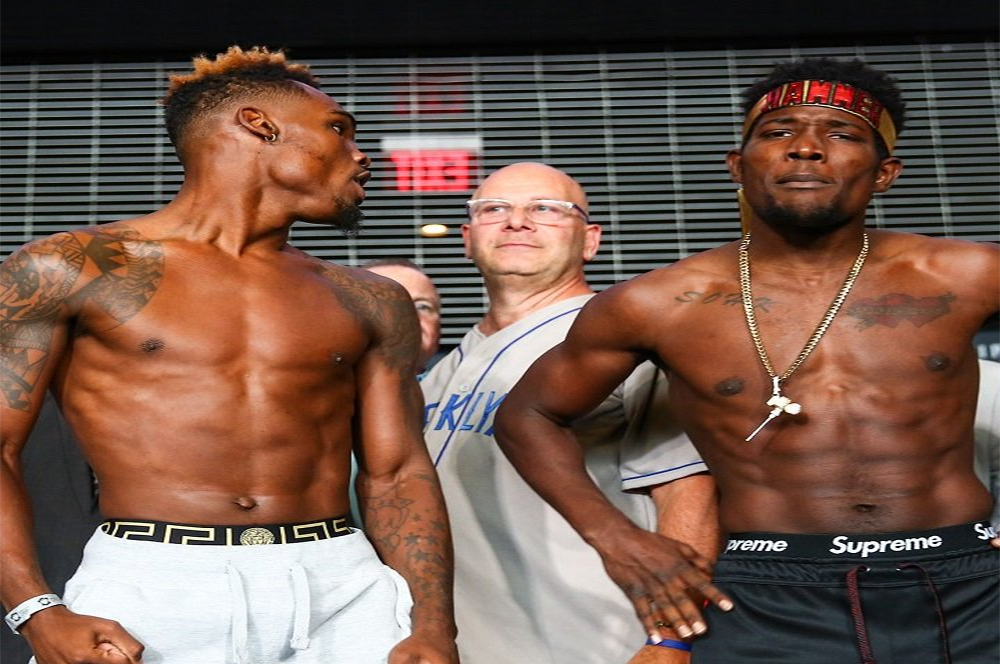 WBC junior middleweight champion Jermell “Iron Man” Charlo (29-0, 14 KOs) made weight on Friday in coming in at 153.6 pounds for his title defense against his mandatory challenger Erickson “The Hammer” Lubin (18-0, 13 KOs) on the Erislandy Lara vs. Terrell Gausha card at the Barclays Center in Brooklyn, New York. Lubin, 22, weighed in at 153.4 lbs. 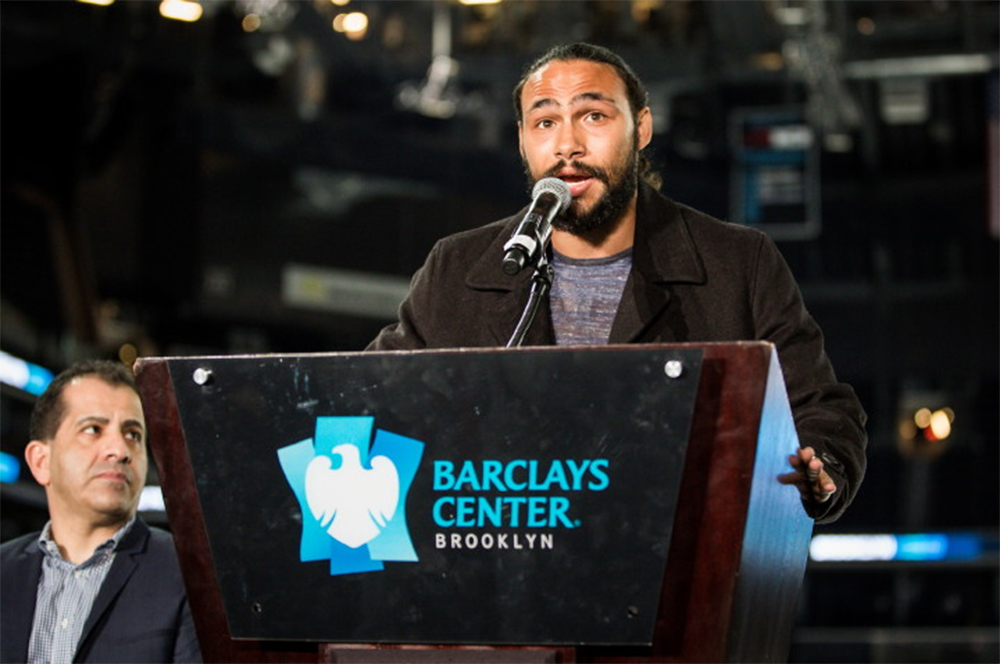 Keith “One Time” Thurman (28-0, 22 KOs) says he’ll be back inside the ring in the first quarter of 2018 to defend his WBA/WBC welterweight titles against whoever his management lines up for him. Former WBO 147 lb. champion Jessie Vargas is hoping to be the one that faces Thurman at that time. 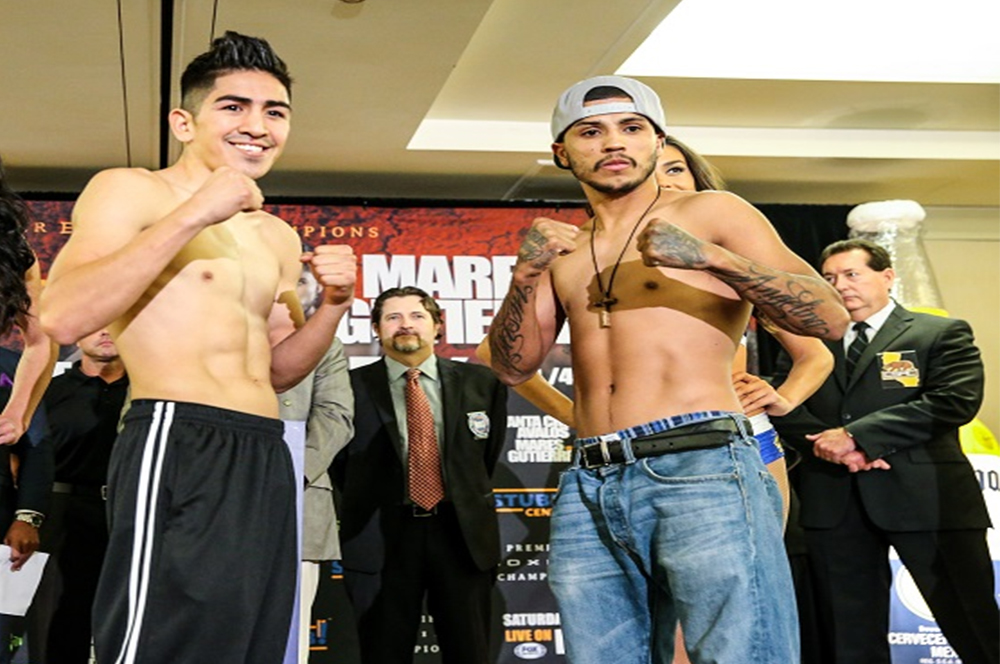 WBA Super World featherweight champion Leo Santa Cruz (33-1-1, 18 KOs) made weight on Friday in weighing in at 125.4 pounds for his voluntary title defense against #11 WBA fringe contender Chris Avalos (27-5, 20 KOs) for their fight this Saturday night on Fox at the StubHub Center, in Carson, California. Avalos, 27, weighed in at 126 lbs. 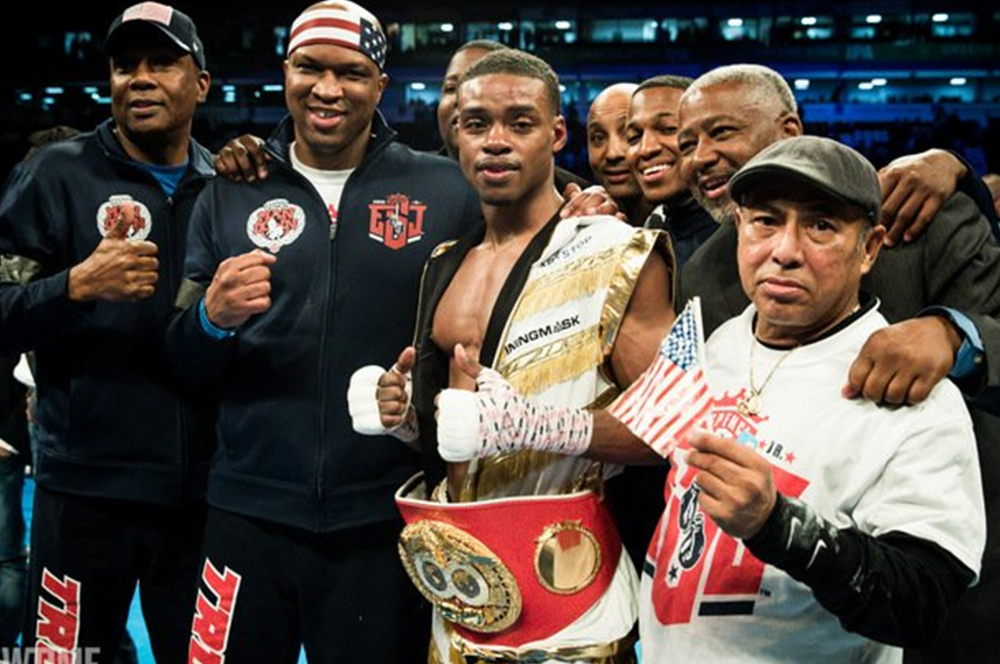 IBF welterweight champion Errol Spence Jr. (22-0, 19 KOs) is promised a purse of $3.5 million for his next fight in December or January, according to Dan Rafael. Spence, 27, is getting that money from his manager Al Haymon, says Rafael, and he’ll likely be facing #5 IBF Lamont Peterson (35-3, 17 KOs) on December 17 or in January.

Peterson, 33, makes the most sense for Spence to fight, as he is with Haymon and he’s also ranked in the top 5 with the International Boxing Federation. 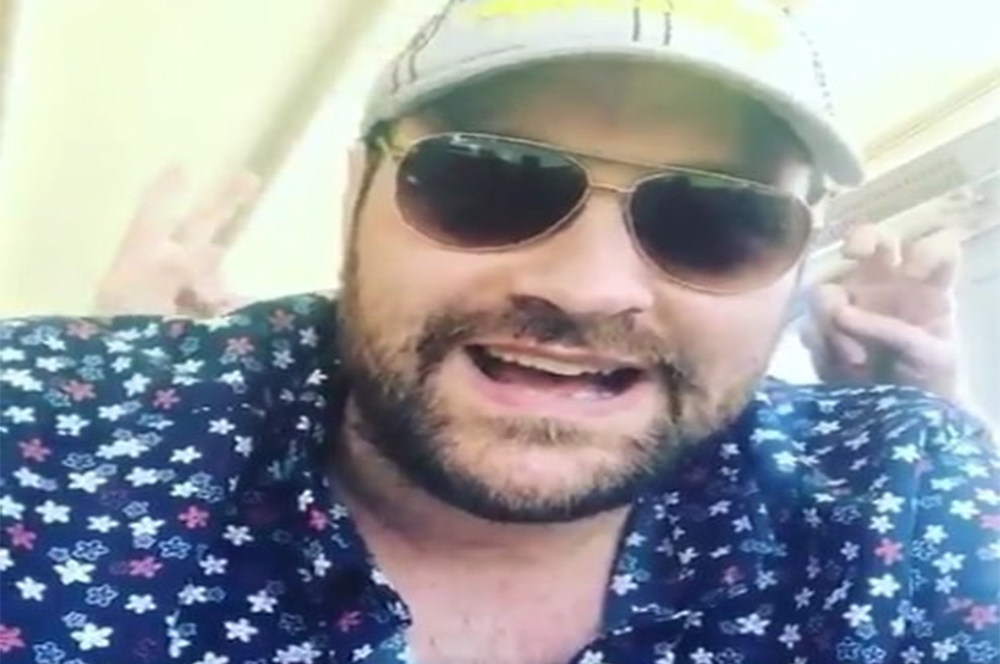 Tyson Fury (25-0, 18 KOs) surprised a lot of boxing fans on Thursday when he announced on Twitter that he would be fighting 3 times in 2018, starting in April. Fury hasn’t fought in 2 years, doesn’t have a boxing license to fight, and he was as big as a house in recent interviews. Of course, Fury says all kinds of things on Twitter on a weekly basis. It’s hard to take him seriously at this point because he changes his mind so frequently. 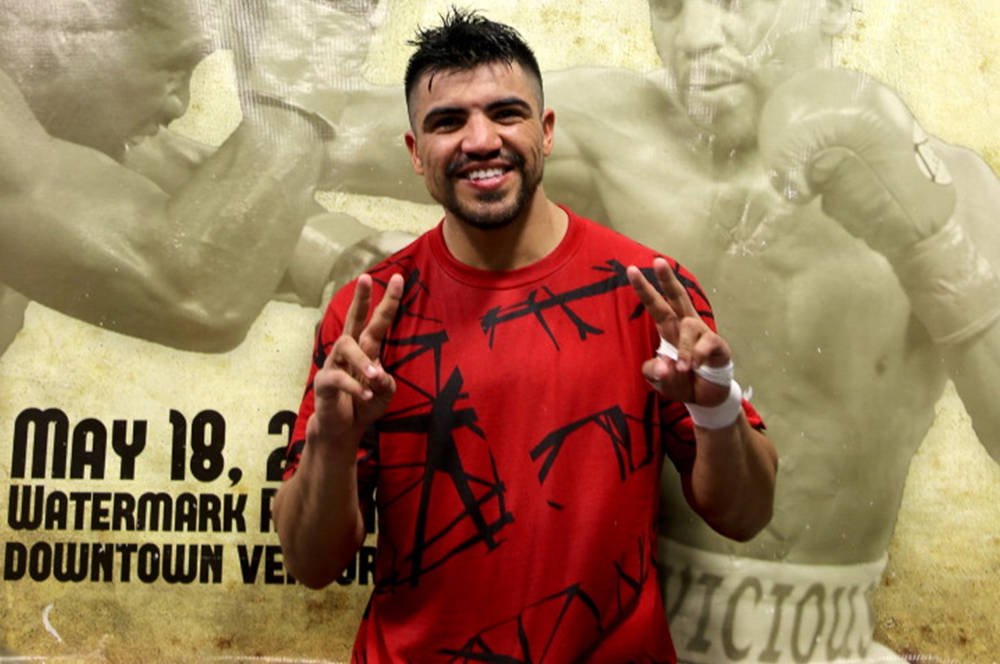 Former WBC welterweight champion Victor “Vicious” Ortiz (32-6-2, 25 KOs) says he’ll be back inside the ring in December to fight Josesito “The Riverside Rocky” Lopez (35-7, 19 KOs) in a long-awaited rematch between them.

Ortiz revealed the news of his rematch with the 33-year-old Lopez on his social media site. As of now, there still isn’t a set date of location for the rematch other than Ortiz sag the fight will take place in December. 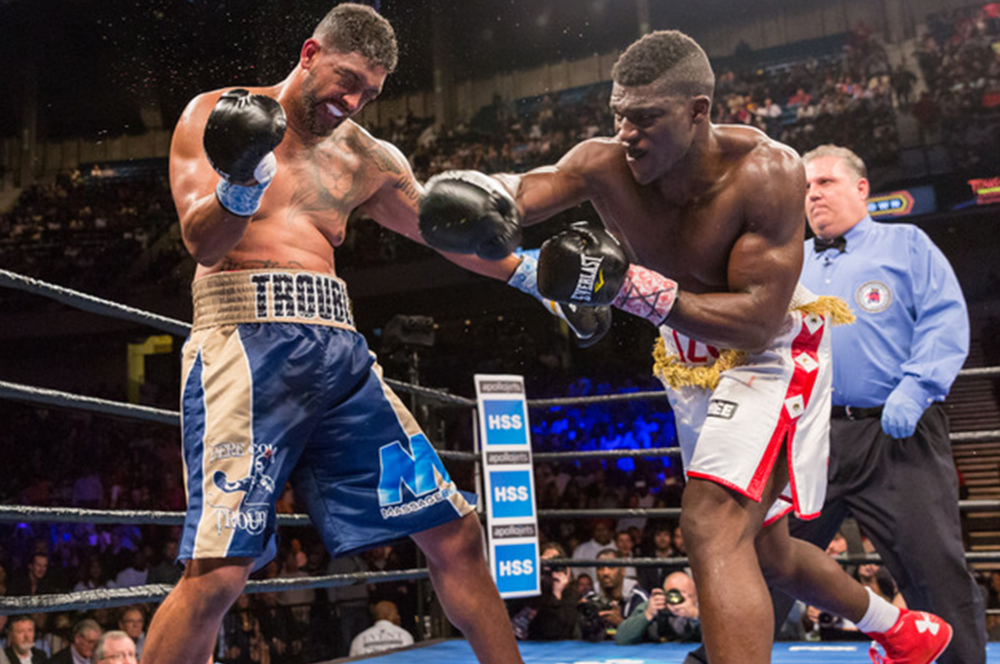 Breazeale vs. Molina would presumably be the co-feature bout on that card, which will be shown on Showtime World Championship Boxing at the Barclays Center in Brooklyn, New York. 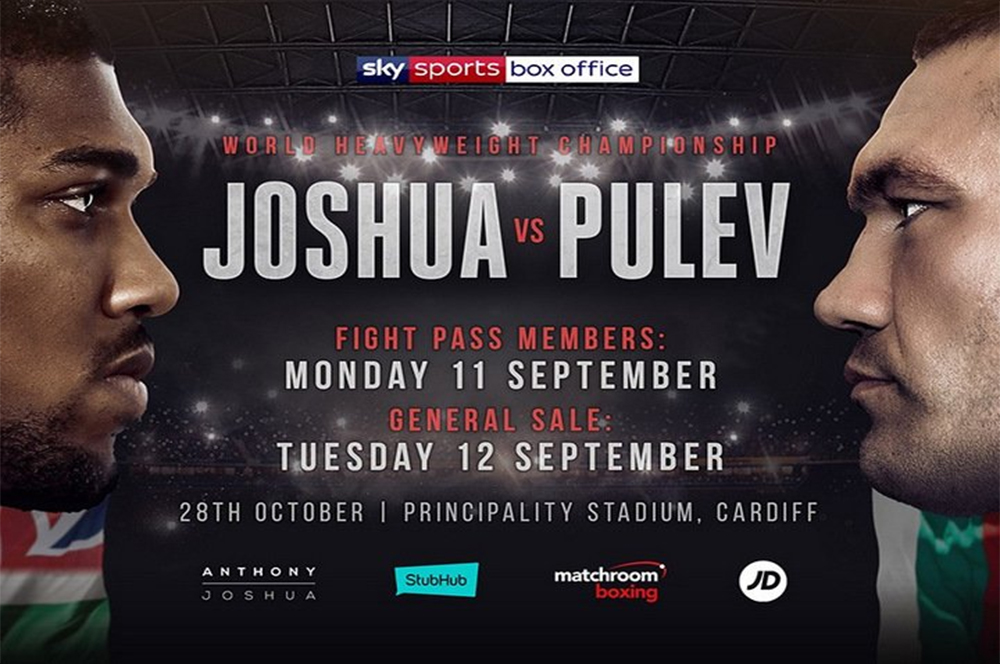 Challenger Kubrat Pulev (25-1, 13 KOs) believes he and IBF/WBA heavyweight champion Anthony Joshua (19-0, 19 KOs) both need to keep improving during tier career as they head into their fight later this month on October 28 at the Principality Stadium in Cardiff, Wales.

Pulev has studied Joshua’s past fights and he’s noted the problems he’s had. Pulev is also critical of himself from the mistakes he made his 5th round knockout loss to Wladimir Klitschko in 2014. In that fight, Pulev repeatedly walked into left hooks from Wladimir in the early going and was knocked down over and over again. 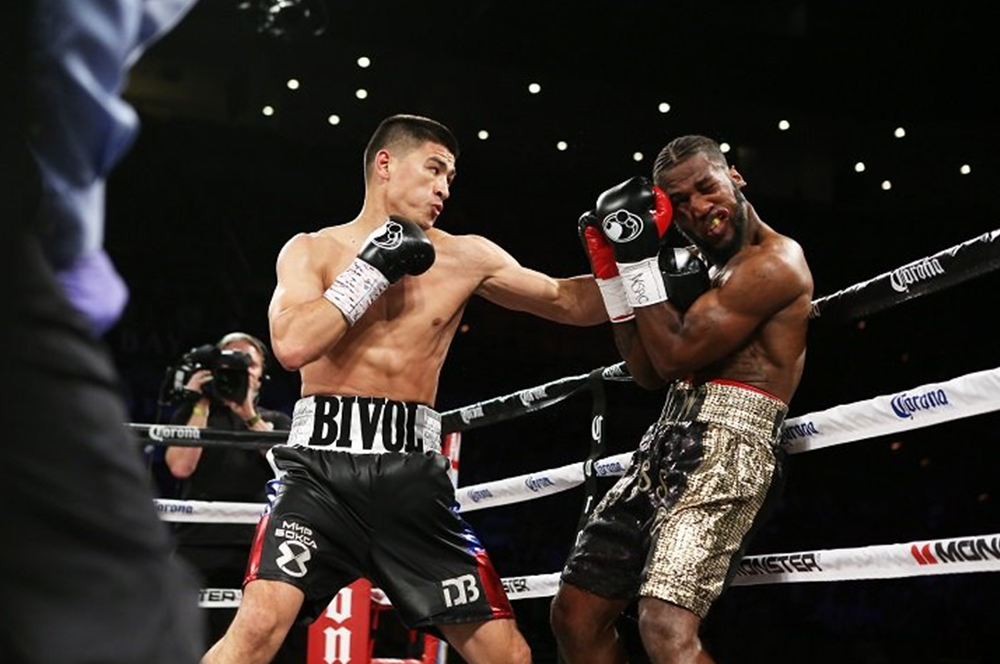