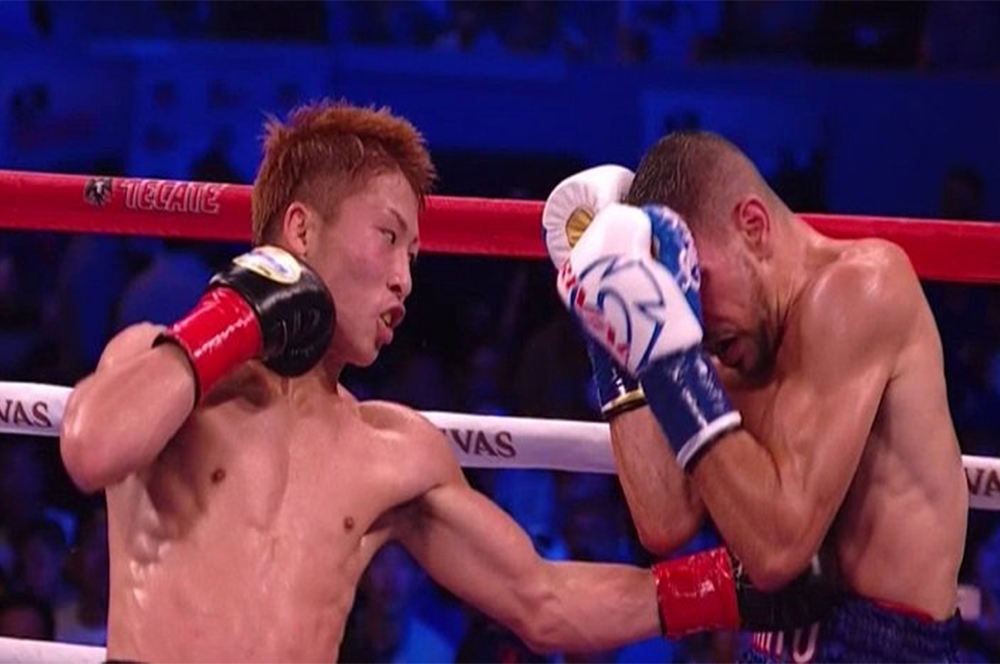 WBO World super flyweight champion Naoya Inoue (14-0, 12 KOs) put on a body punching clinic in stopping #7 Antonio Nieves (17-2-2, 9 KOs) in a 6th round on Saturday night at the StubHub Center in Carson, California.

The fight was halted by Nieves’ corner after round 6. He had taken too much punishment. Inoue, 24, dropped Nieves with a hard body shot in round 5. He continued to nail Nieves with body shots for the remainder of the round. 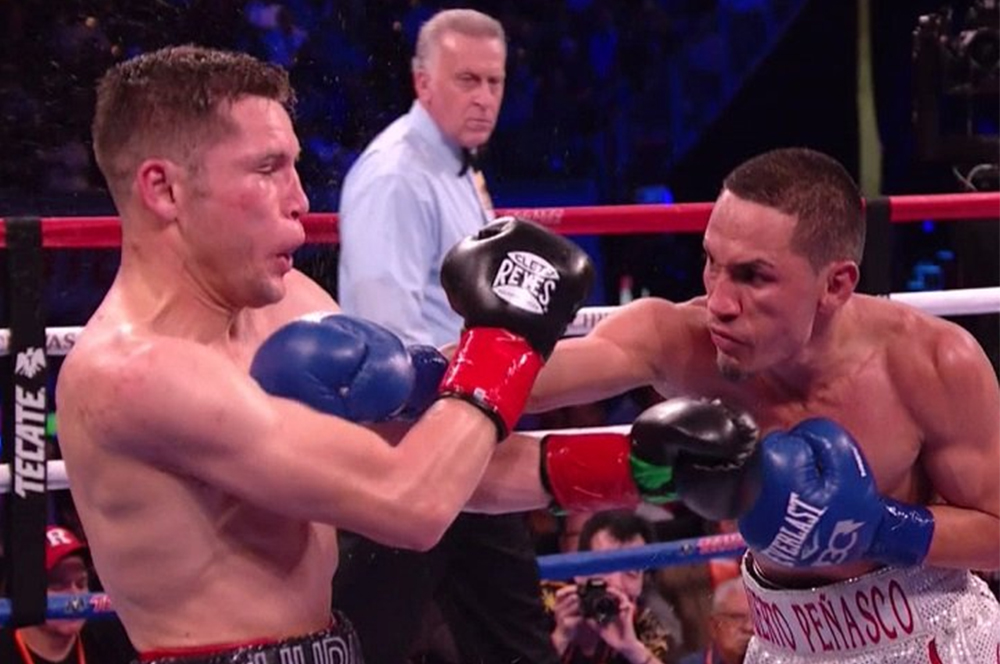 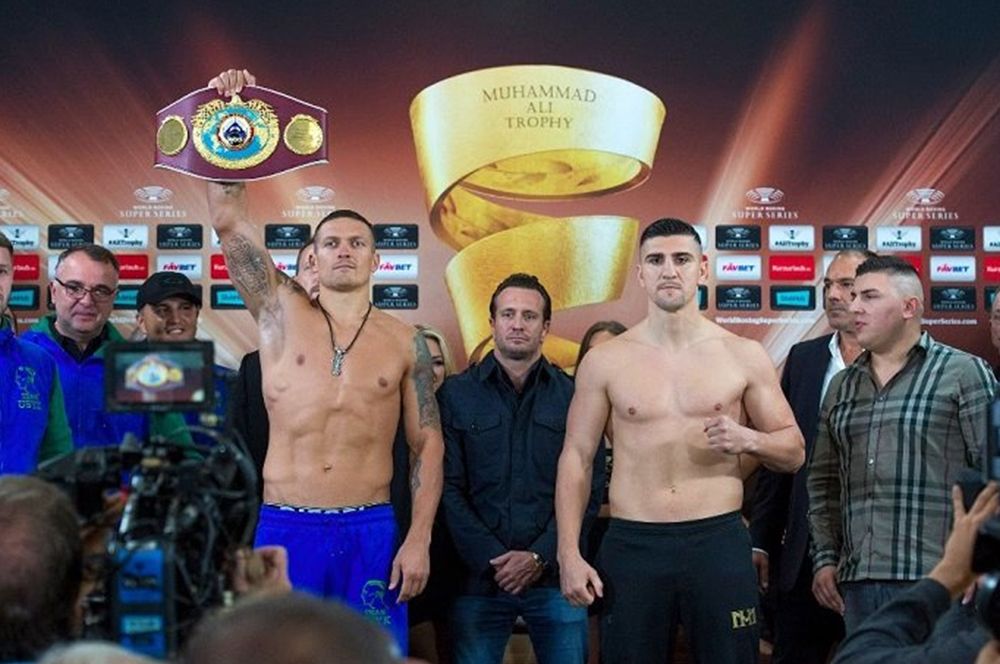 WBO cruiserweight world champion Oleksandr Usyk (12-0, 10 KOs) weighed in at 199 pounds for his title defense against former WBO champion Marco Huck (40-4-1, 27 KOs) on Friday for their fight this Saturday night in the quarterfinals of the World Boxing Super Series at the Max-Schmeling-Halle, in Berlin, Germany. 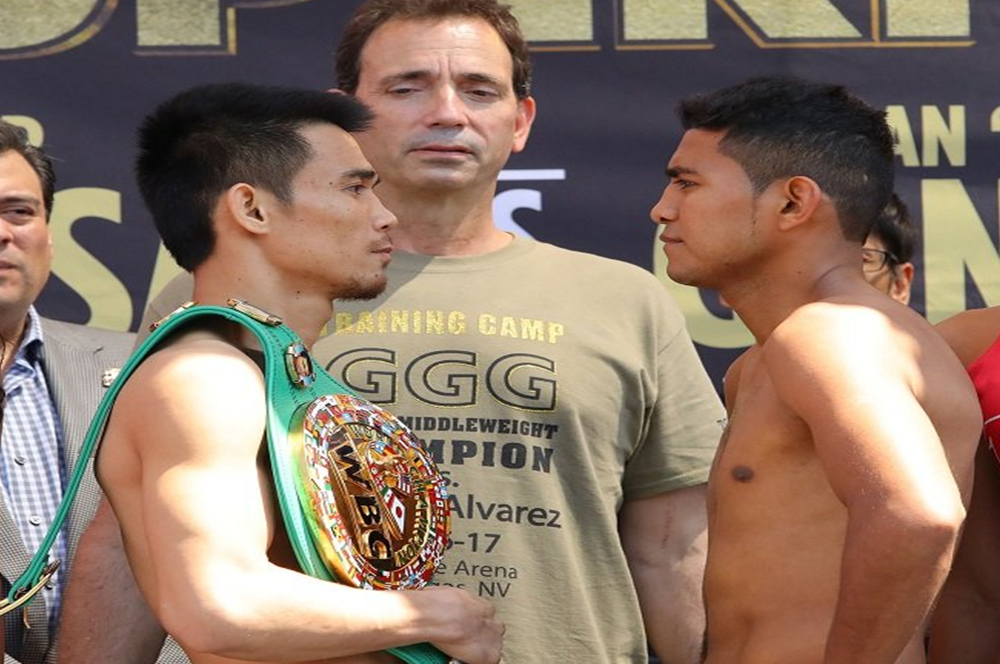 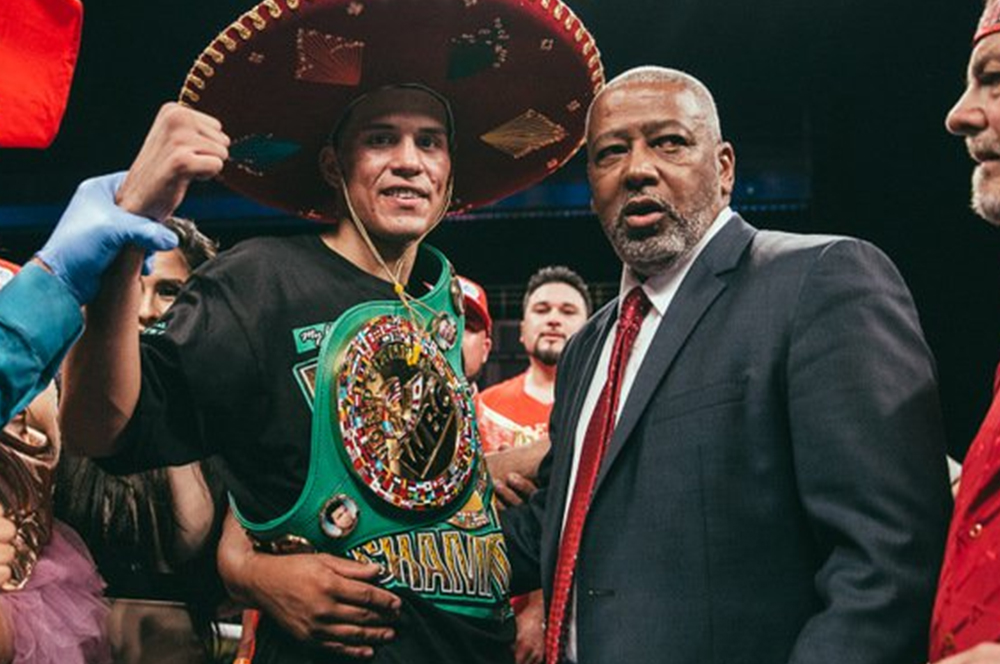 In an off performance, a very lackadaisical looking 20-year-old David Benavidez (19-0, 17 KOs) became the youngest fighter to ever win a super middleweight title in defeating Ronald Gavril (18-2, 14 KOs) by a 12 round split decision to win the vacant WBC 168 lb. title on Friday night on Showtime Boxing from the Hard Rock Hotel and Casino in Las Vegas, Nevada. 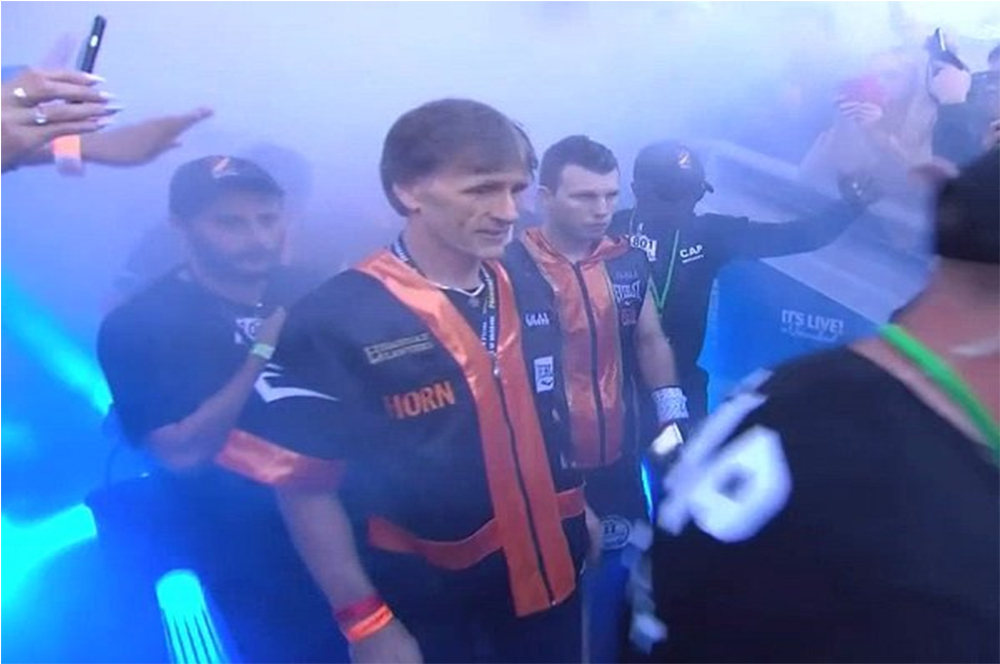 Skeete, 29, would be the replacement for Manny Pacquiao, who couldn’t make the November date for a rematch against Horn due to his prior commitments in the senate in the Philippines. 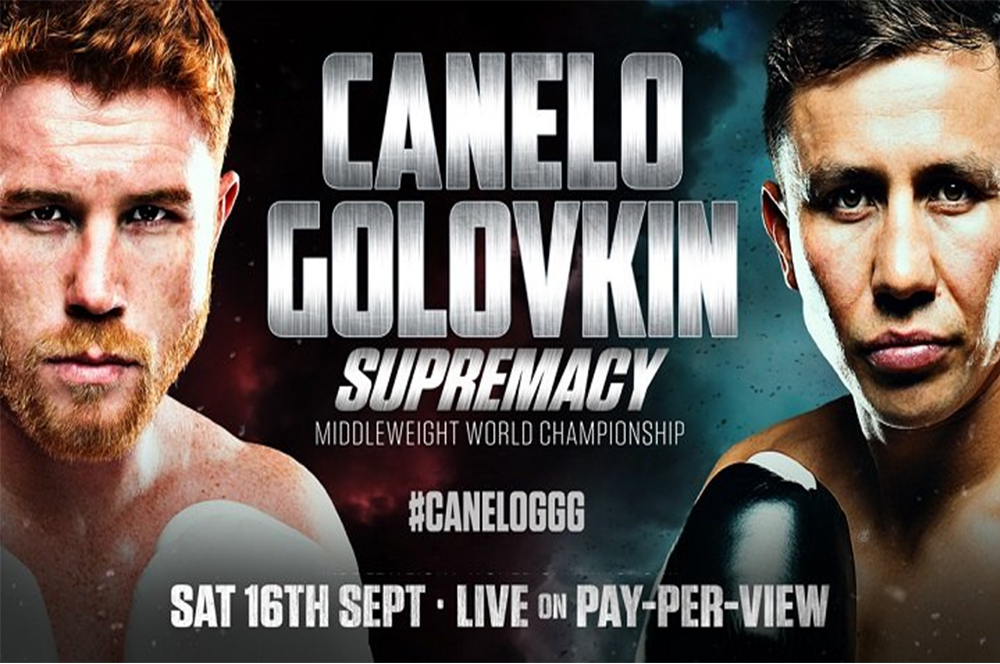 De La Hoya says there are now a high number of people saying that Canelo will not only beat Golovkin, but he’ll knock him out in the process. De La Hoya’s belief in Canelo stems from the head and torso movement he used to evade punches thrown at him. De La Hoya says Canelo has the better boxing skills compared to Golovkin, and the superior experience during his career. 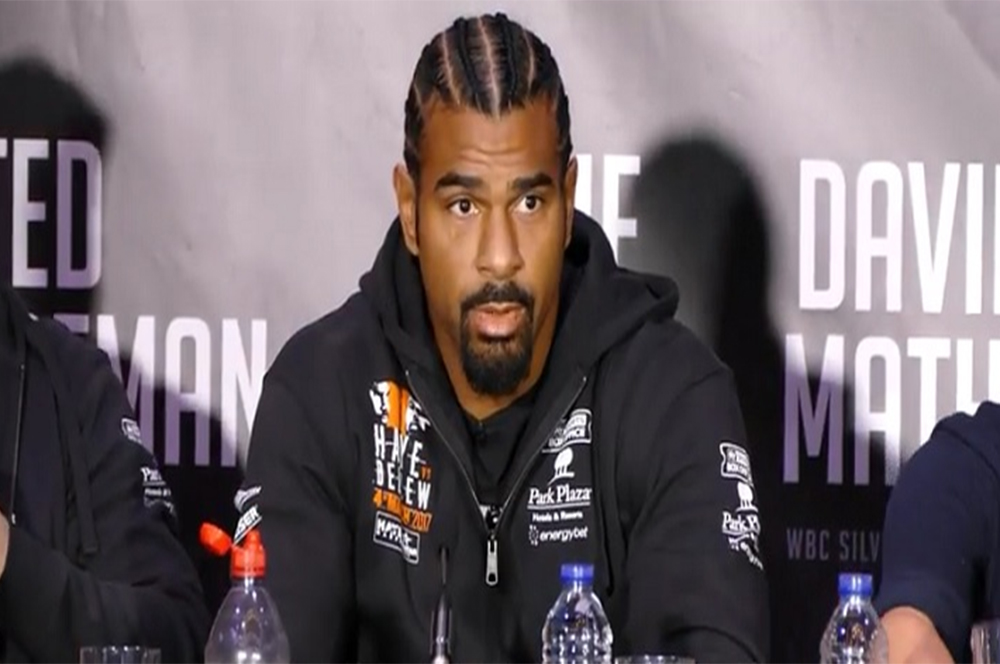 David Haye is hoping to get 2-4 wins under his belt and then challenge Anthony Joshua for his IBF/WBA heavyweight titles in 2018 if he still has the belts in his possession.

Haye (28-3, 26 KOs) is coming off an 11th round TKO injury loss to Tony Bellew from earlier this year on March 4 in London, England. Haye, 36, would like nothing better than to avenge the loss, but he’s not counting on the rematch against Bellew getting made. The 2 are not in agreement in the negotiations for the fight. Haye obviously isn’t going to bow down to Bellew and let him have his way in the negotiations and put himself at a disadvantage. As such, the Haye-Bellew rematch remains very much in doubt.

Floyd Mayweather Jr. vs. Conor McGregor may break the all-time pay-per-view record, but the live gate for the fight fell miserably short of the expectations for the event fight on August 26 at the T-Mobile Arena in Las Vegas, Nevada. 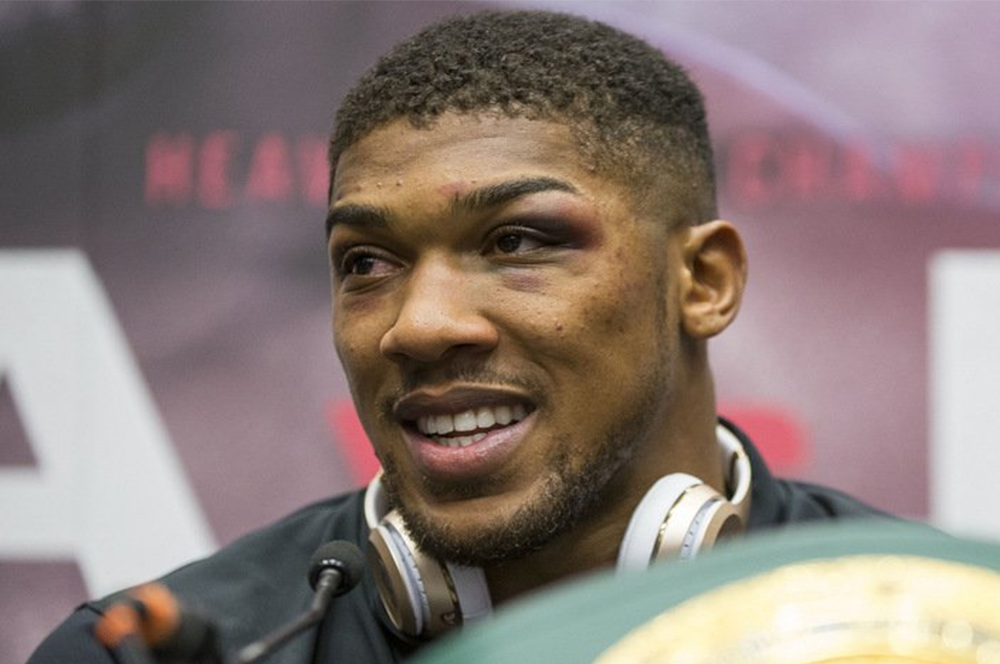 Unbeaten heavyweight champion Anthony Joshua says he wants to score his 20th consecutive knockout when he defends his IBF/WBA titles against his IBF mandatory Kubrat Pulev (25-1, 13 KOs) in their fight on October 28 at the Millennium Stadium in Cardiff, Wales.

Joshua, 27, wants to show off his talent o the boxing fans that come see him and the ones at home that order the fight on Sky Box Office pay-per-view. I haven’t heard anything about Showtime planning on televising the Joshua vs. Pulev fight in the States. 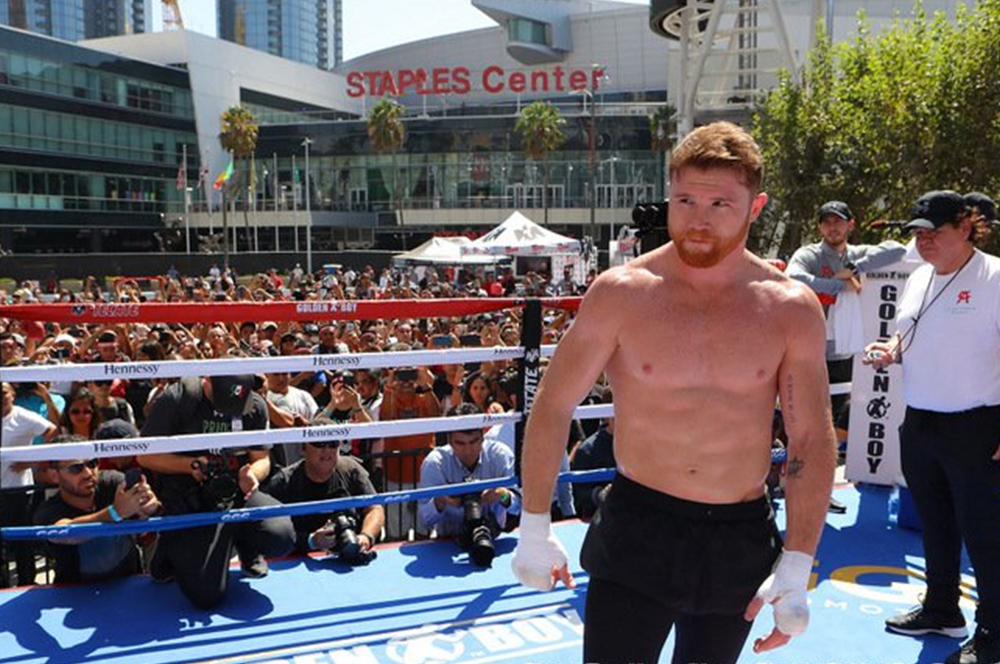 By now the fans have seen the incredible transformation in Saul Canelo Alvarez’s physique in going from a little tank-like junior middleweight to a fighter that could now be weighing in the 180s for his fight in 10 days from now against Gennady “GGG” Golovkin. 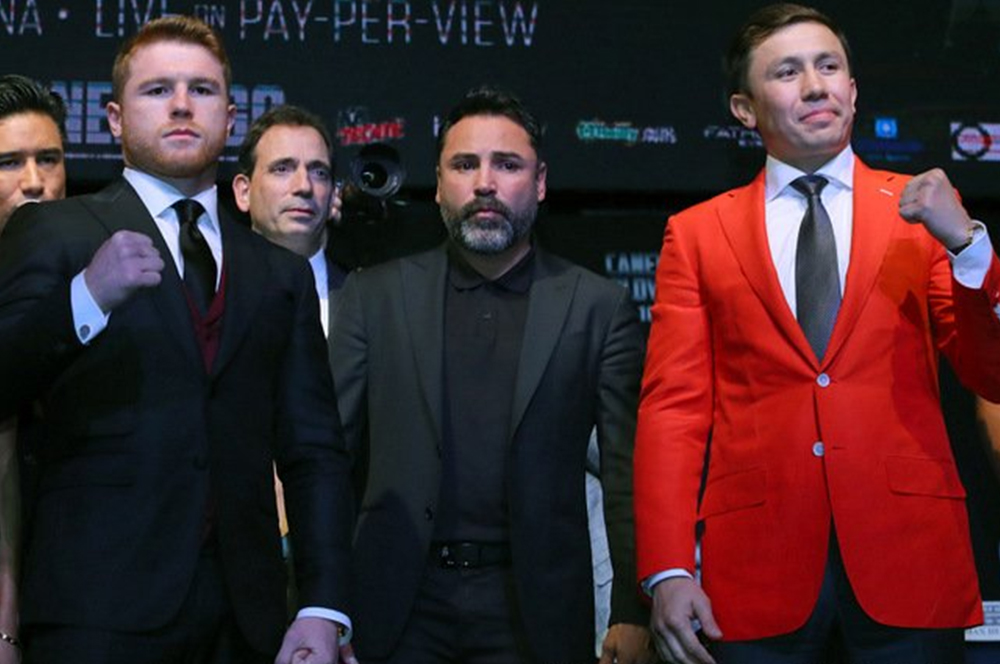 On September 16th, 2017, Saul “Canelo” Alvarez (49-1-1, 34 KOs) will attempt to climb a hill that few fighters have summited. In this era of multiple sanctioning organization champions, it is a common feat to pick up a belt in several weight classes. However, the feat of a welterweight or junior middleweight defeating the perceived “best” middleweight has only happened in a few rare instances. 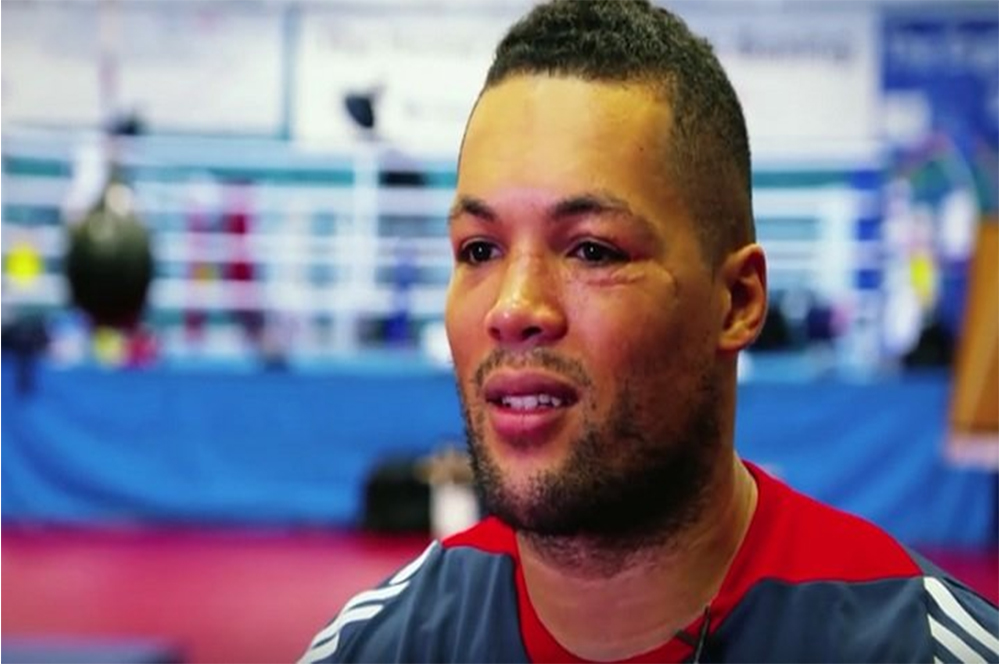 2016 Olympic super heavyweight silver medalist Joe Joyce will be making his pro debut next month against British domestic level fighter Ian Lewison (12-3-1, 8 KOs) in a scheduled 10 round bout on October 20 at the Indigo at The O2 in London, England.