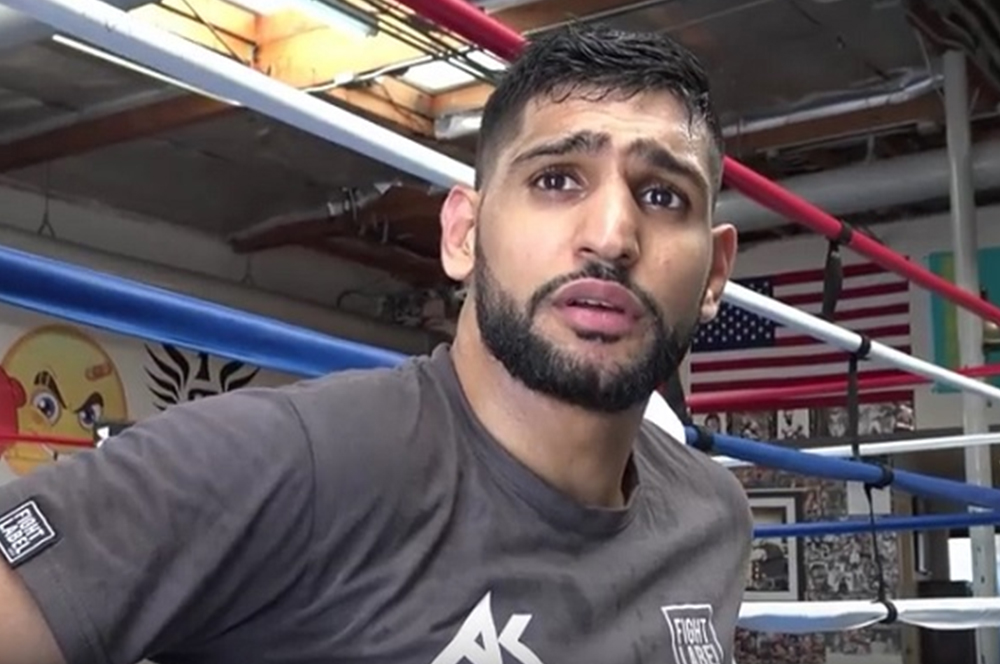 Promoter Eddie Hearn hasn’t given up on the idea of putting together a fight between former world champions Kell Brook and Amir Khan. Hearn is counting on making the Brook-Khan fight in 2018 after both of them have taken tune-up fights to get ready. 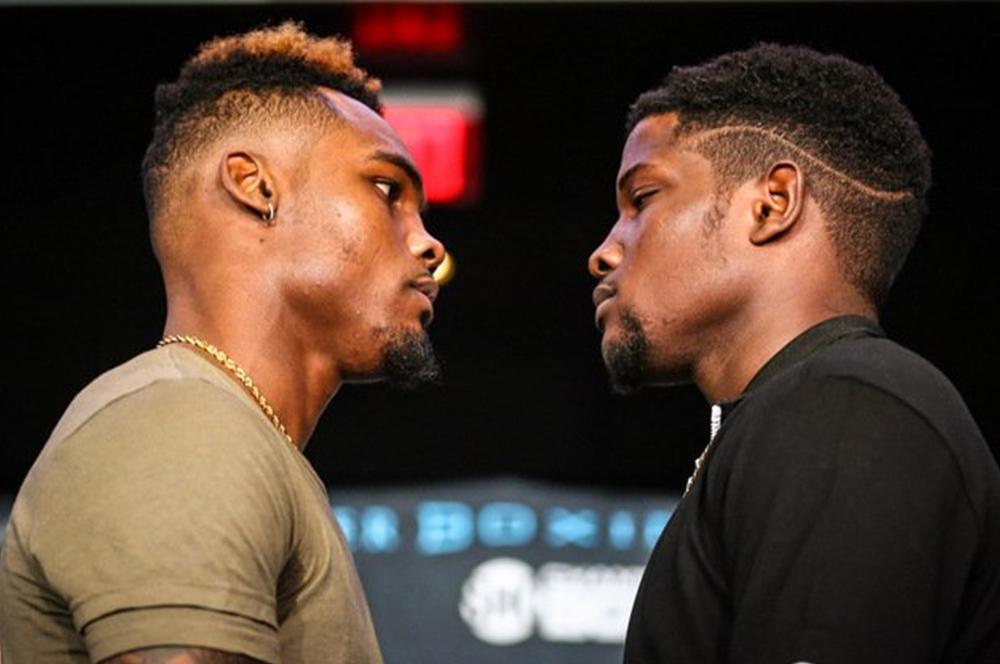 Erickson “The Hammer” Lubin (18-0, 13 KOs) says he plans on attacking the older 27-year-old WBC light middleweight champion Jermell Charlo (29-0, 14 KOs) this Saturday night and outworking him with a high-volume attack in their triple-header fight on Showtime Championship Boxing at the Barclays Center in Brooklyn, New York. 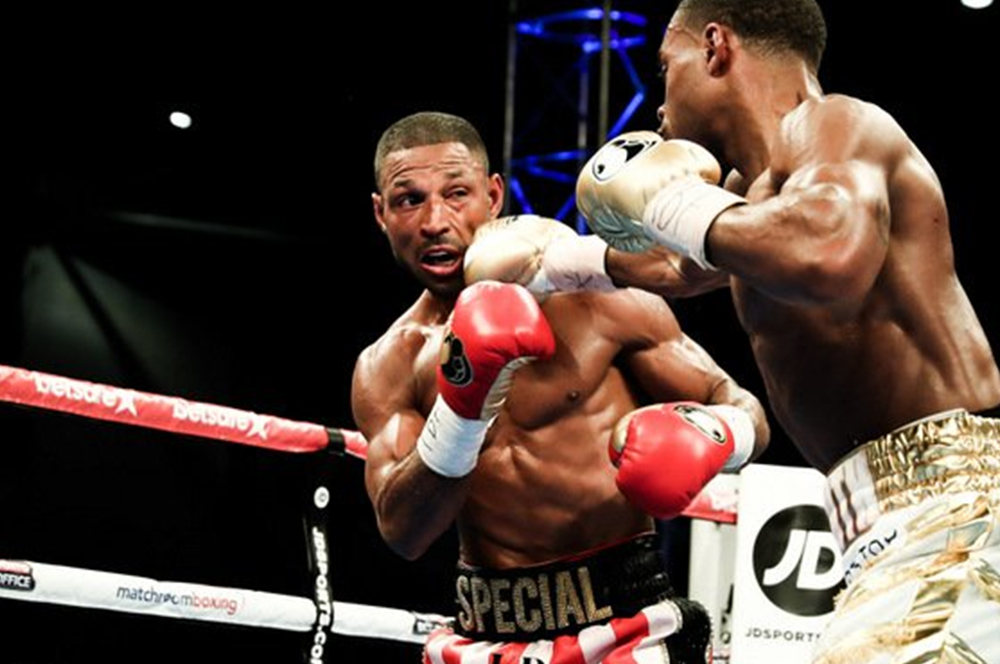 Former welterweight world champion Kell Brook (36-2, 25 KOs) says he’s going to try and return to the 147-lb. division if his body well let him. Brook, 31, would like to fight Amir Khan if he’s finally ready to make the fight.

Brook fancies his chances of knocking out Khan, who hasn’t fought since he was knocked out by Saul Canelo Alvarez over a year ago on HBO pay-per-view. 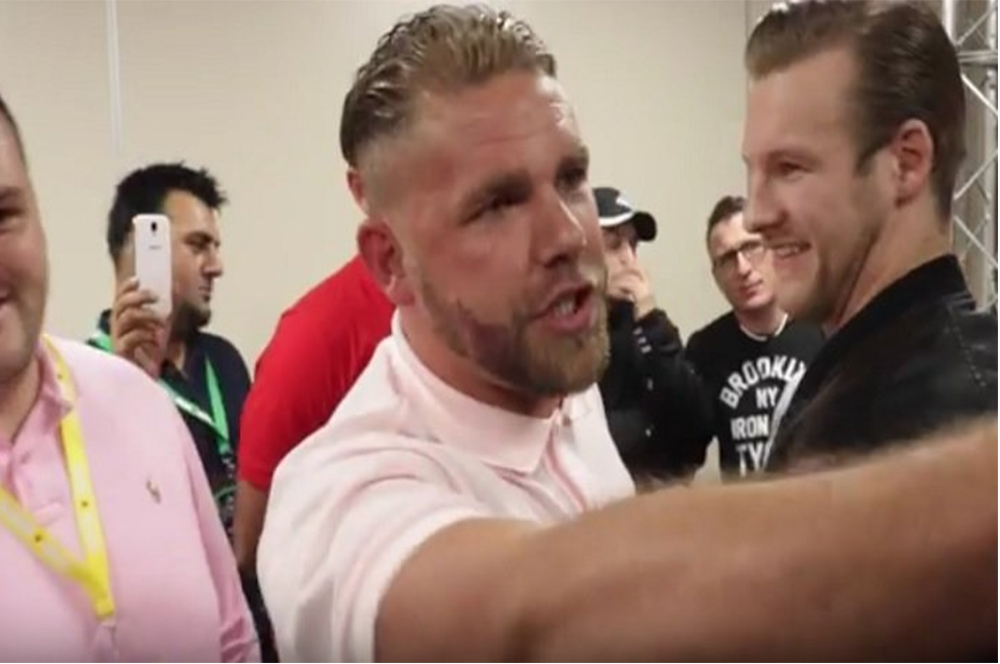 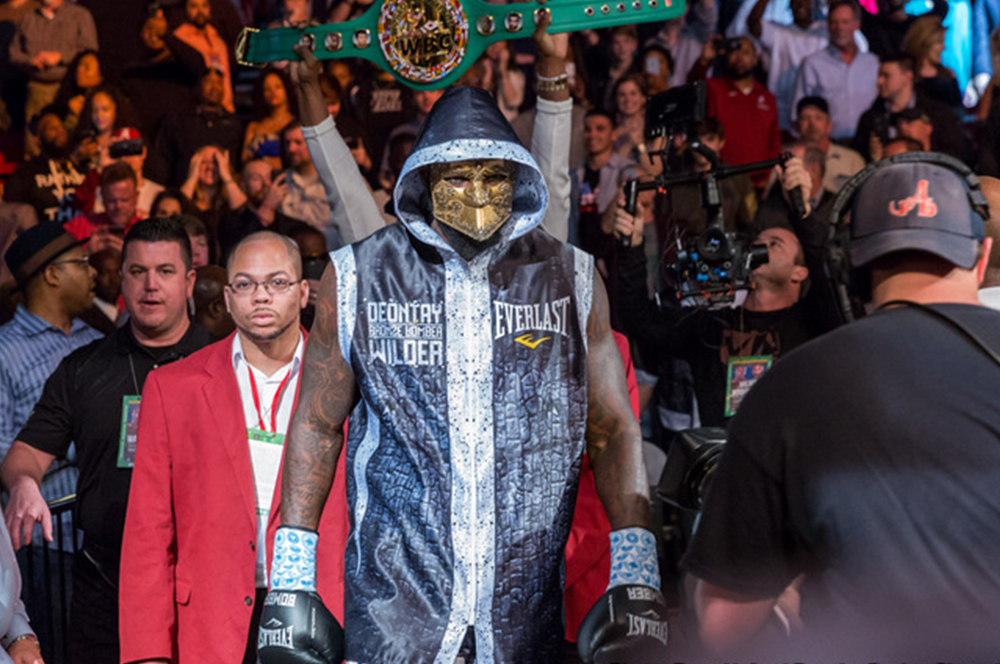 Deontay Wilder responded back to Anthony Joshua on Monday in addressing the comments he made to media about wanting to jam a jab down his throat. Wilder (38-0, 37 KOs) took 7 hours to respond to Joshua’s message, and when he did, he didn’t like the way he worded his comments, and that he’s going to teach him how to talk. 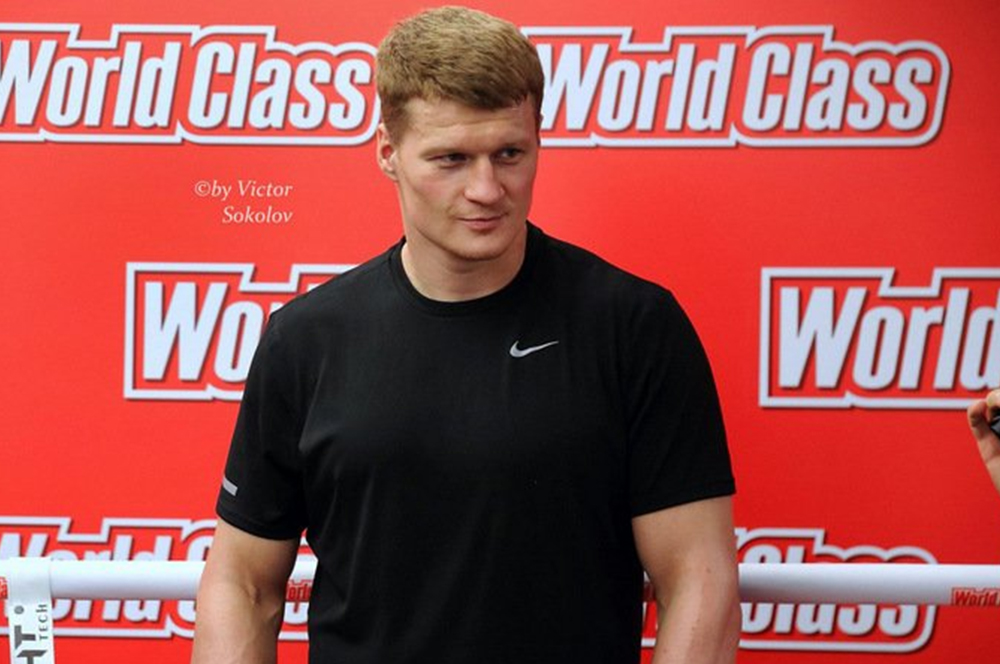 Former WBA heavyweight champion Alexander Povetkin (32-1, 23 KOs) will be fighting on December 15 against an opponent still to be determined at the DIVS in Ekaterinburg, Russia. 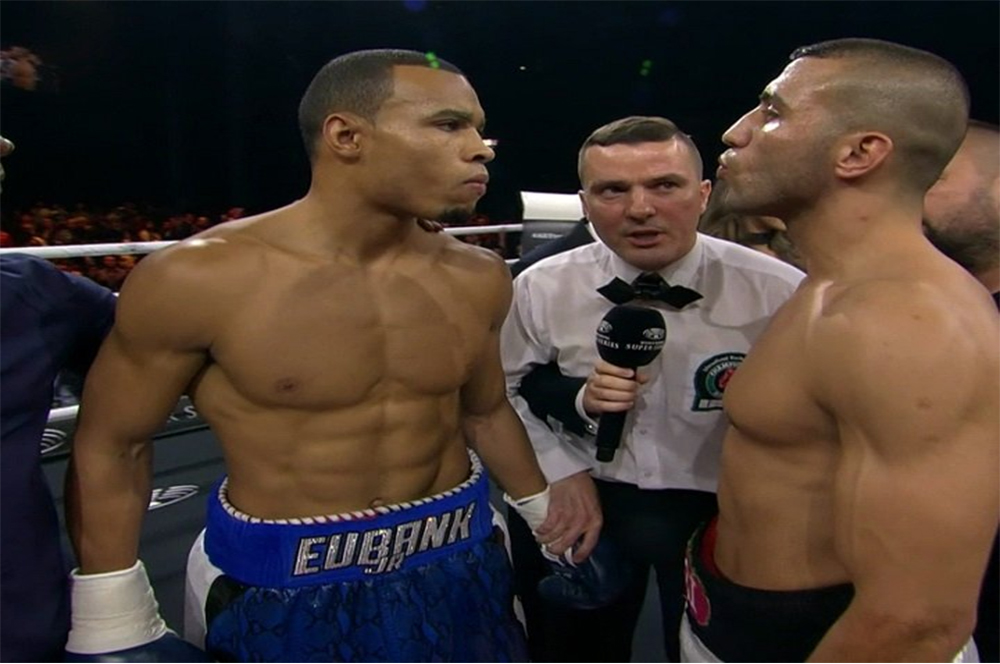 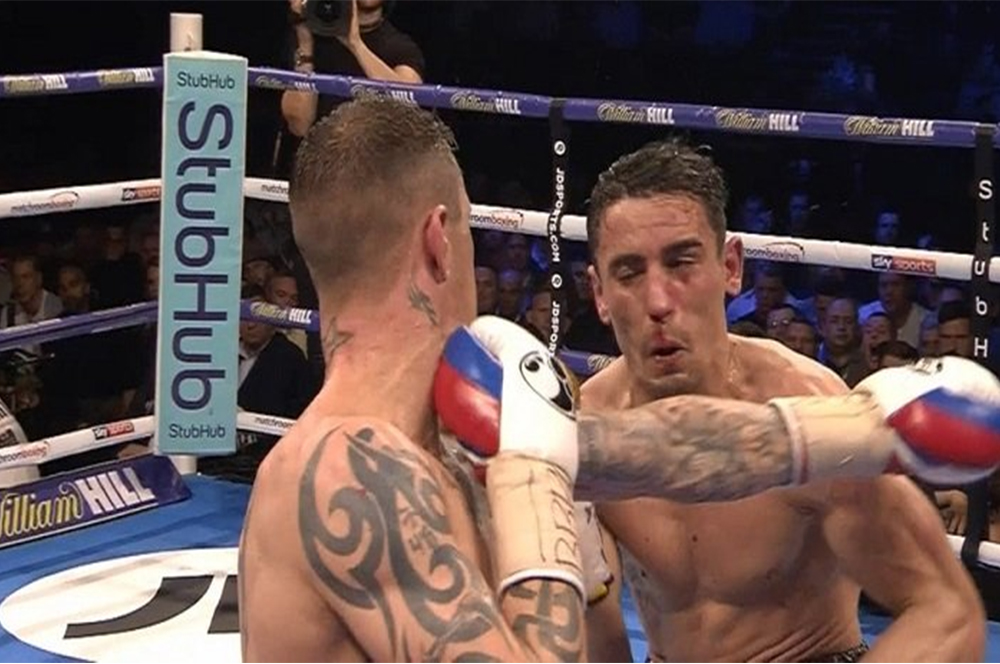 Former WBA World lightweight champion Anthony Crolla (32-6-3, 13 KOs) pounded out a 12 round unanimous decision over former 3 division world champ Ricky Burns(41-7-1, 14 KOs) on Saturday night in a crossroads fight for the two of them at the Manchester Arena in Manchester, England. 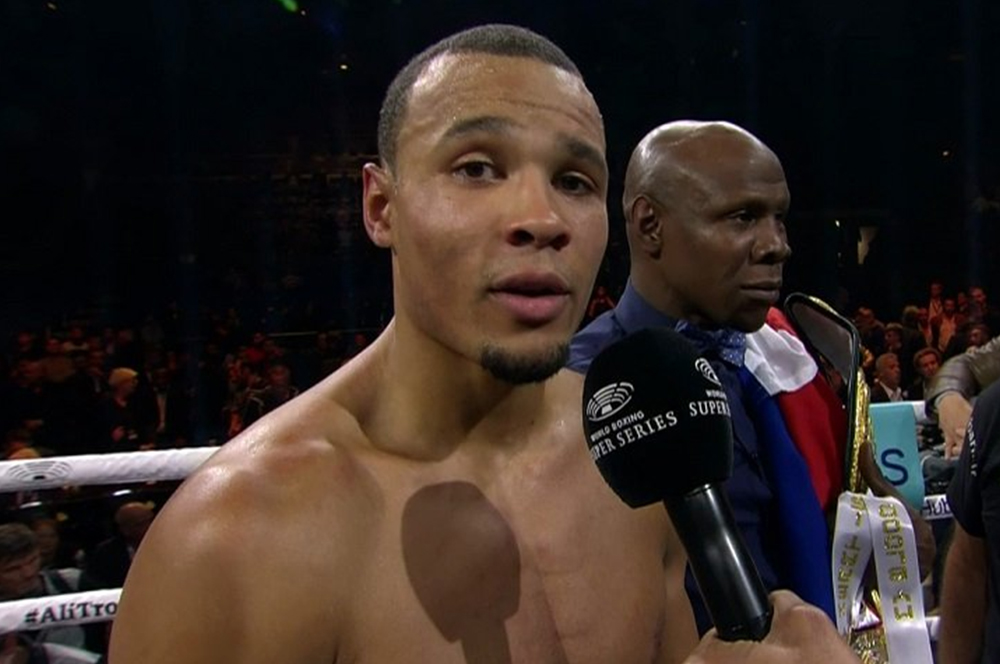 Following his 3rd round knockout win over Avni Yildirim (16-1, 10 KOs) on Saturday night in the World Boxing Super Series tournament, IBO super middleweight champion Chris Eubank Jr. (26-1, 20 KOs) called out WBA 168 lb. champion George Groves, telling him that he’s coming for him and imploring him not to lose his fight next Saturday night against Jamie Cox in the tournament. 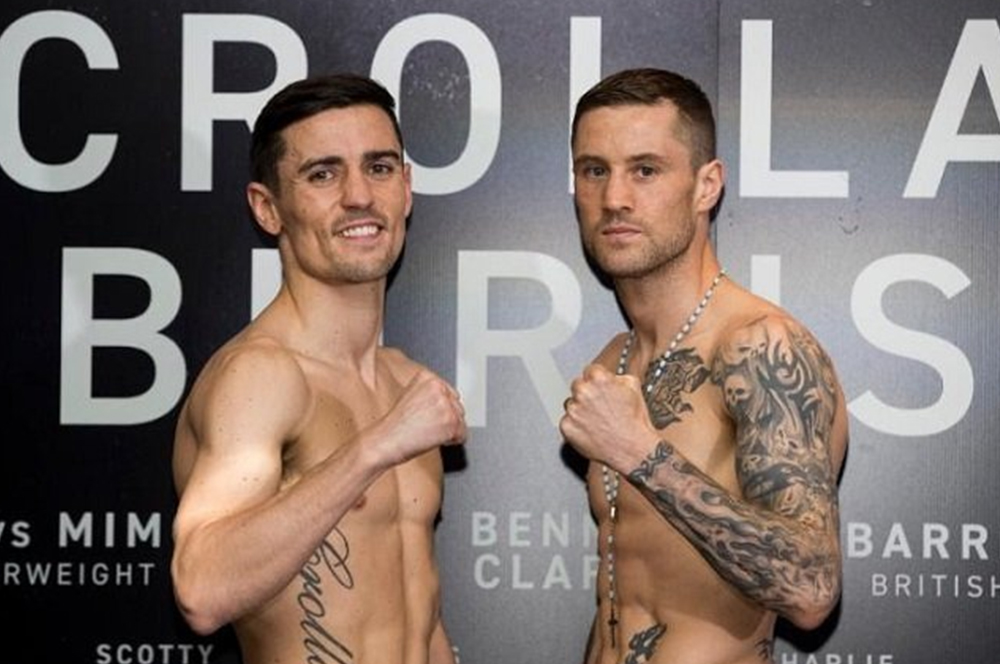 Ricky Burns (41-6-1, 14 KOs) weighed in at 134.5 pounds for his fight this Saturday night against former lightweight belt holder Anthony Crolla (31-6-3, 13 KOs) for their fight at the Manchester Arena in Manchester, England. Crolla weighed in at 134.9 lbs.

It was a calm weigh-in. Neither fighter tried to use intimidation tactics, nor there was zero jawing back and forth the way you sometimes see at weigh-ins between fighters that dislike each other. Burns and Crolla appear to be on friendly terms. 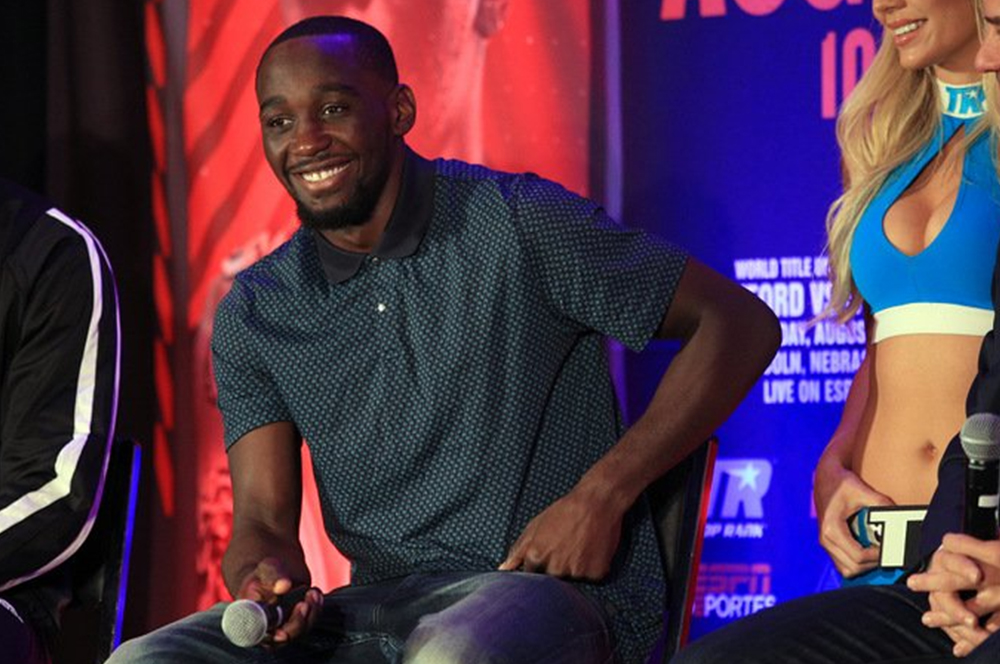 Terence “Bud” Crawford says he’ll be fighting IBF welterweight champion Errol “The Truth” Spence Jr. (22-0, 19 KOs), and he questions what’s so special about him. Crawford says he’s now fighting at 147 despite him not having given up all of his 140 lb. titles. 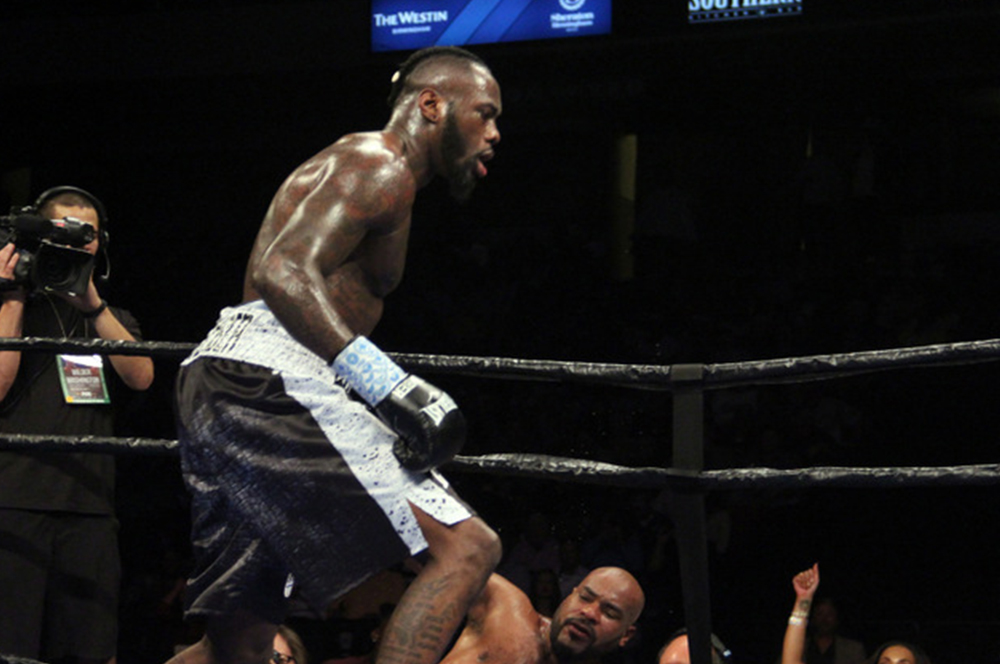 Deontay Wilder (38-0, 37 KOs) opened on IBF/WBA heavyweight champion Anthony Joshua with both barrels in criticizing him for saying he’s not sure if he’s ready to face him now. Wilder took that to mean that the 27-year-old Joshua is getting cold feet about wanting to fight him.

Wilder, 31, says Joshua is talking about not wanting to fight him until 2010. Wilder sees that as a ploy to try and wait him out until he gets old before he faces him in 3 years from now. Wilder says he won’t be old anytime soon. Wilder says isn’t sure if Joshua is scared or using performance enhancing drugs. 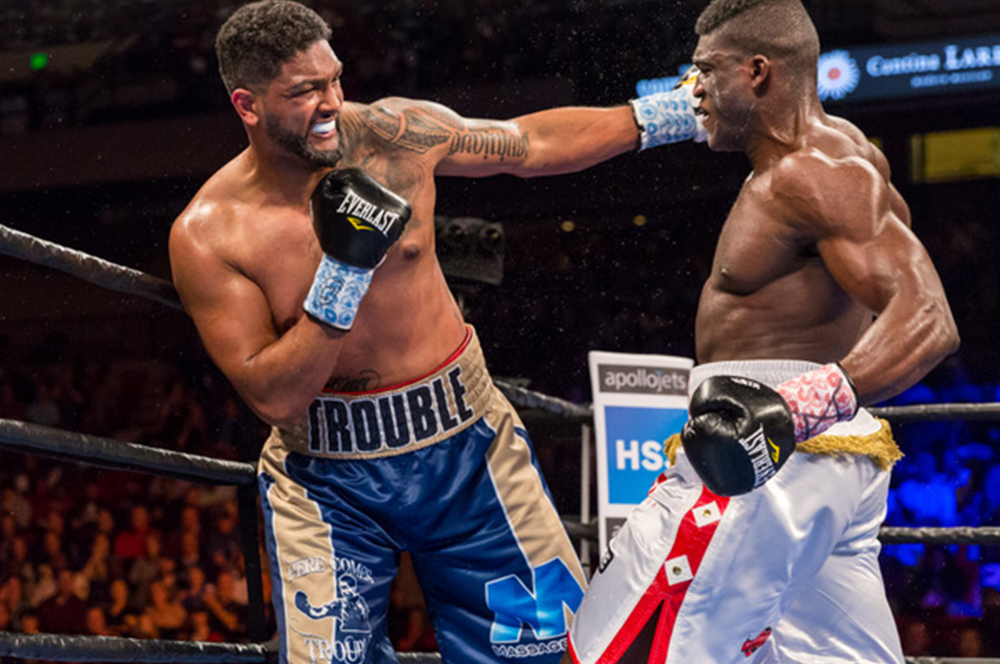 Dominic Breazeale (18-1, 16 KOs) says open to fighting British heavyweight Dillian Whyte (21-1, 16 KOs) on October 28 on the undercard of the Anthony Joshua vs. Kubrat Pulev card in Cardiff, Wales. Breazeale is more than a handful for a good but flawed heavyweight like Whyte. I consider Whyte vs. Breazeale as a 50-50 fight, especially given the small amount of preparation time for both guys to train.