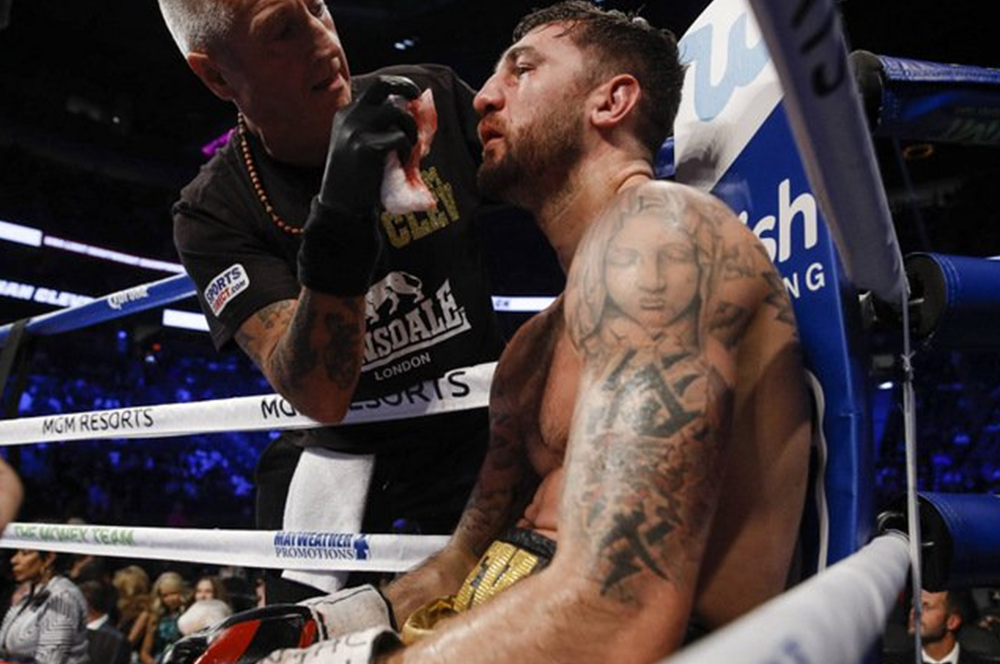 Following his 5th round knockout loss to Badou Jack (22-1-2, 13 KOs) last Saturday night, Nathan Cleverly (30-4, 16 KOs) announced his retirement on his social media site. Only 30-yeaars-old, Cleverly said he had “Too many miles” on him from his 12-year pro career. Cleverly lost his WBA World light heavyweight title in the defeat to Jack. 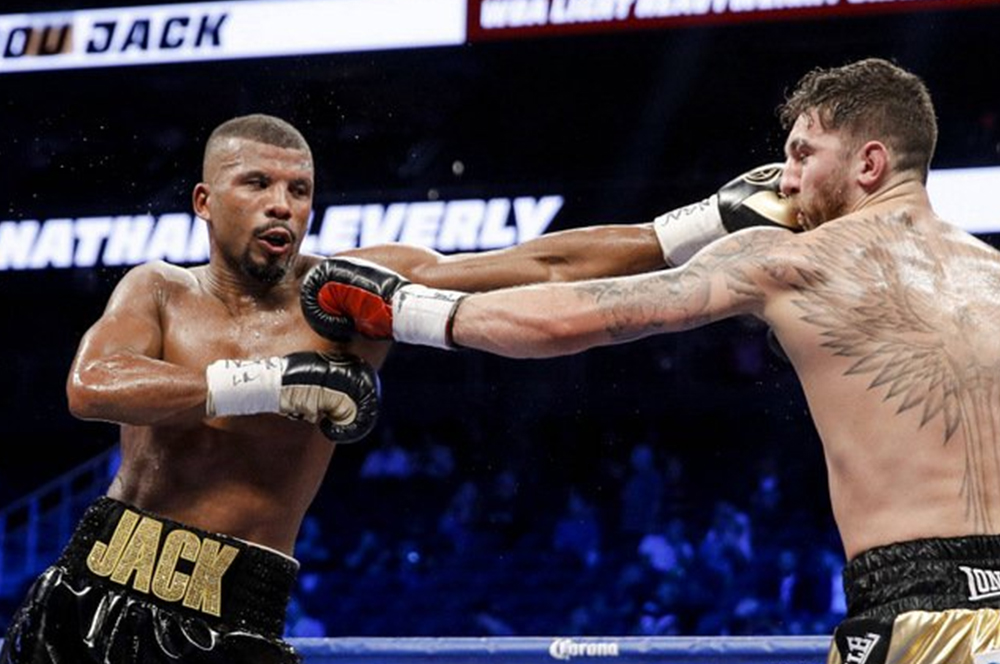 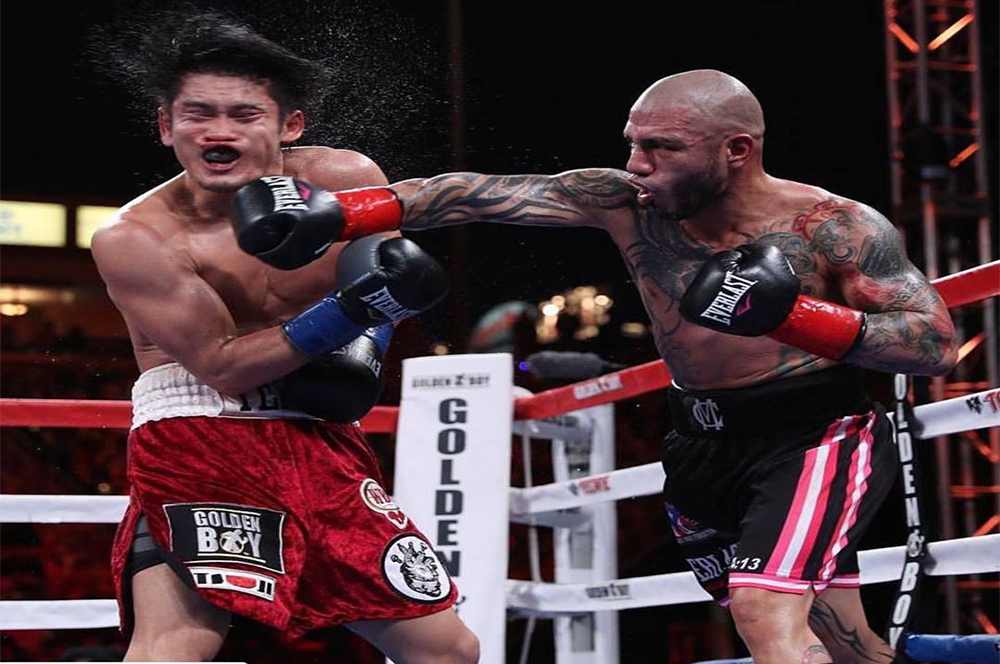 Miguel Cotto made his return to the boxing ring Saturday night after nearly two years without a fight, and he looked the part of a veteran champion as he decimated Yoshihiro Kamegai en route to a resounding unanimous-decision victory Saturday night at the StubHub Center in Carson, California. 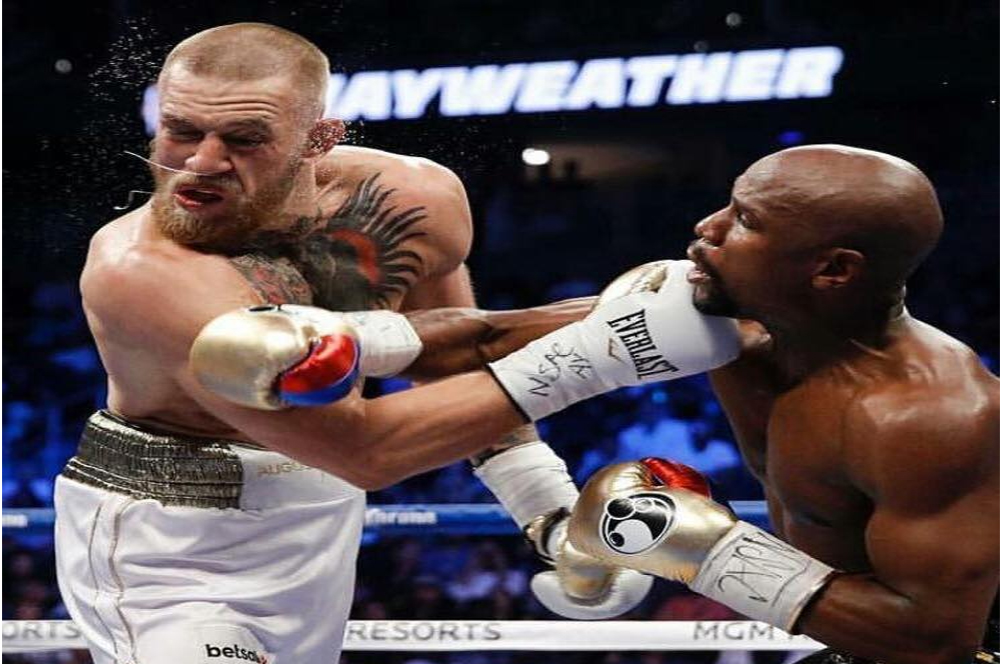 "God only made one thing in this world that's perfect-and that's my boxing record." 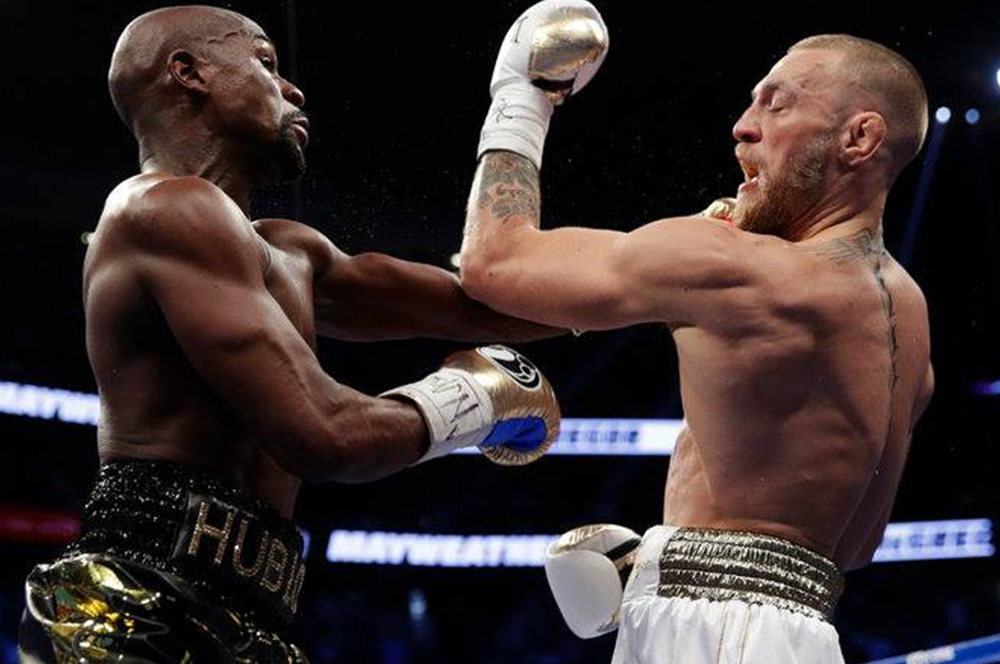 Floyd Mayweather Jr. beats Conor McGregor in round 10 Via Technical Knockout. Mayweather to take his record to 50-0.He passes Rocky Marciano for most wins without a loss/draw in boxing history. Mayweather backed McGregor onto the ropes with a series of rights and lefts. McGregor’s face was completely bloodied. He was about to fall through the ropes, and the referee stepped in to stop the fight with 1:55 remaining in the round. 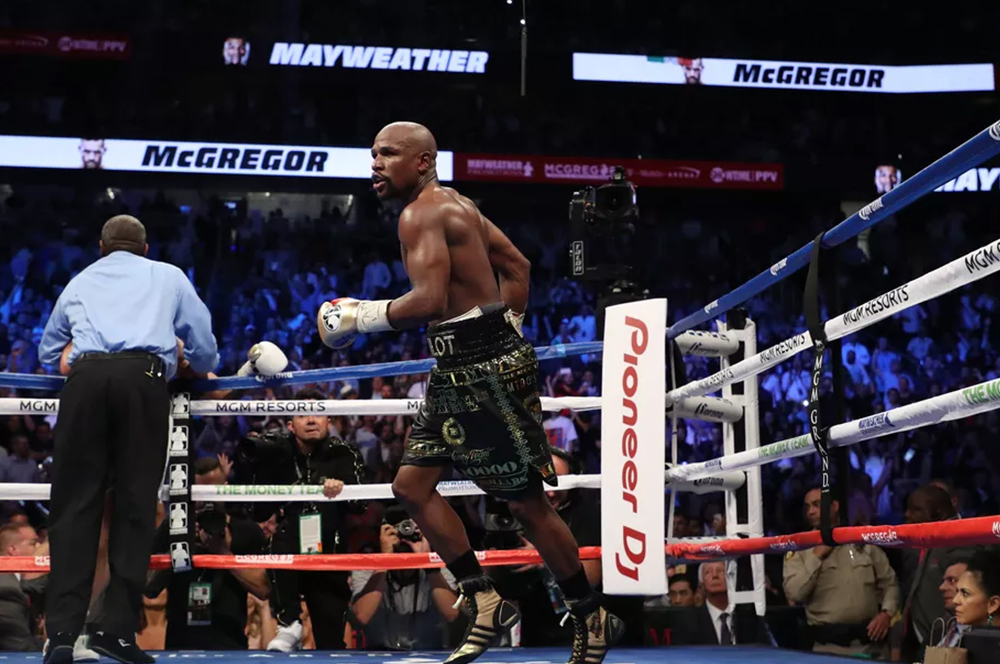 Floyd Mayweather beat Conor McGregor in the 10th round of their fight on Saturday night in Las Vegas. Referee Robert Byrd stopped the fight as Mayweather pummeled a clearly fatigued McGregor. In an interview after the bout ended, Showtime’s Jim Gray asked Mayweather if he’d ever fight again, now that he’s 50-0 as a professional. 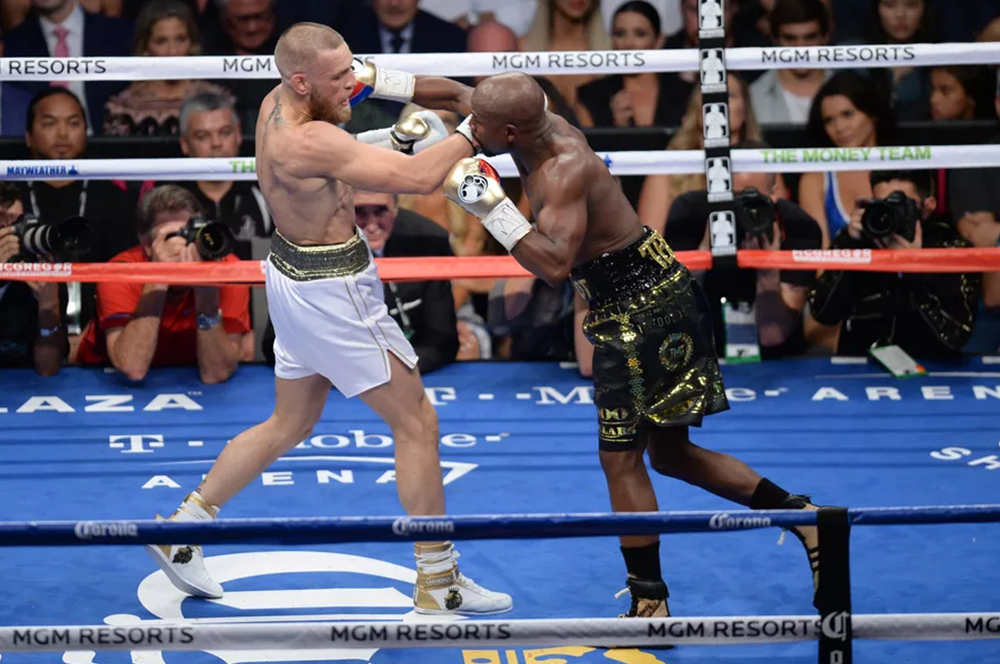 Following his defeat at the hands of Floyd Mayweather Jr. on Saturday, Conor McGregor was grateful for the opportunity to share the ring with one of boxing’s biggest stars, but he would have liked a little more time to work.

Referee Robert Byrd stepped in to wave off their bout and award Mayweather the match by 10th-round TKO in the main event at the T-Mobile Arena in Las Vegas, Nev. McGregor was not knocked down at any point in the match, but the finish came after a series of unanswered blows from Mayweather that left the UFC lightweight champion on the ropes. 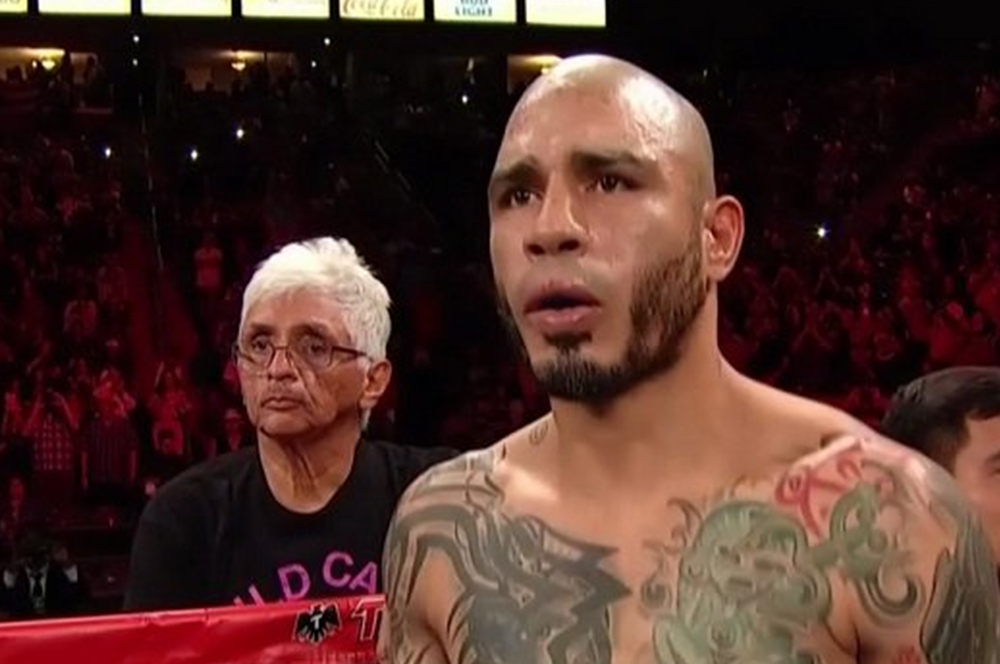 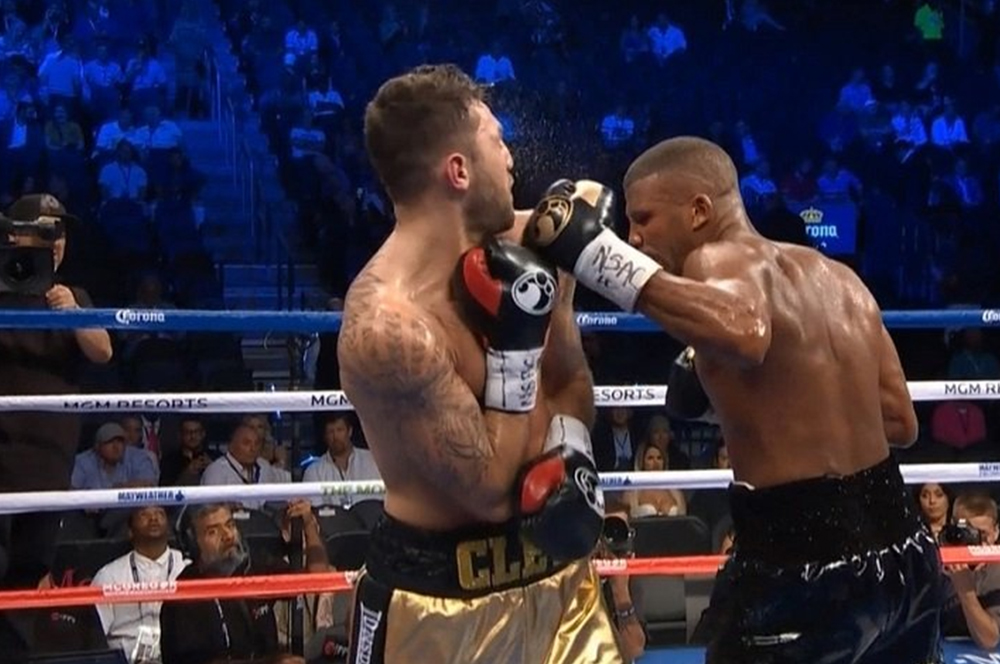 Former super middleweight champion Badou Jack (22-1-2, 13 KOs) trounced WBA World light heavyweight champion Nathan Cleverly (30-4, 16 KOs) in stopping him in the 5th round on Saturday night on the undercard of the Floyd Mayweather Jr. vs. Conor McGregor card on Showtime pay-per-view from the T-Mobile Arena in Las Vegas, Nevada.

Jack, 33, battered Cleverly, bloodying his nose and hitting him at will until referee Tony Weeks stepped in to stop the slaughter at 2:47 of round 5. Cleverly was just covering up, taking shots and not letting his hands go nearly enough to keep Jack off him. 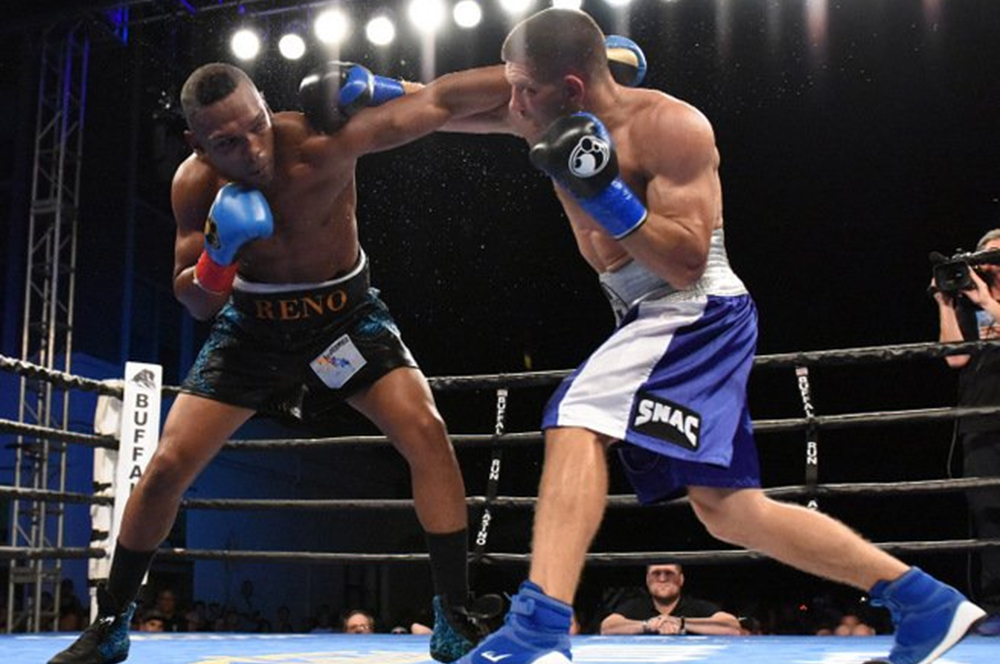 Sergiy Derevyanchenko (11-0, 9 KOs) stayed unbeaten with a 12th round knockout over #1 IBF Tureano Johnson (20-2, 14 KOs) in an IBF middleweight eliminator bout on Friday night at the Buffalo Run Casino in Miami, Oklahoma.

Derevyanchenko, 31, knocked Johnson down with a left hook to the head in round 12. The referee halted Gary Ritter then stopped the fight. The official time of the stoppage was at 0:40 of round 12. This was one of the most grueling televised fights of 2017. I can’t remember seeing anything nearly as hard a fight for both competitors as tonight’s Johnson vs. Derevyanchenko. 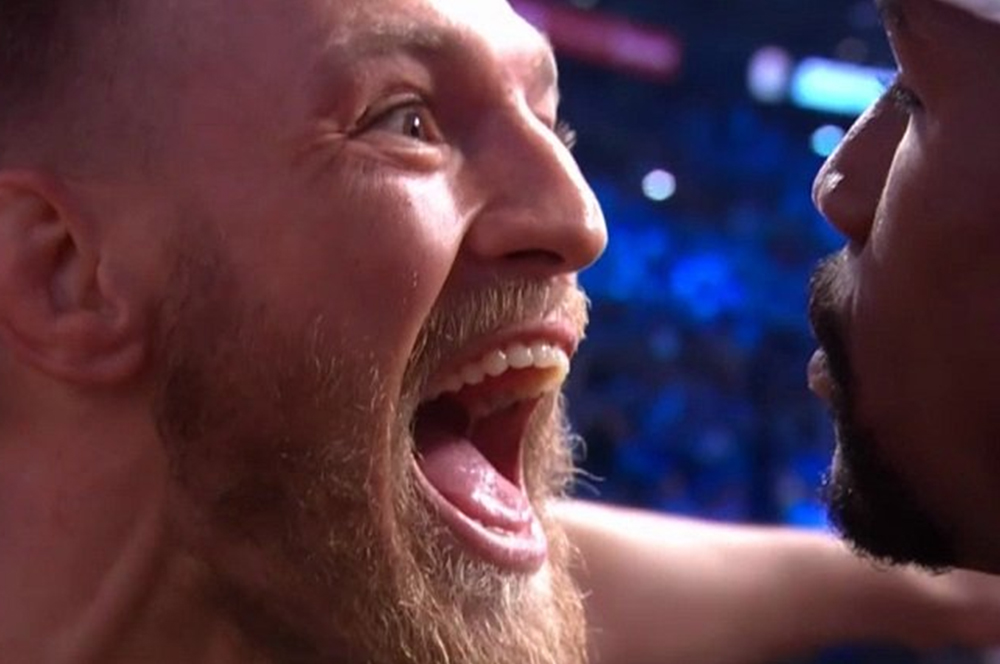 For one and rare times in his lengthy career Floyd Mayweather Jr. has experienced defeat. The defeat has happened before the match in all the pre-talks and interviews leading up to his fight tomorrow night against charismatic Conor McGregor at the T-Mobile Arena in Las Vegas, Nevada.

McGregor has outlasted and outmatched any of the promotional antics of Mayweather. McGregor appears to be a natural in that department. He talks like no other Mayweather has ever faced. 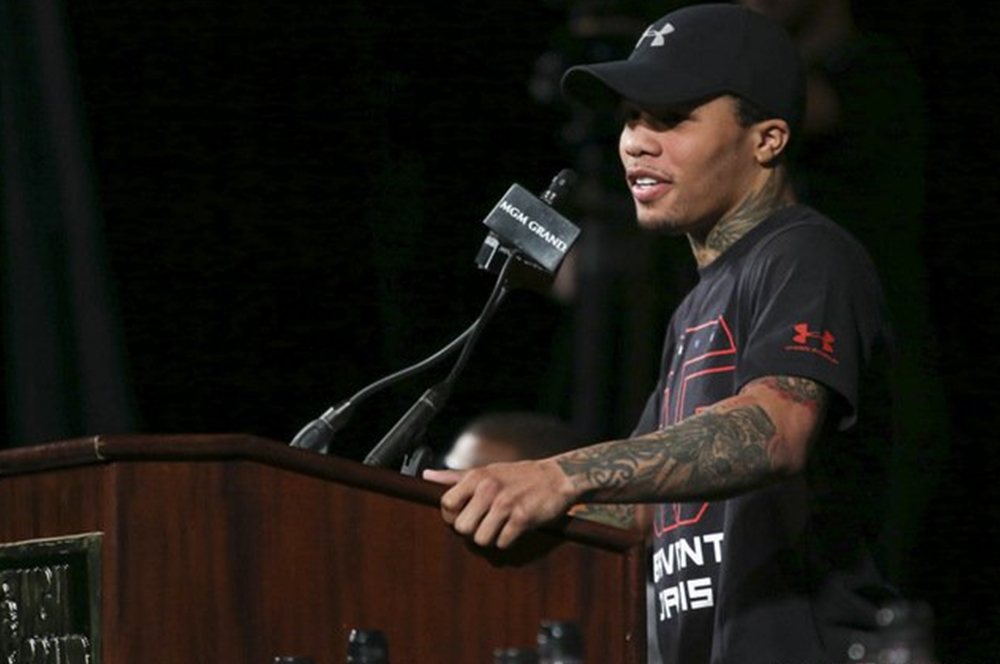 In a huge blow to Floyd Mayweather’s promotional company, IBF super featherweight champion Gervonta Davis (18-0, 17 KOs) came in 2 pounds over the 130 lb. limit on Friday at the weigh-in for his title defense against #7 IBF Francisco Fonseca (19-0-1, 13 KOs) for their fight on Saturday night at T-Mobile Arena in Las Vegas, Nevada. 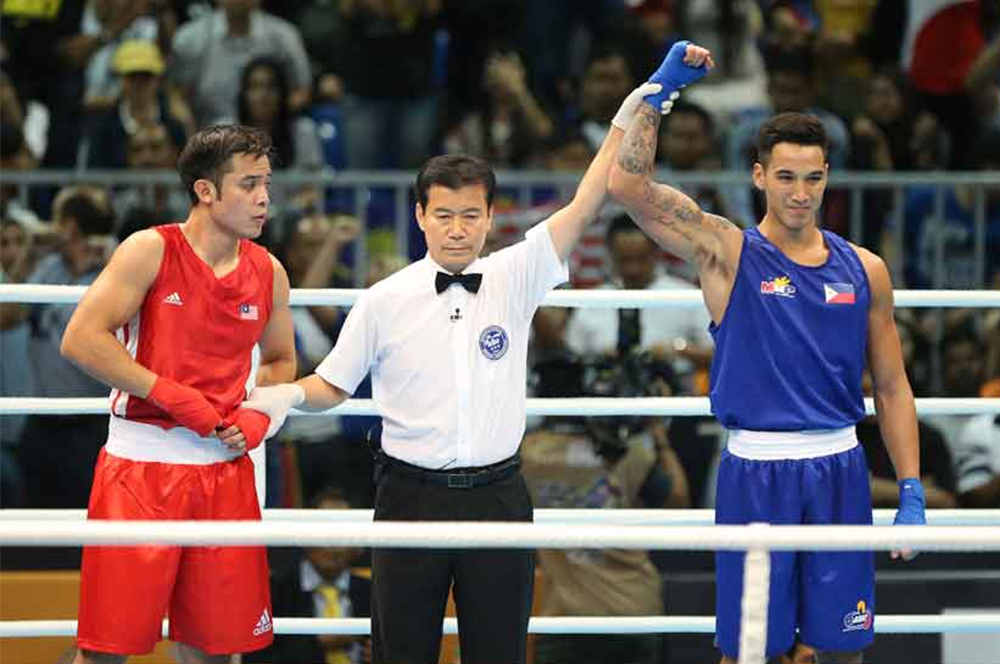 TEAM Philippines had a five-gold medal day yesterday with the sports of boxing, lawn bowls, ice hockey and track & field chipping in their share to the country’s total haul midway into the 29th Southeast Asian Games in Kuala Lumpur, Malaysia.

Boxers Marvin John Tupas and Eumir Felix Marcial won the top hardware in the light-heavyweight and middleweight divisions, respectively, while the Philippine men’s lawn bowls squad won its event earlier in the day.