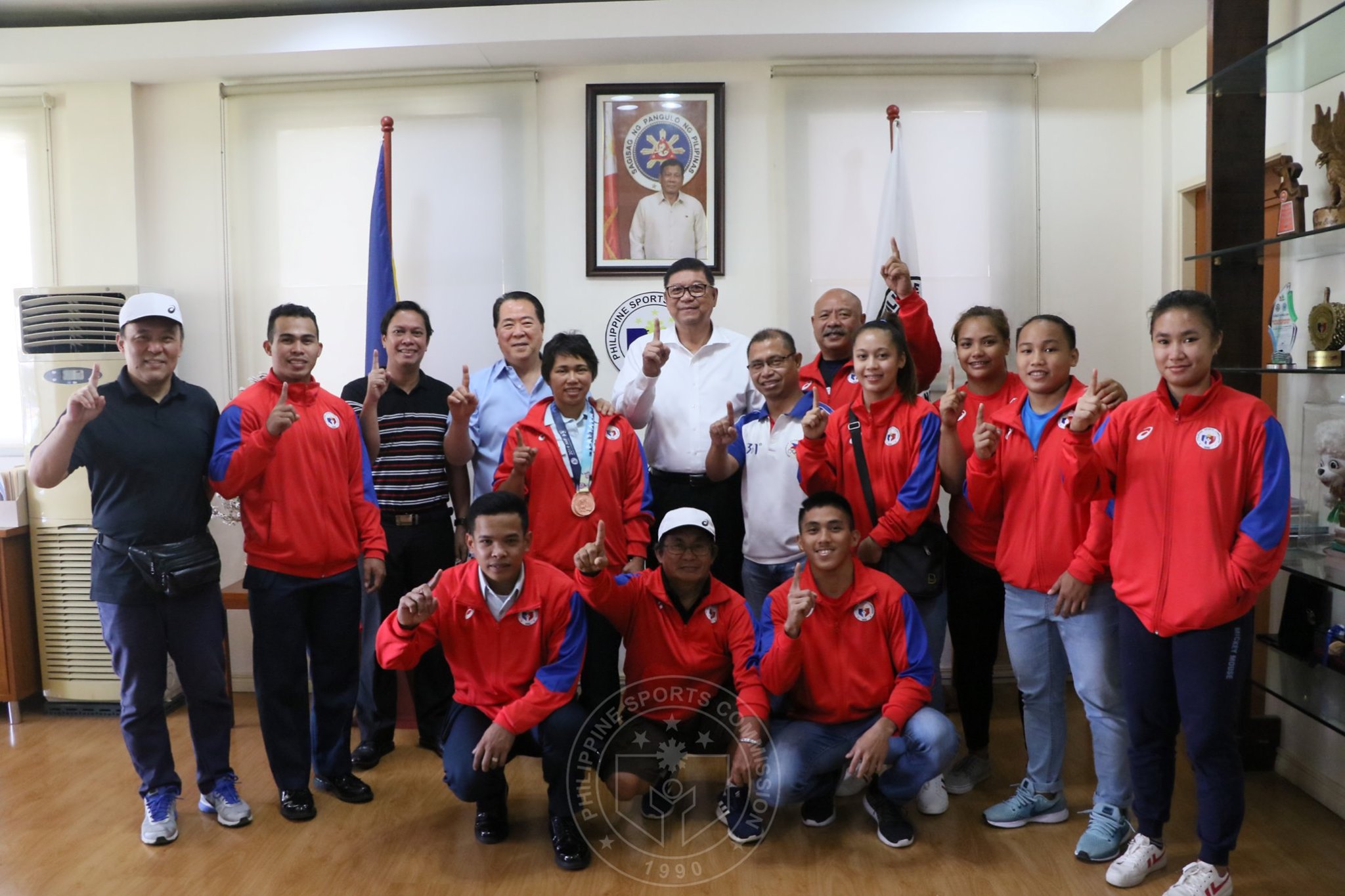 The Philippine weightlifting team did not waste any of the national government’s funds released through the Philippine Sports Commission (PSC) using it as inspiration to win 3 golds and 3 bronze medals at the Roma 2020 Weightlifting World Cup held in Pala Pellicone in Rome, Italy.

The PSC gave P2.2 million budget for the airfare, accommodation, allowance and other related expenses of the 7 athletes and 4 officials who competed in the Rome competition, apart from the P1.7 million budget of Olympian Hidilyn Diaz’s core team.

She now ranks number 4 in the world which bettered her chances to qualify for Tokyo 2020.

Meanwhile, another Zamboanga City lifter Kristel Macrohon added to the country’s medal haul after winning 2 bronze medals in the women’s 71kg class which came from the clean and jerk (115kg) and from the total (209kg).

However, the 23-year-old lifter was also inspired because of her teammates including fellow Zamboanga native Diaz, who swept the women’s 55kg class, three days earlier.

She also emphasized the support she is receiving from the PSC which made her campaign successful.

After the Roma World Cup, the team is expected to compete in the 2020 IWF Asian Championships in Kazakhstan, which will serve as their final ticket to qualify in the Tokyo Olympics slated July 24 to August 9.