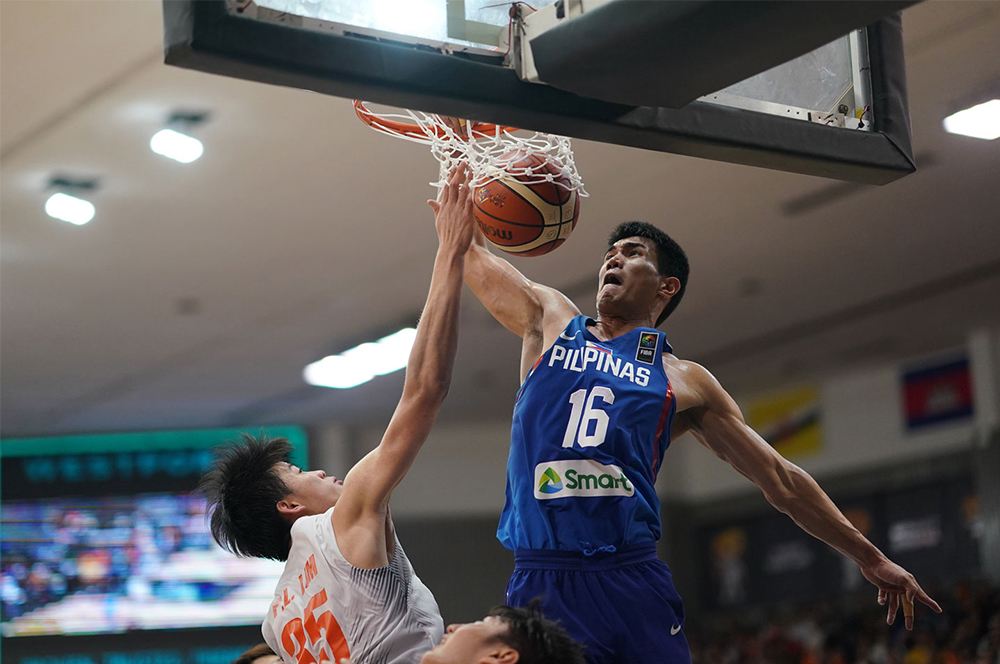 GILAS PILIPINAS earned a return trip to the gold medal game in men’s basketball of the 29th Southeast Asian Games in Kuala Lumpur, Malaysia, after defeating scrappy Singapore, 68-60, in the semifinals played at the MABA Stadium.

While they got challenged more than expected by the Singaporeans, the nationals kept their composure in the end to hack out the victory, giving them the chance to defend the title they have been holding for more than two decades now.

The big men combo of Troy Rosario and Filipino-German Christian Standhardinger led Gilas Pilipinas in their win over Singapore.

Mr. Rosario, who plays for the TNT KaTropa in the Philippine Basketball Association, had a double-double of 14 points and 10 rebounds while Mr. Standhardinger dropped 13 points and 11 rebounds of his own.

Also coming up big for Gilas Pilipinas was guard Mike Tolomia, who racked up seven straight points in a key stretch in the fourth period to stave off Singapore’s thrust to come back in the game.

The win was the fourth straight in this edition of the SEA Games for Gilas Pilipinas, which was awaiting their finals opponent between Thailand and Indonesia.

Thailand and Indonesia were still playing in their semifinal match as of this writing.

Meanwhile, it was a relative quiet day for the Philippines, which had yet to add to its 15 gold medals as of 6 p.m. last night.

Silver were courtesy of Ruben Gonzales and Francis Casey Alcantara in the men’s doubles event of lawn tennis, and the lawn bowls squad of Hazel Jagonoy, Rosita Bradborn and Vilma Greenlees in the women’s triples event.

Track and field had four bronze medals, one each from the 400m men’s and women’s relay run, javelin throw and long jump.

As of 6 p.m. last night, the Philippines had total medal tally of 15 gold, 20 silver and 36 bronze, still at sixth place behind host Malaysia, Vietnam, Singapore, Thailand and Indonesia, in that order.