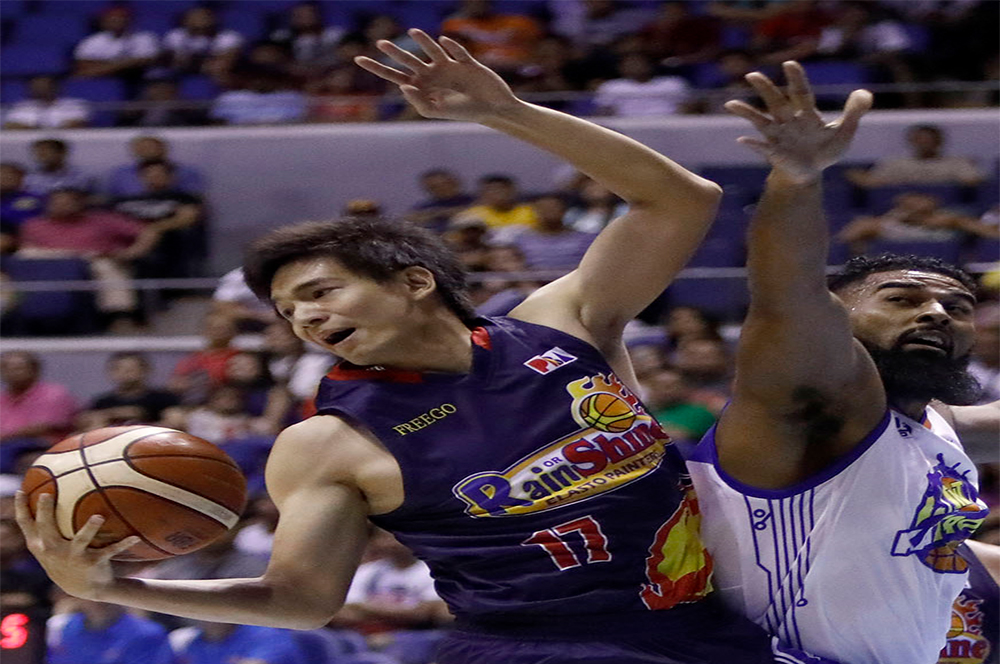 WHO says the Rain or Shine Elasto Painters are doomed to mediocrity without long-time coach Yeng Guiao?

Chris Tiu and the rest of his teammates made sure experts won’t ever be saying that with back-to-back victories over the Kia Picanto and the TNT KaTropa the past week in the 2017 Philippine Basketball Association Governors Cup.

With the pair of victories Rain or Shine (3 wins, 2 losses) climbed into a tie at sixth place with TNT (3-2).

With his effort Tiu captured the PBA Press Corps Player of the Week award after helping Rain or Shine to those wins in the PBA Governors’ Cup.

Rain or Shine has been in transition since management decided to trade long-time resident gunner Jeff Chan to Phoenix in exchange for Mark Borboran.

The Elasto Painters also had to deal with the absence of ace defender Gabe Norwood and Raymond Almazan, both on loan to Gilas in the FIBA Asia Cup in Beirut, Lebanon.

But Tiu showed why he’s a key contributor for coach Caloy Garcia as he averaged 9.5 points, 5.0 rebounds and 7.0 assists off the bench to help Rain or Shine register victories over KIA and TNT.

Tiu is a product of Ateneo De Manila University. He was a member of the University Athletic Association of the Philippines men’s seniors champion in 2008 and a two-time member of the UAAP Mythical Five (2007, 2008).

He joined the PBA as Rain or Shine’s 7th overall pick in the 2012 Draft. He won PBA All-Rookie first team honors in 2013, was the PBA All-Star Three-point champion in 2013 and helped Rain or Shine win the 2016 PBA Commissioner’s Cup.