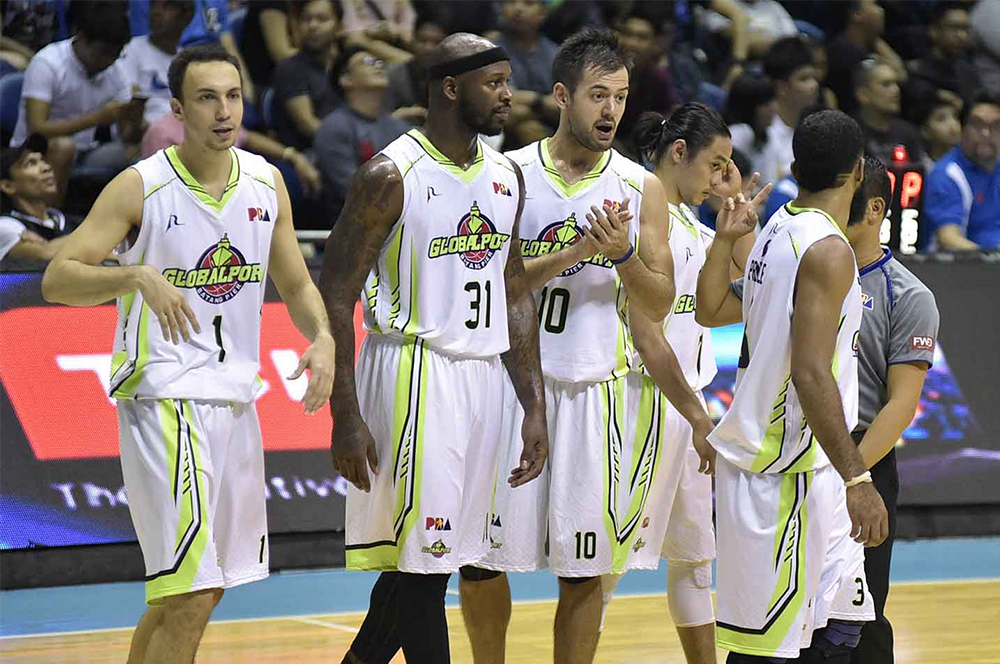 FRESH from their victory in their last game, the GlobalPort Batang Pier take on the San Miguel Beermen in Philippine Basketball Association (PBA) Governors’ Cup action today at the Smart Araneta Coliseum.

Against Kia, GlobalPort bucked some rust due to the long layoff it had prior to hack out the win.

Import Murphey Holloway and guard Stanley Pringle towed the team in the victory in the absence of top gunner Terrence Romeo, who at that time was still with Gilas Pilipinas playing in the 2017 FIBA Asia Cup in Beirut, Lebanon.

Newly acquired Mac Baracael came off the bench to provide ample support with 13 points and four rebounds for the Batang Pier.

While they came up with the win, GlobalPort coach Franz Pumaren said it was not an easy one because of the long break they had in between games that had them sluggish and off their rhythm for much of the contest.

“The long layoff we had in between games was kind of hard on our part. We were a bit sluggish, rushing our execution,” said Mr. Pumaren, whose team had to fend off a spirited fight back by Kia in the second half, after their win.

After missing the services of Mr. Romeo for a while, the Gilas top scorer is expected to return in time for their game versus San Miguel.

The Beermen, meanwhile, absorbed their first defeat in the season-ending PBA tournament when they bowed to the league-leading Star Hotshots, 104-98, three weeks ago as they played sans three-time league most valuable player June Mar Fajardo due to a strained calf.

San Miguel’s starters all scored in double figures in said game against Star but it proved to be not enough as the team failed to sustain their push up to the end, leading to the loss.

Import Wendell McKines had 27 points and 22 rebounds for San Miguel while Marcio Lassiter added 24 markers, going three-of-five from beyond the arc.

Arwind Santos stepped in for the injured Fajardo with 19 points and six rebounds while guards Alex Cabagnot and Chris Ross combined for 22 points and 10 assists.

Like their opponent GlobalPort, the Beermen are expected to welcome back their own Gilas player Fajardo for today’s game.

The teams are both coming off defeats and are looking to get back to winning when they collide.