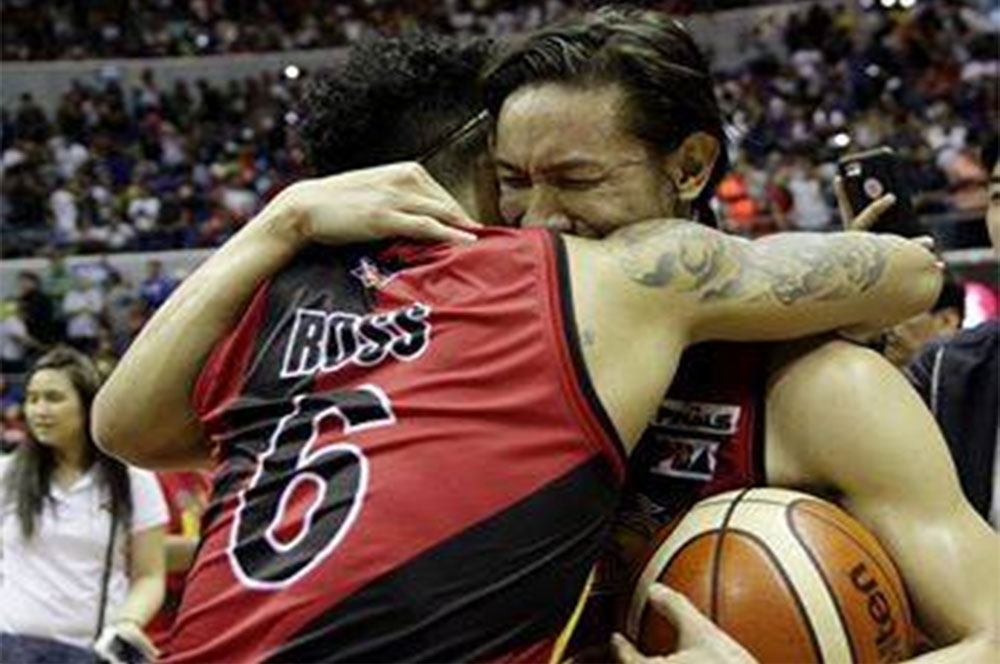 THREE straight times they competed in the finals of the most prestigious conference of the Philippine Basketball Association and every time they emerged victorious -- and now the San Miguel Beermen have a share of PBA history.

Beating the Barangay Ginebra San Miguel Kings, 91-85, in Game Five of their best-of-seven Philippine Cup finals last night, the Beermen closed out the series, 4-1, to win their third consecutive All-Filipino title, joining the Talk ’N Text franchise (2010-12) as the only teams in league history to accomplish such feat. 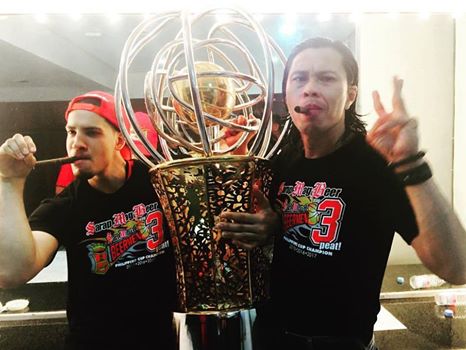 It was also the 23rd championship for the PBA’s oldest franchise member and fourth for their coach Leo Austria.

San Miguel got off to a strong start, controlling the opening half with their main men showing the way.

Barangay Ginebra though charged back in the third frame, exploding for 20 points and fortifying its defense to narrow the gap, 63-61, by the end of the period.

Sensing that the momentum has shifted to the Kings, the Beermen made some separation, going on a 5-1 run only to be answered back by Barangay Ginebra to cut its deficit down to 70-69 with 8:39 left in the match.

After a timeout, San Miguel charged ahead anew with an 11-3 blast to create some distance, 81-72, with five minutes remaining.

The Kings tried to make up for lost ground, coming closest at 84-83 with 2:24 left on the clock following an LA Tenorio triple.

But the Beermen would not let go of the lead, racking up seven straight baskets after to pull away en route to the crown.

"It was not an easy series for us to win despite taking it in five games. Tim Cone and Barangay Ginebra really made us work. Credit of course goes to all the players who believe in the system and never let up," Mr. Austria said after winning their title that moved him to joint ninth place in the all-time champion coaches’ list, along with legends Robert Jaworski and Ed Ocampo.

Arwind Santos and June Mar Fajardo each had 21 points and combined for 14 rebounds for the Beermen.

Alex Cabagnot had 18 markers and Chris Ross had a double-double of 12 points and 10 assists.

For Ginebra it was Japeth Aguilar who top-scored with 26 points with Joe Devance and Sol Mercado wounding up with 20 points apiece.

After averaging 17.2 points, 5.2 rebounds, 9.2 assists and 1.8 steals in the series, Mr. Ross was named Philippine Cup finals most valuable player, his second in as many years.

The next PBA conference, the Commissioner’s Cup, begins on March 17.