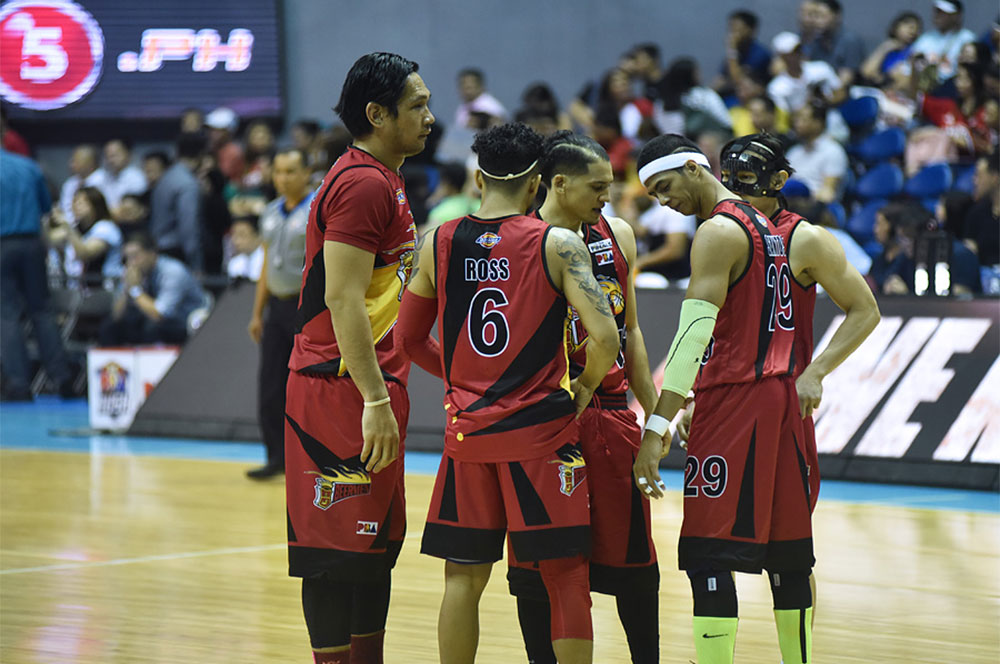 WINNING their third straight PBA Philippine Cup title, the San Miguel Beermen have further solidified their standing as the best locally composed team in the Philippine Basketball Association (PBA) right now. But the team is quick to highlight that hardly is a “given” to it despite the solid crew it has and that where it is now is a product of a lot sacrifice and hard work.

Beating the Barangay Ginebra San Miguel Kings in Game Five of their best-of-seven Philippine Cup Finals, 91-85, last Sunday to close out the series at 4-1, the Beermen won their third consecutive All-Filipino title, joining the Talk ’N Text franchise (2010-2012) as the only teams in league history to accomplish such feat.

It was also the 23rd championship for the PBA’s oldest member and fourth for its coach Leo Austria.

“It took a lot to reach where we are right now. From the management all the way down to our team staff. We made a lot of sacrifices,” said Mr. Austria after their title-clinching win that earned for them the perpetual Emilio Bernardino Trophy, named after the former league commissioner and given to the team that wins three straight Philippine Cup titles, considered the most prestigious of all the conferences of the league.

He was seconded by finals most valuable player Chris Ross, who paid tribute to the entire team for giving what was asked of them.

“You don’t win three (All-Filipino) championships in a row without sacrifice. And that is what this team is all about. This team is all about sacrifice. Arwind (Santos) was the MVP but when June Mar (Fajardo) came in he took a backseat. Alex (Cabagnot) was kind enough to move to the two spot to allow me to play the one. Marcio (Lasssiter) can do a lot more damage but he sticks to his role. June Mar is not just trying to score 30 points or more but also getting others involved. The same goes for our bench who can easily be starters for other teams,” said Mr. Ross, who won his second consecutive Finals MVP award by averaging 17.2 points, 5.2 rebounds, 9.2 assists and 1.8 steals in the series.

“Coach Leo and the management have kept this team intact and built a group that really wants to work together,” he added.

MADE TO WORK HARD

While the final series outcome of 4-1 might seem “dominant,” the Beermen said it was hardly indicative of how tough it was to go up against Barangay Ginebra.

“It was really tough. We really had to dig deep to come out on top. Japeth (Aguilar) played well. So did Sol (Mercado), Joe (Devance), LA (Tenorio) and their young guys. They made us adjust and I’m just thankful that we were able to do what we needed to do to win,” said Mr. Fajardo in an interview with BusinessWorld shortly after their win.

“It was not an easy series for us to win despite taking it in five games. Coach Tim Cone and Barangay Ginebra really made us work. Credit, of course, goes to all the players who believe in the system and never let up,” Mr. Austria said.

Asked of his role in their latest conquest, Mr. Austria deflected the credit to his players who he described as wanting it and going for it.

“I think it really helped that we have a battle-ready team who trusted each other. We have the materials and I just defined the roles of my player. I have been criticized for my coaching but I just stick to what I know and so far it has been successful,” said Mr. Austria, now tied for ninth place in the all-time champion coaches’ list, along with legends Robert Jaworski and Ed Ocampo.

Winning the season-opening PBA conference, the Beermen now are in a position to win another grand slam. They, however, are not looking too far ahead, bent on taking things one conference at a time.

Just the same, they vowed to reach greater heights and continue to work hard and sacrifice for the greater good of the team.

The PBA returns to action with the import-laden Commissioner’s Cup on March 17.