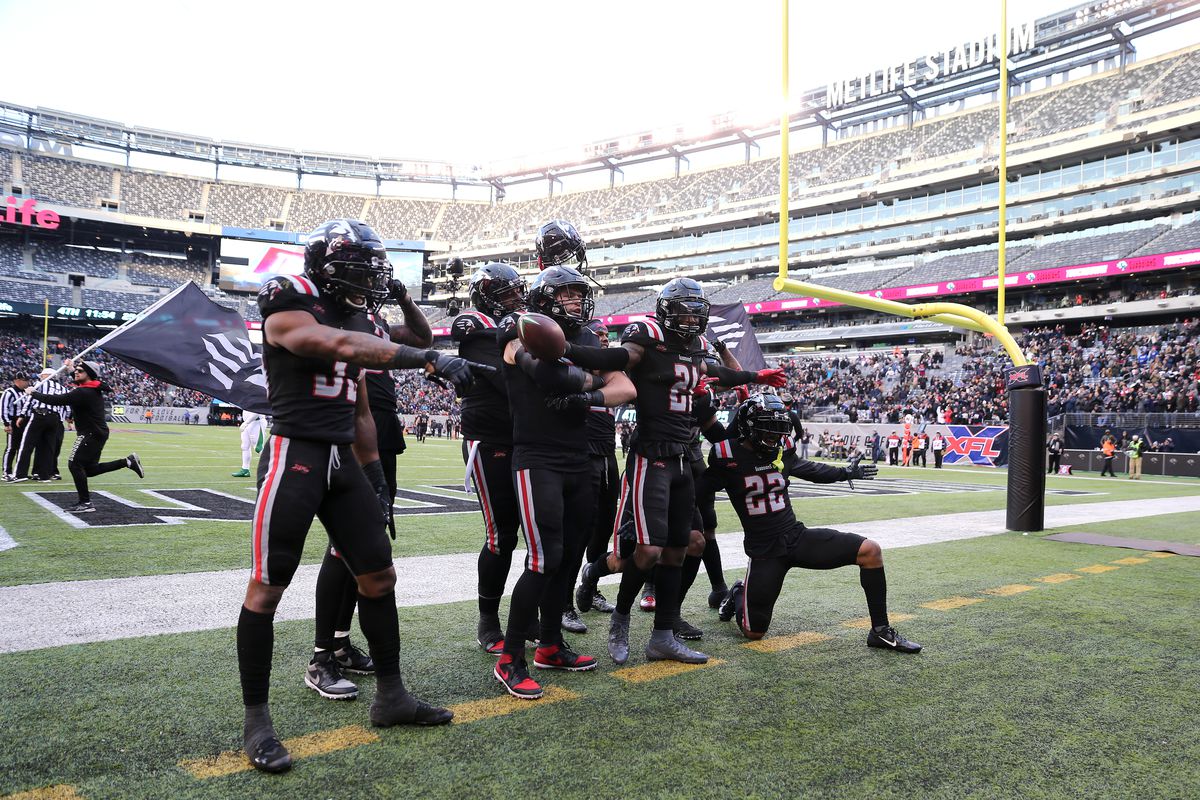 The XFL has made a comeback, and after one week in the books, the league gave us a lot of exciting football. Sure, it’s not the NFL, but having live football on TV less than a week after the Super Bowl was a real treat, and the games were pretty fun to watch.

The XFL has plenty of rules that the NFL should adopt, from putting betting lines on scoreboards to how players line up on kickoffs, so if we’re lucky, maybe the league will consider using some of them in the future.

For now, let’s break down some of the best moments from the XFL season so far. We’ll update this piece each week of the season, or at least however long the season lasts.

Best in-game interview: Seattle Dragons C Dillon Day, who literally dropped an f-bomb on live television
No, I’m not kidding! In the first game of the season between Seattle and the DC Defenders, Day said the f-word on air after he was flagged for a personal foul penalty:

The XFL sideline interview is great "I'm just trying to get my fucking job done" pic.twitter.com/oIAsOH7nMP

— gifdsports (@gifdsports) February 8, 2020
The best part is ABC immediately cutting off ESPN sideline reporter Dianna Russini’s microphone off, but it was too late. Everyone heard it, and it was glorious.

Sideline reporters’ access to coaches and players mid-game is one of the cooler parts about the XFL’s broadcasts — after a player makes a big play, they can be interviewed right after. This gives viewers real-time reactions you don’t see too often in the NFL.

Player of the week: Houston Roughnecks QB P.J. Walker
Houston’s QB threw for 272 yards and four touchdowns in the Roughnecks’ 37-17 win over the LA Wildcats, who then fired defensive coordinator Pepper Johnson two days after the game (!). Walker is only 5’11, but he stood tall in the pocket when he needed to, and didn’t shy away from making throws on the run, either:
Walker, who previously went by Phillip, played college football at Temple from 2013-16, and during his senior season he became the school’s all-time leading passer. He signed with the Indianapolis Colts as an undrafted free agent in 2017, and was on and off their practice squad intermittently until August 2019.

St. Louis Battlehawks quarterback Jordan Ta’amu also is worthy of an honorable mention, going 20-of-27 passing for 209 yards and a touchdown, and added another 77 yards on the ground to beat the Dallas Renegades, 15-9.

Ta’amu had a brief stint with the Houston Texans in 2019, but was released within a month.

Coolest rule: Instant replay
The transparency the XFL has with instant replay is so awesome. On the TV broadcasts, you can hear the replay booth taking a look at each call, and the replay officials are mic’d up:
think this is a great way for fans to understand the decision-making process on certain calls, and having a better understanding of certain rules, too. I’d love to see something like this from the NFL’s replay center in New York.

The XFL regular season is 10 weeks long, with the playoffs and championship scheduled for late April. We’ll be along for the ride throughout the season.

And if you’re not sure which XFL team to root for this year, we’ve got you covered right here!