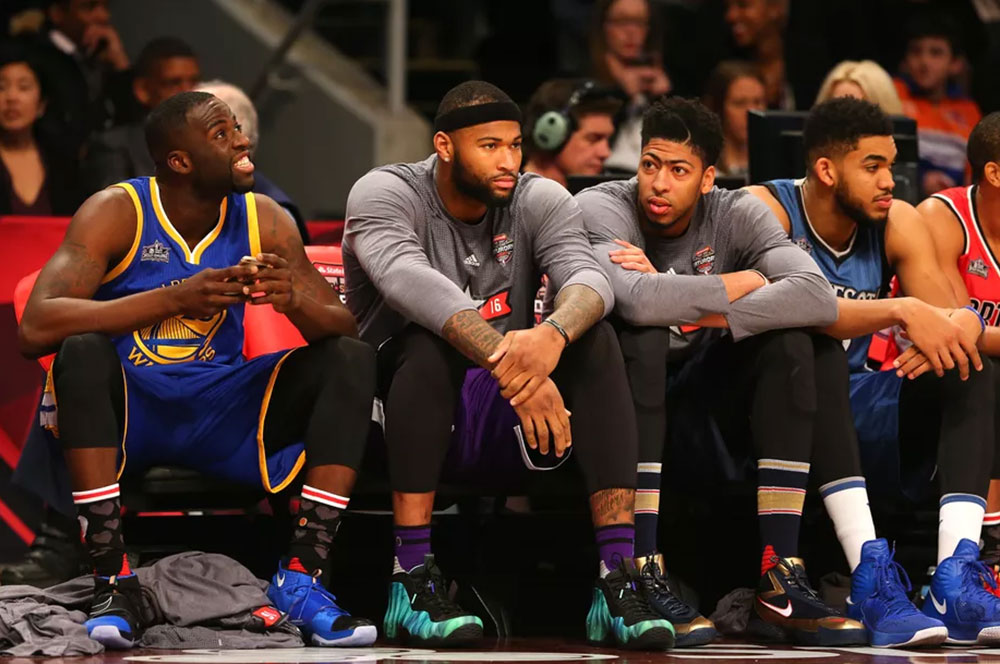 Antony Davis with DeMarcus Cousins? How about always having one of them on the floor instead?

DeMarcus Cousins has officially been traded to the New Orleans Pelicans. It still feels like a fever dream, but I woke up this morning and it was still true. Much of the ink spent analyzing this trade has focused on how Boogie fits with Anthony Davis.

There are going to be rough edges to sand down as two ball dominant big men learn to co-exist in many of the same locations. Alvin Gentry’s coaching accumen will be severely tested as expectations have gone from mediocrity to super team levels. Yes, it is certainly possible Gentry is not the right coach for the job.

The New Orleans Pelicans are not required to rest both Anthony Davis and DeMarcus Cousins at the same time.

In fact, it would behoove New Orleans to do the opposite and take a page from past super teams. When the Miami Heat finally hit their groove in the LeBron James era, it was Dwyane Wade who would take an early rest in the first and third quarters, only to carry the load with reserves at the beginning of the second and fourth quarters. Steve Kerr and Golden State are using a similar approach with Kevin Durant functioning as the second unit fulcrum.

Here, DeMarcus Cousins, the superior shot creator for himself and others, is a natural fit as the showcase of the second unit. Jrue Holiday and Anthony Davis can do the heavy lifting in the late stages of the first and third quarters as substitutions roll in. This requires very little change from the current state and actually allows New Orleans to continue exercising some small ball with Davis at the center when it is unlikely he will face lumbering behemoths. Then, to begin the second and fourth quarters both Holiday and Davis can take their three to six minute breather while DeMarcus Cousins is unleashed like Godzilla on ill-equipped reserve big men.

Davis is averaging 36.4 minutes per game while Cousins is averaging 34.4 himself. Assuming both do not see a substantial decline in minutes, the Pelicans could play the duo together for 20-24 minutes a game. More importantly, at every moment outside of blowouts one of the best big men in the entire NBA should be wrecking shop in the paint.

That’s where New Orleans can extract the greatest value from this trade. It isn’t just pairing Anthony Davis with DeMarcus Cousins. It’s always keeping the best player on the court at all times.