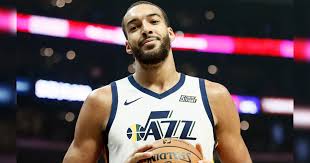 The NBA announced that a player on the Utah Jazz has preliminarily tested positive for COVID-19.  The test result was reported shortly prior to the tip-off of Wednesday's game between the Jazz and Oklahoma City Thunder at Chesapeake Energy Arena.  At that time, Wednesday's game was canceled.  The affected player was not in the arena.

Gobert was scratched from Wednesday's game due to an unspecified illness, but was seen playfully touching the microphones and recorders of Jazz media during a press conference earlier in the week.

On Wednesday, shortly after the game in Oklahoma City was postponed, The Athletic's Shams Charania tweeted that Gobert had tested positive for the virus.

The NBA is suspending game play following the conclusion of Wednesday's schedule of games until further notice.  The NBA will use this hiatus to determine next steps for moving forward in regard to the coronavirus pandemic. Meanwhile, The Philippine Basketball Association Board of Governors through the Office of the Commissioner, decided with prudence to cancel effective March 11, its on-going PBA Philippine Cup and PBA D-League Aspirants Cup games and activities and PBA 3x3 inaugurals until further notice.

Considering the present situation surrounding COVID-19 and the Presidential declaration of Public Health Emergency, it is our paramount duty and responsibility to ensure the health and safety of our fans, players, teams, officials and staff.

The league however will assess the effects of Covid 19 on a day-to-day basis guided by the parameters set by the DOH and WHO and will remain committed to conduct its games and activities in a safe and responsible manner for all its stakeholders. Pba.Ph