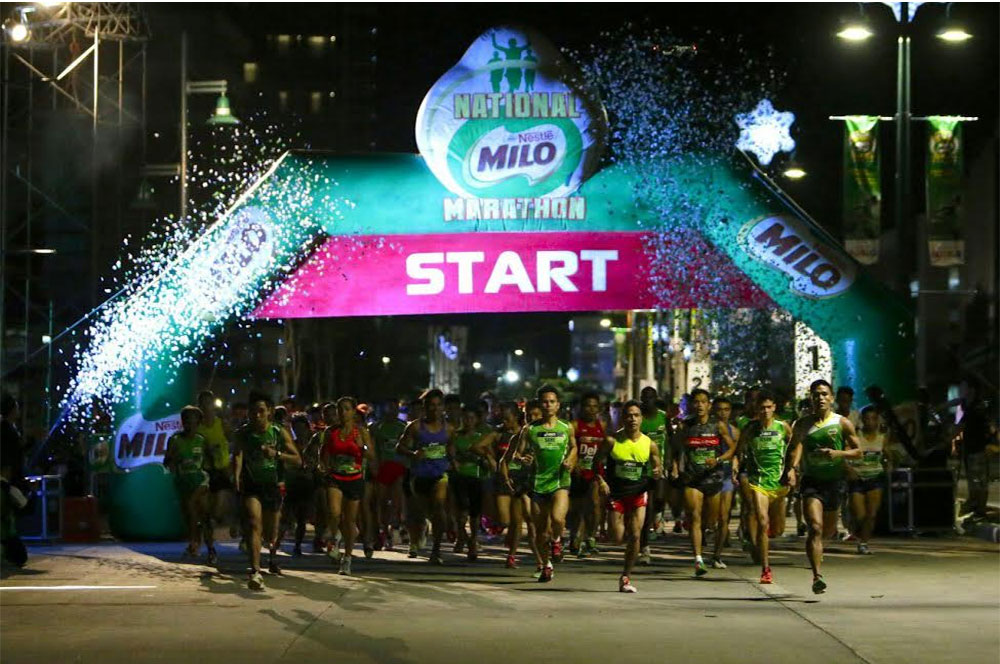 The champions received PHP 150,000 in cash and a trophy each. Tabal received an additional PHP 250,000 for placing second in the 42K female open category. Both will also be sent by MILO to Canada on all-expense paid trips to represent the Philippines in the 2017 Ottawa Marathon. “By sending them to the Ottawa Marathon, we are also giving them a chance to be able to qualify for the Olympics,” said Andrew Neri, MILO Sports Marketing Manager. “The Ottawa Marathon is a race where elite runners can achieve the qualifying standard for the Olympics. We are very happy to provide this opportunity to our champions.”

A month ago, Tabal was worried about defending her crown in this year’s finals. “I only had minimal training for this race because I have been training and racing so much this year. I was scared of getting injuries and burnout,” said Tabal. “However, my coach John Philip Dueñas reassured me that he is confident I have prepared well. I ran today with a relaxed pace and just maintained it. I’m very happy that I won.” Tabal will now prepare for the 2017 Ottawa Marathon and the 2017 SEA Games happening in August 2017.

Agravante was ecstatic about winning his first ever MILO Marathon King trophy. “The closest I came to winning in the Finals was in 2004, where I placed third. I really wasn’t expecting to win because there are so many great runners who joined this race,” said Agravante. “It was a pleasant race with a flat route and I was able to enjoy it very much at a relaxed pace.” He has a few more races lined up for the rest of the year before he starts his preparations for the 2017 Ottawa Marathon.

Coach Rio Dela Cruz, race organizer of the 40th National MILO Marathon National Finals in Iloilo, declared the running event a massive success. “We are very happy with the support that the local government has given us to create this exciting race. We would like to thank everyone in Iloilo who made this possible, especially to Mayor Jed Mabilog,” said Dela Cruz. “We hope the runners enjoyed the total race experience – the wide roads, the scenic route, the seaside and esplanade views, and the very good weather we had today.”

MILO Sports Marketing Manager Andrew Neri is proud of the feat that the National MILO Marathon has achieved to date. “The National MILO Marathon has so much history and we are honored to say that we have been energizing champions and inspiring millions through our runners for the past 40 years,” shared Neri. “We are grateful to everyone who participated and contributed in this year’s season, and we hope to see everyone again in 2017!”

The National Milo Marathon is not only a breeding ground for local talents but also a program that empowers children nationwide. For the past six years, the National Milo Marathon’s Help Give Shoes advocacy, in partnership with the Department of Education, has inspired 60,000 aspiring athletes to fulfill their dreams by donating brand new pairs of running shoes. This year, the Help Give Shoes advocacy will be donating 10,000 pairs to underprivileged school children.

The 40th National MILO Marathon is made possible by the Philippine Sports Commission, Philippine Olympic Committee, Department of Education and the Philippine Athletics Track and Field Association, and is supported by Asics, Salonpas, TIMEX, 2XU, Endurance, Hisense, Maynilad and PhilamLife.