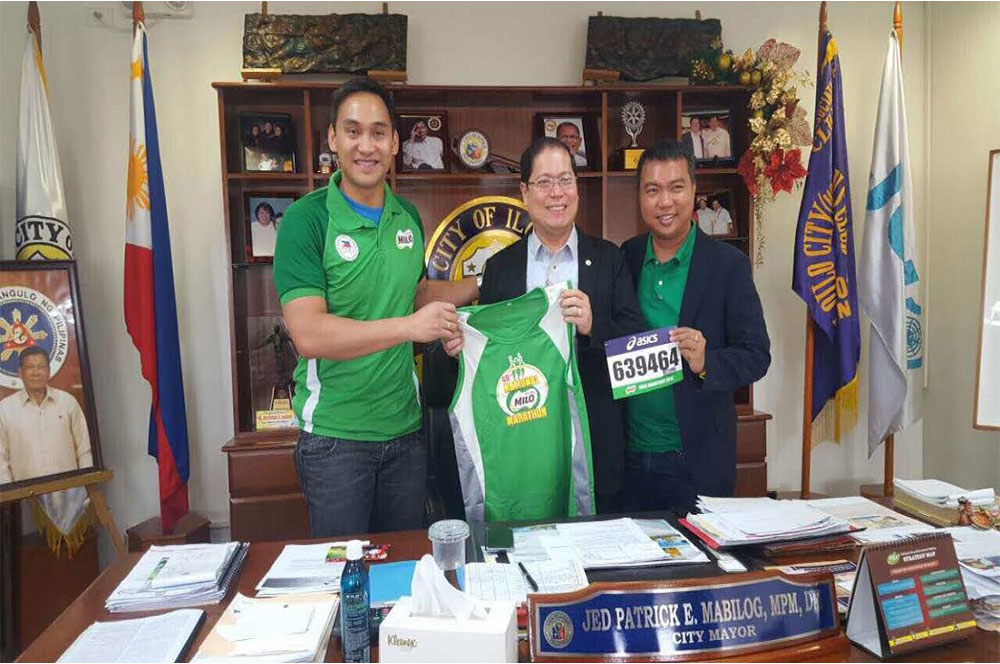 milestone as it holds its National Finals in the city of Iloilo on Sunday, December 4. The reigning

Marathon Queen and 2016 Olympian Mary Joy Tabal, are both raring to go head-to- head with their

fierce rivals to defend their crowns in the final race of the season.

proximity to aspiring runners from the South, and enrich the experience of everyone with scenic

routes, spacious thoroughfares and thrilling challenges that await the runners. The race, which

expects to see 20,000 runners, will be held in the Iloilo Convention Center. Mayor of Ilolilo City Jed

Mabilog affirms the city’s full preparations and support for the National MILO Marathon Finals. ”We

are all very excited to be hosting the most prestigious and longest running footrace in the country,”

Marathon’s 40 th anniversary. We hope all our runners will enjoy the race experience we have

expresses gratitude to all who have made the season’s success possible. “We are very thankful to

all our friends from the local government, our partners, sponsors, volunteers, and everyone else who

have contributed greatly to this finale,” says Neri. “As we celebrate our 40th anniversary, we hope to

our agents of motivation that energized Filipinos to be at their best in their respective endeavors. We

values such as resilience, grit, and discipline, which have made them winners in sports and in life.”

empowers children nationwide. For the past 6 years, the National MILO Marathon’s Help Give Shoes

advocacy, in partnership with the Department of Education, has inspired 60,000 aspiring athletes to

fulfill their dreams by donating brand new pairs of running shoes. This year, the Help Give Shoes

advocacy will be donating 10,000 pairs to underprivileged school children.

The 40 th National MILO Marathon is made possible by the Philippine Sports Commission, Philippine

Olympic Committee, Department of Education and the Philippine Athletics Track and Field

The MILO brand is the world’s leading chocolate malt beverage that can be prepared with hot or cold milk or water. MILO also

MILO Little Olympics. The leading beverage brand believes that these contribute to the holistic development of Filipino champions in

sports and in life.

About the National MILO Marathon

The National MILO Marathon is an annual marathon event open to amateur and professional runners. From its humble beginnings

in 1974 as a single marathon race in Metro Manila attended by 747 participants, the National MILO Marathon has grown to be the

biggest, longest, grandest national running event in the country attracting more than hundreds of thousands of runners across the

Kenya, Ethiopia, and other countries across the world. The race is organized by RunRio, Inc.

Over a hundred years after it first started operations in the country, Nestle Philippines, Inc. (NPI) today is a robust and stable

organization, proud of its role in bringing the best food and beverage throughout the stages of the Filipino consumers’ lives. The

Company employs nearly 4,000 men and women nationwide, and is now among the country’s Top 8 Corporations. Driven by its

mission to nurture generations of Filipino families, Nestle today produces and markets products under some of the country’s well-

known brands such as NESCAFE, NIDO, MILO, NESTEA, MAGGI, BEAR BRAND, NESTLE and Purina, among others. Its product