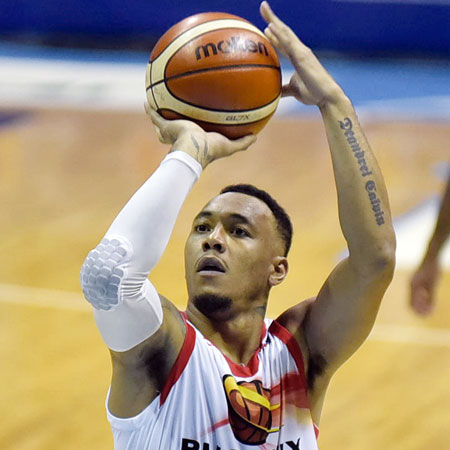 THE PHOENIX Fuel Masters got back on the winning track of the Philippine Basketball Association Governors’ Cup in grand fashion on Wednesday, steam-rolling past the NLEX Road Warriors, 123-97, at the Cuneta Astrodome in Pasay City.

Had a monster of a first half that had them scoring 71 points, the Fuel Masters were simply a handful and more for the Road Warriors as they booked their sixth win in eight games while sending NLEX (4-4) to back-to-back losses.

Import Eugene Phelps got the Phoenix motor humming right from the opening tip, helping his team to an 11-2 lead in the first five minutes of the contest.

NLEX though gathered itself, going on a 13-2 run in the next two minutes, behind import Aaron Fuller, to overtake the Fuel Masters, 15-13.

That was the last time the Road Warriors would take the lead as Phoenix went on a tear after to build a 34-18 cushion at the end of the first 12 minutes.

In the second period, the Phoenix juggernaut continued with more players joining the scoring parade.

With firm control of the match, the Fuel Masters went to completely zap the fight out of the Road Warriors in the third canto.

NLEX, however, would encroach on Phoenix’s lead as the third quarter wound up, cutting it to 27 points, 94-67, heading into the final quarter.

The Road Warriors tried to build on the momentum they got in the third canto early in the fourth quarter but the Fuel Masters was quick to nip things in the bud.

Mr. Phelps And Company held a 31-point lead, 109-78, at the halfway juncture of the final period and cruised to the victory from there.

Mr. Phelps had a monster double-double of 51 points and 20 rebounds to go along with three blocks to lead the Fuel Masters.

Calvin Abueva had 17 points while Matthew Wright had 10 points and seven assists.

For NLEX, it was Mr. Fuller who led the way with 38 points and 14 rebounds with Bong Galanza and Larry Fonacier adding 13 and 10 points, respectively.

The Fuel Masters next play on Oct. 12 against the San Miguel Beermen while Road Warriors try to bounce back on Oct. 14 versus the Meralco Bolts.