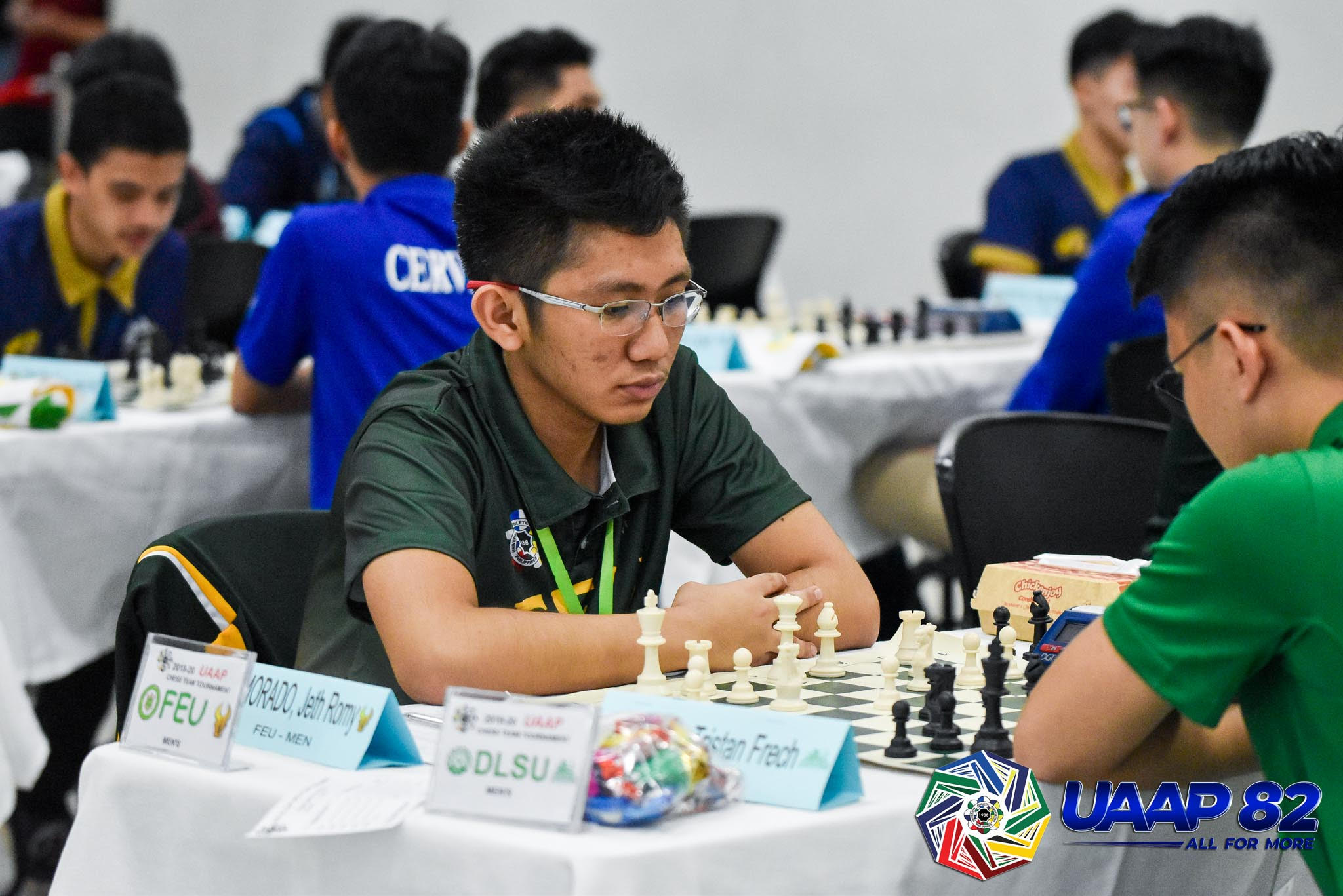 Powerhouse Far Eastern University is starting to leave a trail of destruction in the 82nd UAAP men’s chess tournament.

Spearheaded by reigning national juniors champion Jeth Romy Morado, the Tams devastated the University of the East Warriors, 3.5-.5, to continue to widen the gap from the rest of the field after four rounds at the UST Quadricentennial Pavilion Sunday.

Morado made a clinical display on how to destroy the Sicilian Defense with a quick, merciless 25-move victory over Armand Gabriel Narvaja to lead the way for the Tams, who are seeking a league-high 14 championship.

The swift win on Board One set the tone for FEU as Rhenzi Kyle Sevillano and Darry Bernardo followed suit with triumphs on second and fourth boards, respectively.

John Merill Jacutina stole half a point for FEU after he turned a two-pawn disadvantage into a marathon 82-move draw with Michael Suacillo of a Caro-kann duel on third board, thanks to a brilliant tact of transforming the endgame to a drawish, opposite-colored bishop battle.

FEU thus kept its mighty grip of the top spot with 12 points, way ahead of closest pursuer University of Santo Tomas, which absorbed a heartbreaking 1.5-2.5 defeat at the hands of Ateneo, with 9.5 points.

At third with 8.5 points was Adamson, which drew with National University, 2-2, while University of the Philippines, which turned back La Salle, 2.5-1.5, was at No. 4 with eight points.