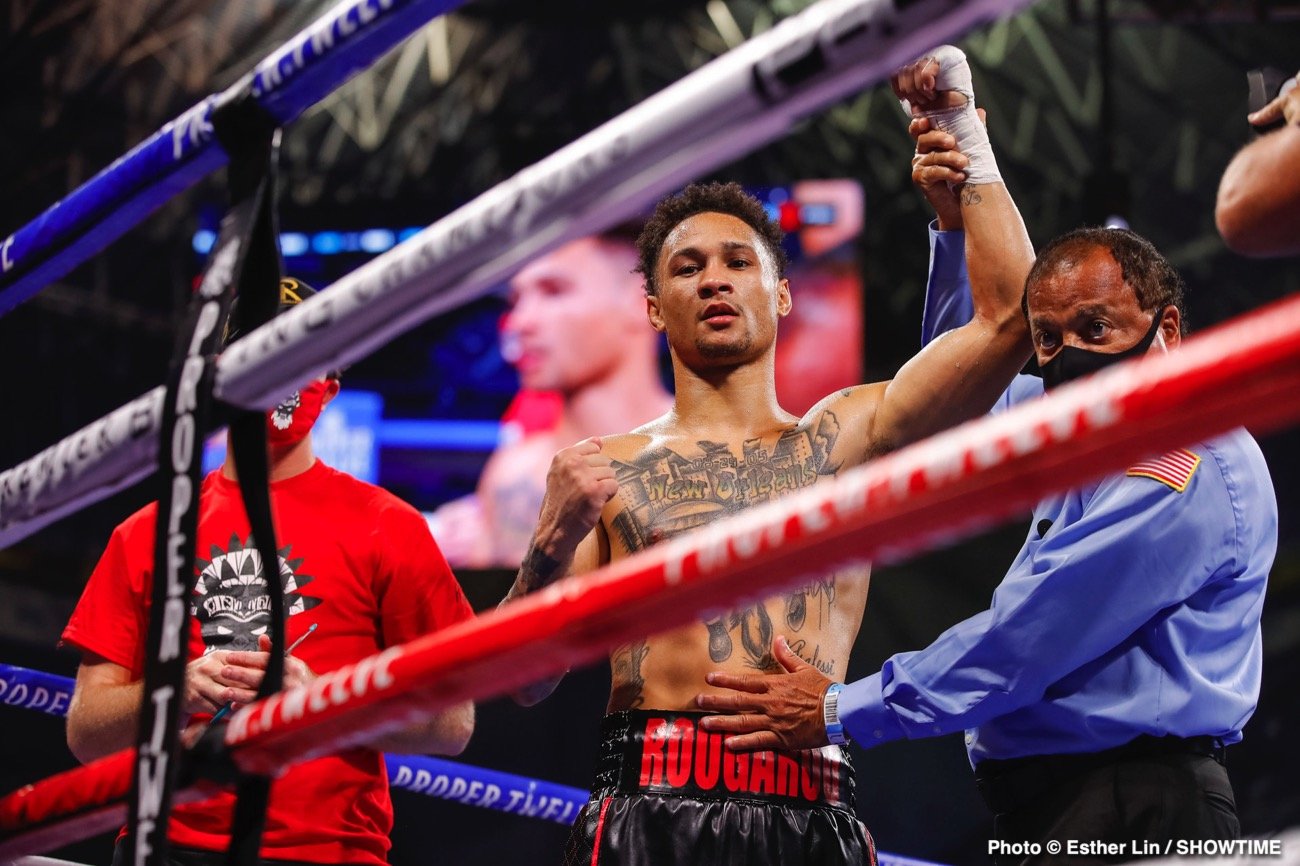 Regis Prograis insists Adrien Broner is “shot” and believes he would inflict a damaging display on his rival, should they meet.Broner claimed a close, unanimous decision win over Jovanie Santiago in his first fight in two years at Mohegan Sun on Saturday.

When asked about the possibility of a fight with Prograis post-fight, the former four-weight world champion replied: “I always cheer for him and I wish him the best, but if he gets in the ring with me, I’m going to fuck him up.”

Responding to the remarks, Prograis told Pro Boxing Fans: “At the end of the day he’s supposed to say that.

“I’m faster than him, I feel like I’m tougher than him, I’m definitely stronger than him, my chin is hard. How can you beat me? What can you do to beat me? Especially if I’m on my game that night.

“I think it’s a realistic fight now to make it happen probably in the next two fights, two or three fights, so I think for me I’m thinking 2021.

Prograis stopped Juan Heraldez in three rounds in October on the undercard to Gervonta Davis’ devastating win over Leo Santa Cruz at the Alamodome, his first fight since defeat to Josh Taylor in the World Boxing Super Series Final.

Broner returned to the ring for the first time since a unanimous decision defeat to Manny Pacquiao in January 2019.

Prograis, who stopped Juan Heraldez in three rounds in October, insists the 31-year-old is not the same fighter he was and does not believe he would beat unified Light Welterweight world champions, Josh Taylor and Jose Ramirez.

“He blames it on ring rust. He’s 31 and I’m older than him, but I’m younger than him in boxing.

“I just think he’s done, I think he’s shot, I don’t think he’ll ever be the fighter he was. He was very, very good at 130lbs, 135lbs, once he started coming up to 140lbs, 147lbs the opposition of course started getting harder for him.

“As far as him getting a belt, he can’t beat the champions right now. He definitely can’t beat a Josh Taylor or a [Jose] Ramirez. He might have more luck with somebody like Ramirez, but I still don’t think he’ll beat Ramirez because of his activity.

“I just think as far as overall, man I think he’s shot, I don’t think he has it anymore. It will be very, very apparent once he fights a high level fighter like myself or like a Taylor or like a Ramirez, once he does fight somebody like that, then I think that it’ll be over for him.”