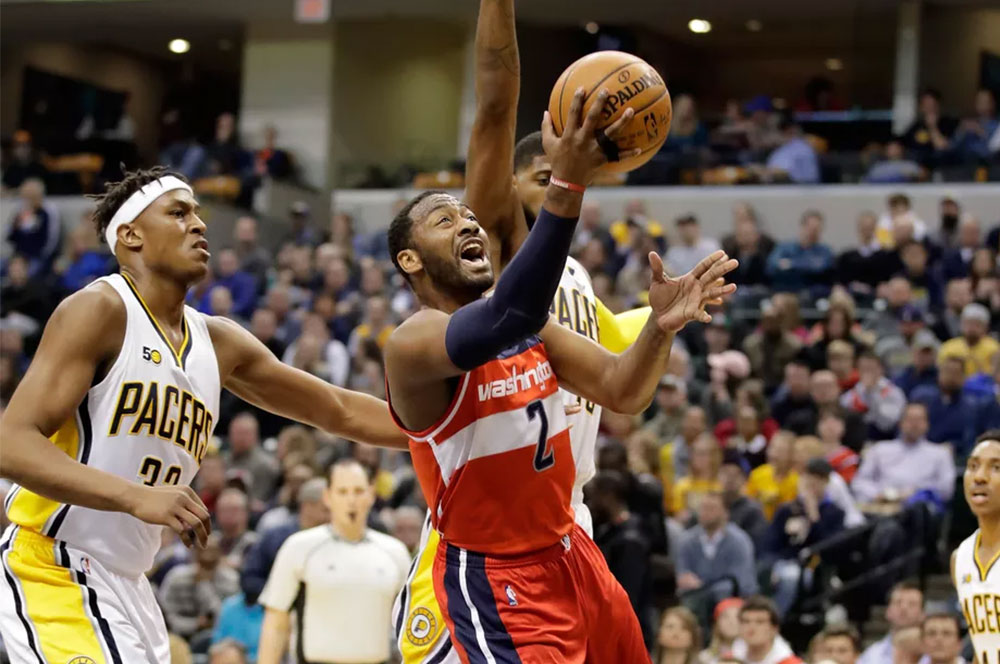 The Washington Wizards avoided a pre All-Star break lull, defeating the Indiana Pacers 111-98 for their 34th win on the season. Markieff Morris and Otto Porter carried most of the teams scoring throughout the game, finishing with 21 and 25 points respectively.

Bradley Beal remained aggressive and put up 19 points of his own, as his backcourt partner and star John Wall dished out 12 assists and scored 20 himself. Marcin Gortat remained consistent, with 12 points, 7 rebounds, and a +14 line.

The starters had to come back in the game early in the second quarter, and they showed why they have one of the highest plus/minuses among any lineup in the league. Brad showed the stroke and John got everyone involved, as the crowd rained down erroneous chants of “overrated.”

They carried that momentum throughout the third quarter. By the end of the period, Wall had a double-double. It’s the ninth game in a row he’s gotten a double-double, a mark that ties his own franchise record. The Wizards ended the quarter shooting a blistering 52.3 percent from the field, and carried a 13 point lead going into the final period.

The second unit did a better job of holding their own in the first part of the final quarter, but it still wasn’t always pretty. Despite that, Washington still hit 100 points by the 5:30 mark in the fourth quarter, their 22nd straight game of reaching triple digits.

Things started to get tight late, but boy did John show up in the final few minutes, hitting huge jumpers and swatting Rodney Stuckey in an emphatic fashion. A few long jump shots later and Washington sent Indiana home sad for the third time on the season, with a 111-98 victory.