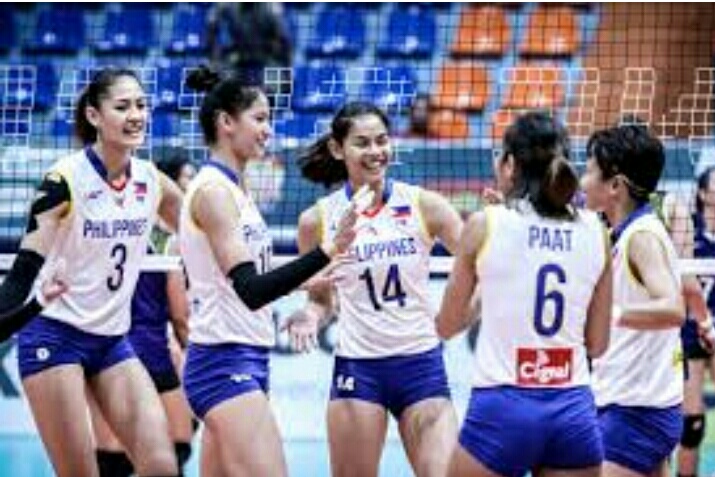 The Philippine Women's Volleyball Team's chances of a podium finish in the 30th Southeast Asian Games remain high even with the possible loss of its key player Fil-Am Kalei Mau.

Cayco said the Philippine Women's Volleyball team's two-week intensive training in Japan last month has tremendously improved the gelling and bonding of the players and this was very prominent during their practices and scrimmages with Japanese ball clubs there.

Romasanta admitted that powerhouse Thailand will be hard to defeat as it is among the best women's teams in the world but the Phl squad can stand against Indonesia and Vietnam.

Only four teams are competing in the the 30th SEA Games as Singapore pulled out its team due to lack of competitive players to put up a formidable team.

Jaja Santiago and Dindin Santiago-Manabat, who are playing as imports in a Japanese League, also begged off from the team after failing to secure permissions from their foreign ballclubs.

Fil -Am Alohi Robinson-Hardy was also dropped from the list as her Philippine passport is still under process.

Philippine Sports Commission funded the Japan training of the women's team last month and has also approved the two-week training of the Men's Volleyball team in Japan this November to likewise improve its chances of a medal finish in the SEAG.

Mau has not secured release from the United States Volleyball Association to play for the Philippines to date and this may pose a problem later on.

Mau is given a few more weeks from now to secure the release papers, otherwise she will be dropped from the Philippine women's team line-up.

Mau is still in the 15-man roster of the women's volleyball team and will have to comply with her requirements before the team managers meeting to be part of the final 14 players competing in the 30th edition of the SEA Games.PR