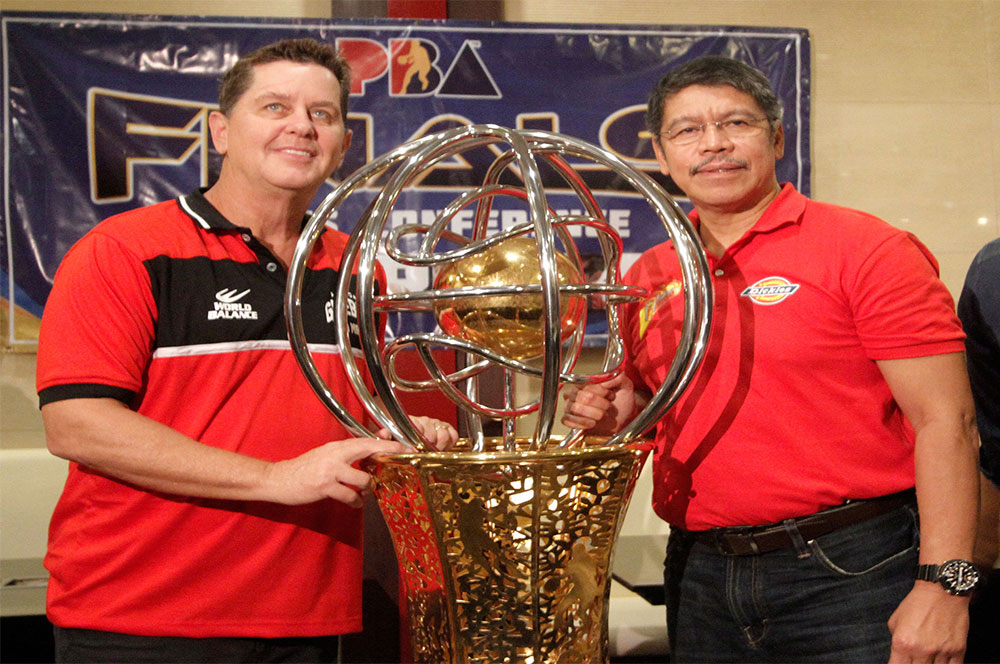 Following the injuries and inconsistencies and do-or-die games all tournament long, Barangay Ginebra still managed to make its way to the finals of the 2017 Philippine Basketball Association Philippine Cup.

The Gin Kings are no strangers to this path as they took almost a similar one last conference on their way to their first championship in eight years.

As the No. 7 seed, Ginebra first needed to overcome a twice-to-win disadvantage against Alaska in the quarterfinals which they did before bumping into Star in the semifinals.

The Hotshots took a 3-2 lead and were on the verge of getting a finals berth, but the Gin Kings, staying true to their never-say-die mantra, refused to go down as they took the series’ last two games to once again defy the odds and make the finals.

Inspired by the presence of living legend Robert Jaworski, who jumpstarted the team’s spirit and tradition, Ginebra was able to take Game 7, 89-76, Wednesday night to set up a much-anticipated finale against longtime rival and defending champion San Miguel Beer, a team it eliminated last Governors’ Cup in the semis.

Ginebra coach Tim Cone described how tough the road was for Ginebra to get to the finals.

Cone is now shooting for his 20th league championship as a coach in his 31st finals appearance.

Now, they are facing a golden opportunity to win a second straight championship in their 23rd finals’ appearance in franchise history.

Like they’re used to, the odds are stacked against Ginebra again in the best-of-seven finals as it is facing the favored Beermen, who are in full force unlike the Gin Kings, who are still playing sans star center Greg Slaughter and injured Joe Devance.

Game 1 of the series starts tomorrow at 7 p.m. at the Mall of Asia Arena.