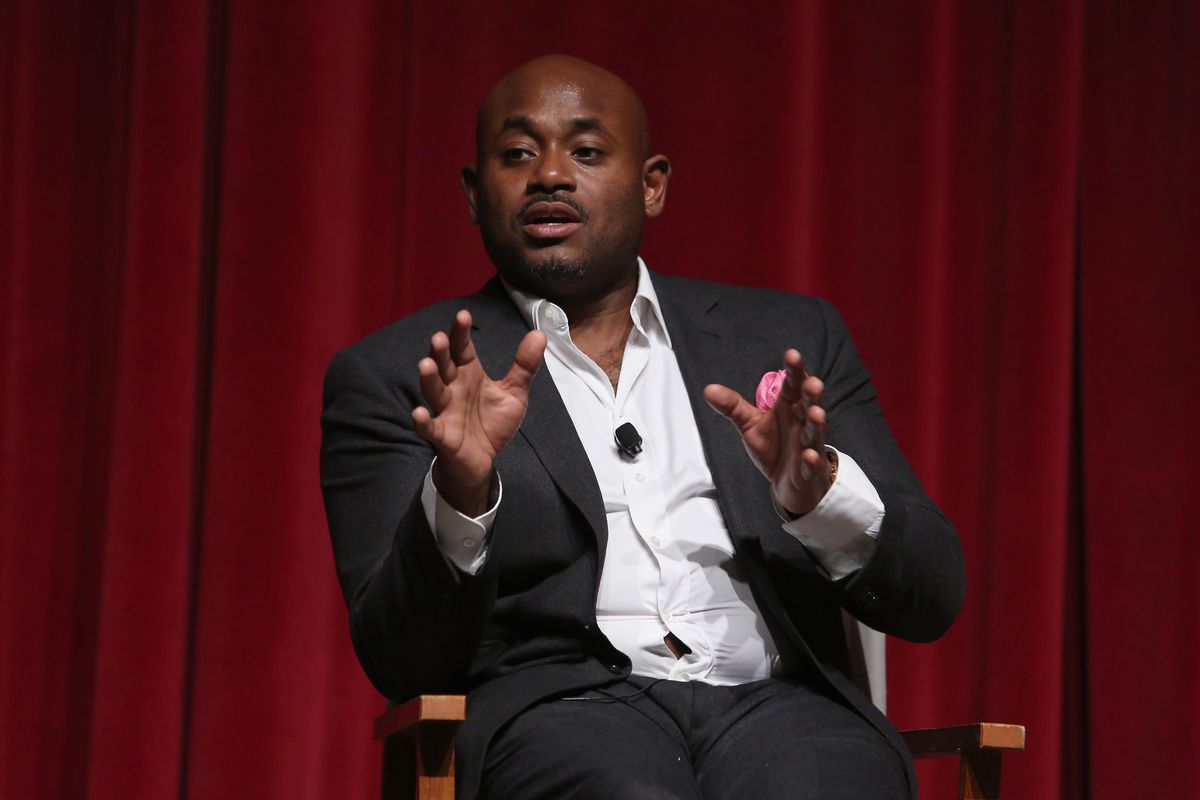 Steve Stoute was hired by the Knicks to help change the perception of the franchise, but it sounds like his job should be to make sure things like his own interview on ESPN’s First Take don’t happen.

Stoute sat down in the First Take studio on Tuesday to discuss his role with the Knicks and attempt to show why his presence is a positive development for the team. However, he made a number of comments that seemed out of place, including an insinuation that Mike Miller is not long for his job. His interview was so widely viewed as strange that, hours later, the Knicks issued a statement saying that, while Stoute is a “valued contributor to the Knicks’ marketing and branding efforts,” he “does not speak on behalf of New York Knicks personnel and basketball operations.”Now, let’s dissect what happened and try to sort through the wreckage. First things first: what possibly was the point of Stoute going on ESPN to do this interview? Presumably, multiple high-ranking people had to sign off on the appearance, including perhaps James Dolan himself. It’s generally weird that the team would send Stoute to go speak on behalf of the organization. To discuss planned branding efforts? It just seems like it should have been obvious Stoute should be more of a behind-the-scenes guy.

Alright, with those questions out of the way, we can move onto other aspects of the interview. Let’s begin with the aforementioned insinuation that Miller, who is 13-19 as head coach of the Knicks heading into Wednesday night’s matchup against the Washington Wizards, is going to be replaced next season. It isn’t really surprising to hear that, internally, the Knicks have probably already decided that Miller isn’t the guy going forward, but it’s disheartening to see such a disheveled organization continue to show such an inability to be normal.

Is it possible that Stoute misspoke, and was really just trying to say that a big-name coach could be a difference maker? Maybe, but he actually insinuated that a new coach was coming multiple times. Here’s just one example:

“There had to be a change in (firing team president Steve Mills). That change will bring a new coach and new coaches that are going to help develop these younger players,” Stoute said. “And they got some young players — you see RJ Barrett, Mitch Robinson. They got something to work with. And getting a coach in there and ultimately getting a coach and a coaching staff that’s going to help develop a team. That’s what I expect to happen so that we can actually get to what you expect from a New York team.”

Miller deserves better. The Knicks should be outwardly praising the job he’s done, even if internally they are salivating at the thought of prying John Calipari from Kentucky or snagging Jeff Van Gundy or Tom Thibodeau. Miller took over a team that was 4-18 and has since more than tripled the amount of victories David Fizdale was able to wring out of this roster. Not to mention the fact that Miller has been the public face of the franchise for most of this season.

Moving along, Stoute said one of the key aspects of his plan for the Knicks is reminding players that New York is a great place to play. Stoute put on his marketing hat and made bold statements like “this is the greatest city in the world,” and “you have a franchise that’s synonymous with the sport itself.” The fans deserve a winning product, he said, and one way you build a winner is by signing big time free agents. Ugh.

Look, signing a major free agent or two (or three) would be really nice. It was wonderful when Amar’e Stoudemire came to town. Remember that half season before the Carmelo Anthony trade? Oh what a half season it was. But STAT wasn’t the only reason that half season was so glorious. The Knicks had young players they had drafted, like Danilo Gallinari, Landry Fields and Wilson Chandler. Seeing them and Stoudemire start to put it together made it feel like the Knicks were building something organically, even if the main player on the team had been plucked from free agency.

There are surely fans who would be pleased to see the Knicks sign multiple max free agents and turn into a contender overnight, but, and this has been written on these P&T pages too many times to count, that’s not a foolproof plan for sustainable success.

By the way, since Stoute’s appearance on First Take, it has been reported that William “Worldwide Wes” Wesley will not be coming on board with assumed new team president Leon Rose. But that doesn’t necessarily have anything to do with Stoute (although who knows?), and what is the big deal anyway?

The Knicks don’t need a million guys with connections. They need people who know how to construct a competent NBA roster. They need scouts who can identify diamonds in the rough. They NEED A NEW COACH. Sorry, didn’t mean to insinuate that the Knicks are planning any coaching changes with that last sentence, and these words do not speak on behalf of New York Knicks personnel and basketball operations.

> He said, “the Toronto Raptors, they brought in Drake to bring that thing. The New York Knicks brought in me.” The Raptors had Drake. The Nets had Jay-Z. The Knicks? Steve Stoute.

> He was asked about the Knicks potentially getting back in the good graces of Charles Oakley, who you may remember was physically tossed from Madison Square Garden during a game against the Los Angeles Clippers a few years back. Stoute said he loves Oakley and noted that Oak “is a good friend of mine,” but added, “I can’t address all the issues that predate me.”

> According to Stoute, the Knicks should be selling free agents on the many investment opportunities that come with being in New York. “You know how many players went to Golden State because of the tech industry around that team?” Well, Kevin Durant certainly has an interest in tech investing. Are there others who went to the Warriors in order to bolster their investment portfolios as opposed to trying to win championships?

Alright, we’ve probably talked way too much about this interview. But seriously, what the heck? Why was Steve Stoute allowed, and possibly encouraged, to go on television to speak on behalf of his new employer, the Knicks? Why are we getting so very used to the Knicks releasing statements on official team letterhead in the aftermath of head-scratching decisions? When are we going to get to see Kenny Wooten play?

There are many other questions surrounding this team right now, and we really didn’t need the new marketing guy to go out and raise a bunch more.