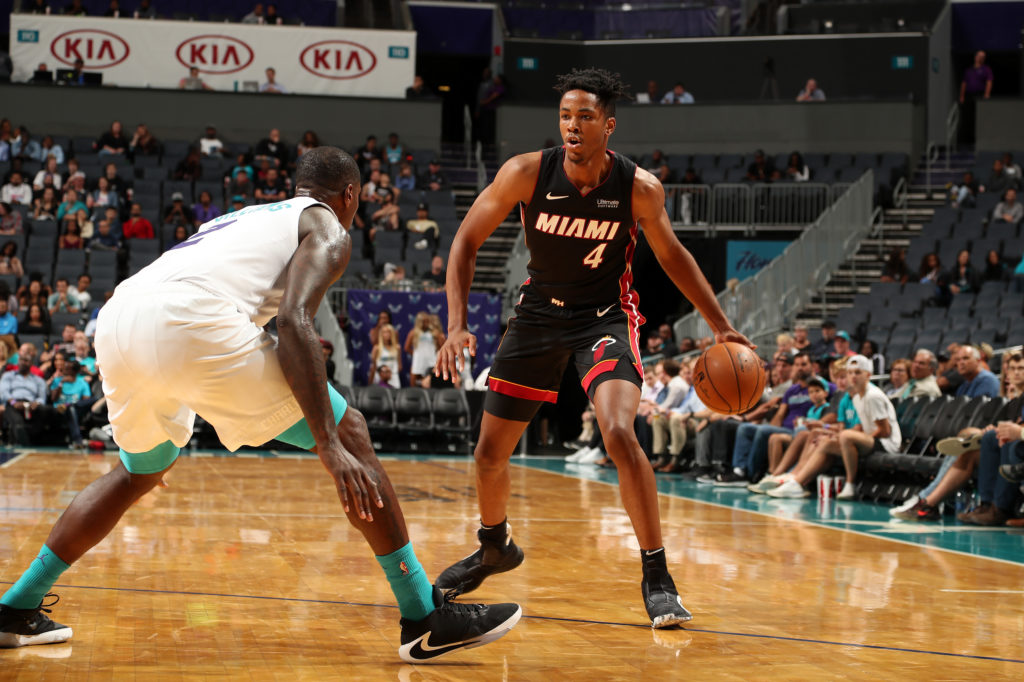 Just before the Miami Heat’s current five-game road trip — one that Miami is currently 0-3 on — the Heat called up 2019 second-round pick KZ Okpala, who had been with the Sioux Falls Skyforce since December.

The next day, the Heat traded Justise Winslow, James Johnson and Dion Waiters. And now, after Andre Iguodala and Jae Crowder both played significant minutes in their debuts with Miami, the Heat have sent Okpala back to Sioux Falls.
Okpala played his only non-garbage time minutes of the season in Miami’s Feb. 7 loss to the Sacramento Kings. Jimmy Butler was out, and Iguodala, Crowder and Solomon Hill were also inactive. Okpala scored seven points and grabbed four rebounds in 21 minutes of action.

According to the Miami Herald’s Anthony Chiang, the Heat plan to get Okpala consistent playing time in the G League. He would be even further down in the depth chart once Jimmy Butler comes back.

The rookie had some impressive moments in his first stint with the Skyforce, including a 22-point, 14-rebound performance.