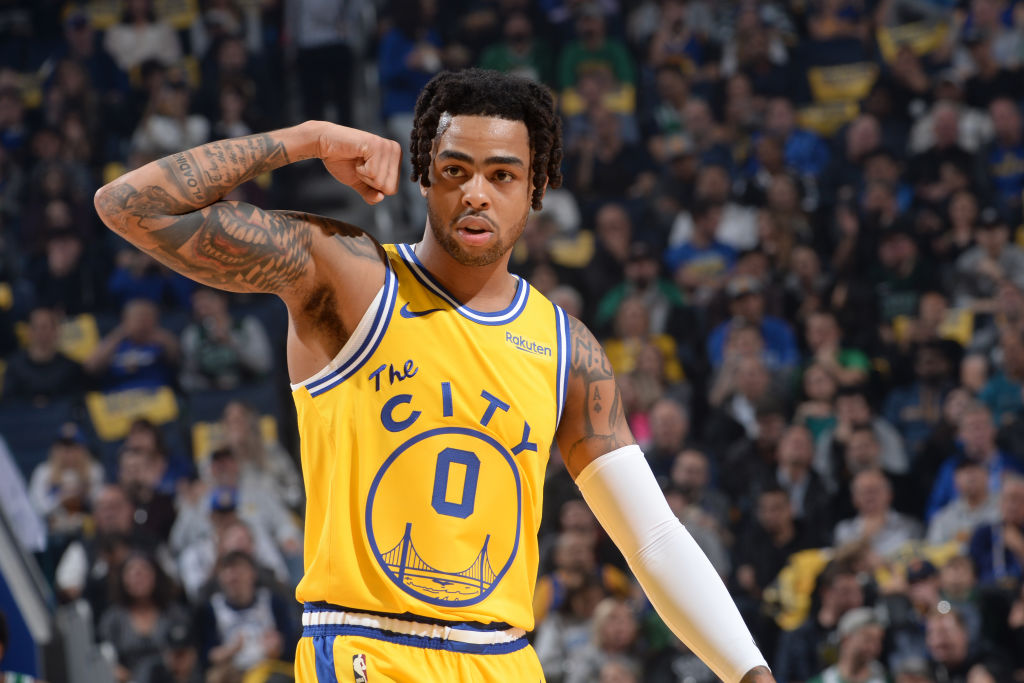 D’Angelo Russell reminds me of Matt Saracen in the Friday Night Lights episode “Leave No One Behind.” Saracen is being berated by Eric Taylor, and he shouts at his coach that everybody leaves him. He asks his coach what is wrong with him that makes everyone abandon him for other people and places. Except in Russell’s case, he has no one person he can scream at for the fact that every team trades him.

Just as Taylor told Saracen, there’s nothing wrong with Russell at all; instead, he’s found himself in a particularly weird career situation. He was highly regarded as a Lakers draft pick, but he came in during the last years of Kobe Bryant’s career. Then came his infamous recording of Nick Young admitting infidelity. As the Lakers changed management, they lost faith in him, and he was sent to Brooklyn

There, a semi-miracle happened. Russell, who was close to becoming a disappointment, resurrected his career and his image with the help of a stable and dedicated organization. He seemed to be at home, in a place where he could maximize the talent that was obvious from the beginning. He even made the All-Star game.

Then Kevin Durant decided to leave the Warriors, Kyrie Irving left the Celtics, and the two friends decided they wanted to team up in Brooklyn. Russell was the victim of the Nets’ good fortune. He was traded to Golden State to make room for those superstars. Half a season later, after playing like one of the Warriors’ few bright spots in an otherwise lost season, he was traded to his fourth team in five years.

Moving so often within a short amount of time could make anyone reasonably conclude Russell is not a valuable player, but he has become a vagabond for the exact opposite reason. His departure from the Lakers was due to their instability, his lack of maturity, and an almost mutual feeling it was time he moved on. Since then, he’s simply been a very good player who hasn’t fit into the plans of the teams that he has played for.

Brooklyn would have been foolish to turn down the opportunity to pair Durant and Irving together, and a Warriors team that already has a superstar point guard needed picks and other assets to rebuild for the next few years. By proving his value — that he is a very good, but not yet great, player — Russell became the perfect trade chip for teams with plans that went beyond him. Had he been a bit better as a player, he would have been a foundational piece for those teams, rather than the player being moved. If he had been any worse, there wouldn’t be so much interest in acquiring him.

This situation is normal in the NBA, where players are treated like currency as general managers try to engineer the best futures for their teams, but it is an unfortunate one for Russell. He worked hard to rescue his career and become a very good player. His coming into his own as a person has been a heartening story. But to realize his full potential, he needs a stable situation. A place where he is wanted and can develop for many years.

That hope is idealistic more than anything else. A player’s NBA career is built on fragile ground, and can topple at any second, just as Russell was beloved in Brooklyn for one year before he became dispensable. Or when he went to Los Angeles as a future Lakers star and left as a pariah.

Yet in Minnesota, that hope is back again. He will pair up with Karl-Anthony Towns on a team desperately seeking success. The Timberwolves are a seemingly perfect space where he can show off his ability. No one “deserves” anything in the NBA, but it would be nice if Russell, after the work he has put in, could feel like he has finally found a home.