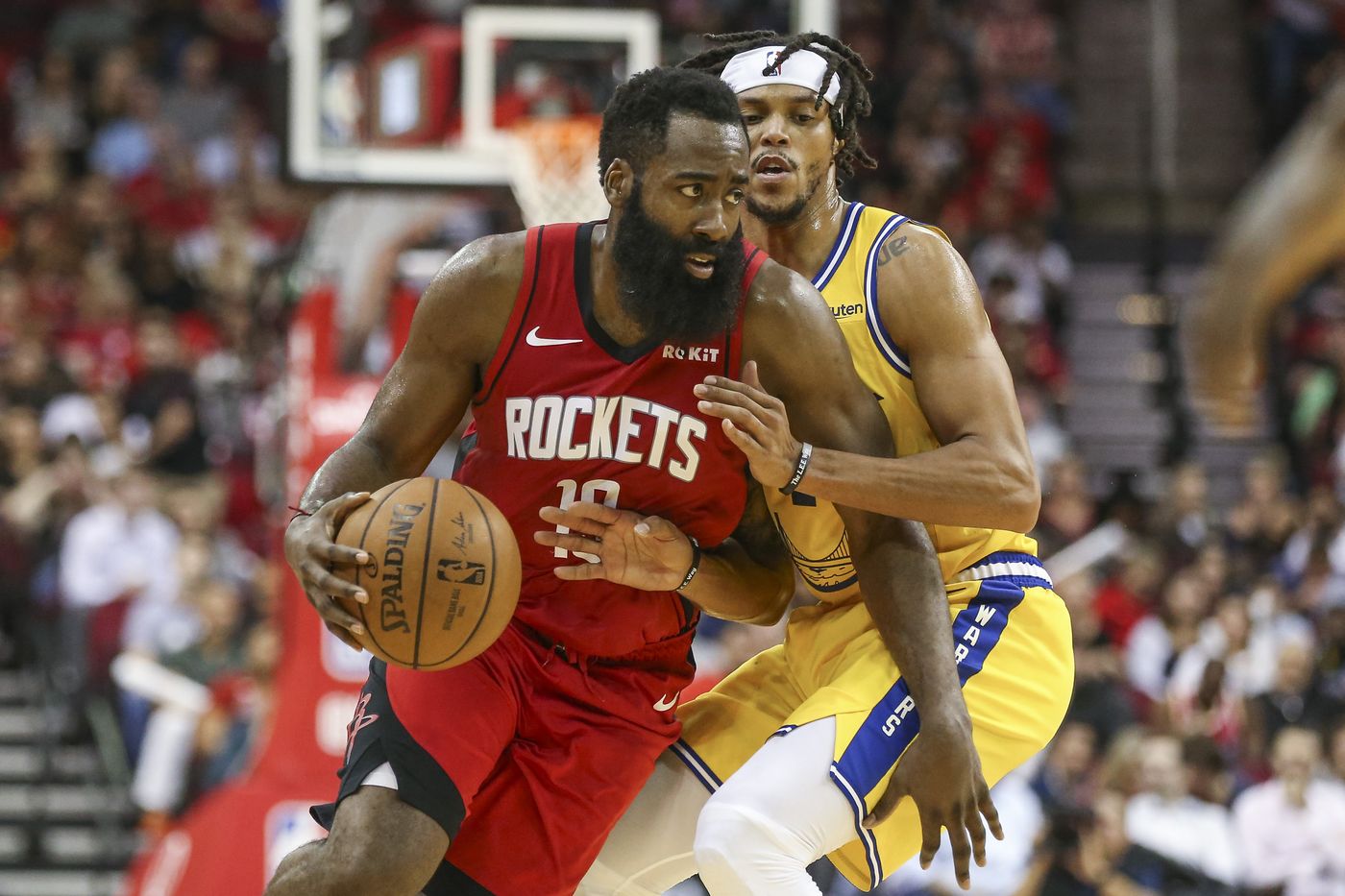 The Golden State Warriors were without Stephen Curry, Klay Thompson, Draymond Green, and D’Angelo Russell tonight, so it was no surprise that the Houston Rockets rolled to an eventual 129-112 victory over the shorthanded Dubs. And though the end result appeared easy, it took the Rockets some time before exerting their dominance.

James Harden finished with 36 points, 13 assists, 4 rebounds, 3 steals, and 3 blocked in shots while shooting 10-23 from the field in a performance that makes my fantasy basketball team very happy, but he started off slow, as did most of the Rockets, who only finished the first quarter up 30-29, while Harden finished the frame with just 4 total points.

He caught fire starting in the second quarter, however, as the Rockets began to assert themselves behind a clear edge in talent over the depleted Warriors. Houston went into the break up 63-52 and eventually extended their lead all the way to 23 points in the third quarter before settling in to the eventual final score differential.

In addition to The Beard, the Rockets also got 22 points, 11 rebounds, and 4 assists from P.J. Tucker, who continues his phenomenal start to the year, 19 points, 16 rebounds, and 6 blocked shots from Clint Capela, who truly dominated inside for the first time this season, and 18 points, 8 rebounds, 6 assists, and 2 steals from Russell Westbrook.

Danuel House rounded out all five Houston starters in double figures with 17 points and 6 rebounds, while going 5-6 from beyond the arc, and Austin Rivers scored 12 off the bench behind 4-4 shooting from deep, and he was a huge spark for the Rockets, particularly in the first half.

Houston had dominance all over the stat column, shooting 49.5 percent overall from the field, including 21-45 from three, and they racked up 31 assists to go along with edges in points in the paint and points off of turnovers.

The Dubs were led by Alec Burks, who scored 28 points off of the bench, 19 points, 6 rebounds, and 3 assists by Eric Paschall, and 15 points and 11 rebounds from Glenn Robinson III.

Houston now moves to 5-3 on the season, which considering how uneven they have played to this point, isn’t half bad. They now have off Thursday and Friday before returning to action on Saturday night, as they head back on the road to meet the Chicago Bulls.