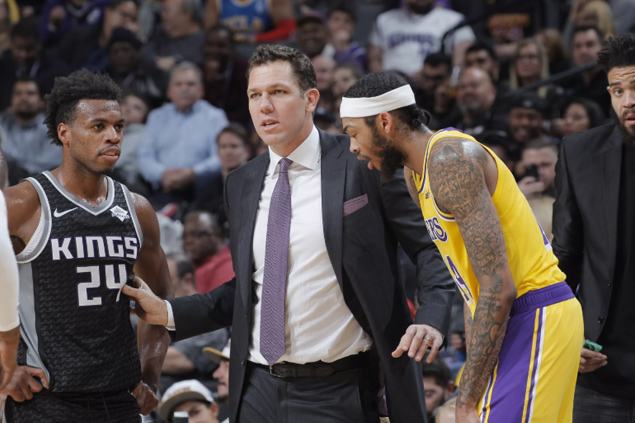 During his interview, Johnson revealed that part of the reason he was stepping down was that he didn’t want to fire Walton, someone that Jeanie Buss has full confidence in.

With Johnson now out of the picture, there is plenty of talk about what will now happen with Walton. Will the organization go through with Magic’s plan and fire Walton? Or will he receive another chance?

There were plenty of factors that played into the team’s lack of success this season. Walton is to blame for some of them, as his rotations and adjustments were lacking sometimes.

However, he can’t be held responsible for the number of injuries that were suffered or be blamed for the roster construction. In fact, had he been listened to, the roster probably would have been more well rounded.

Instead, the Lakers are going to miss the playoffs for the sixth straight year, the longest drought in franchise history. Walton is in limbo, but should the Lakers decide to move on from him, it sounds like he won’t be unemployed for long.