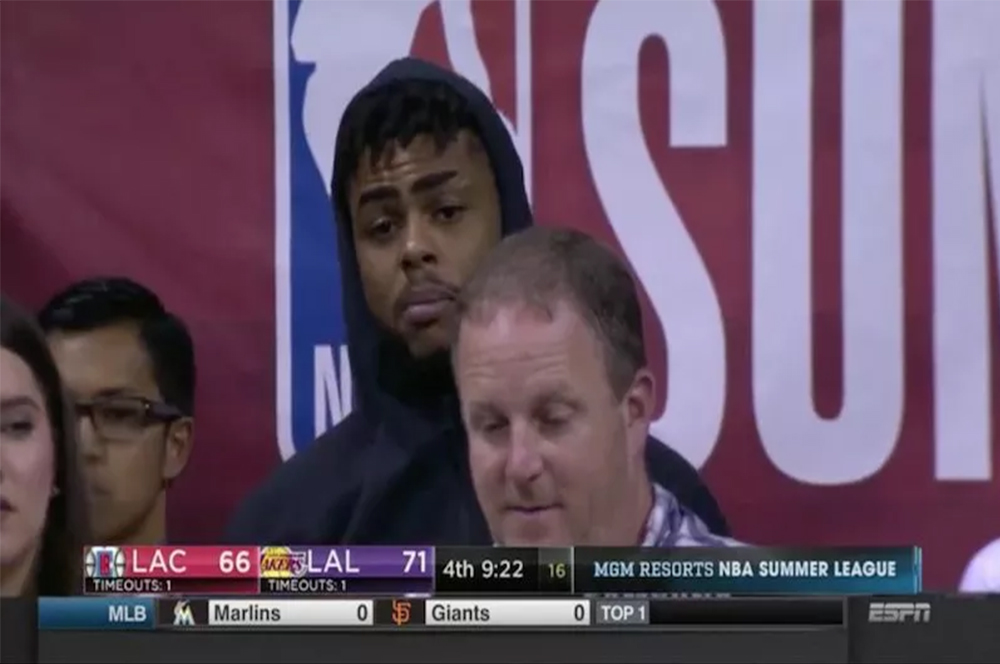 The NBA is a business, they say

Las Vegas Summer League kicked off on Friday night and the game between the Lakers and Clippers was the headliner. The building was packed to see how No. 2 pick in the NBA Draft, Lonzo Ball, would mesh with his new team. That included D’Angelo Russell, the guy the Lakers traded away so they could rebuild with Ball instead.

He legitimately looked so sad watching his old team. The internet agreed.

Anyway, hopefully both teams will be successful now and Russell can find happiness in Brooklyn.