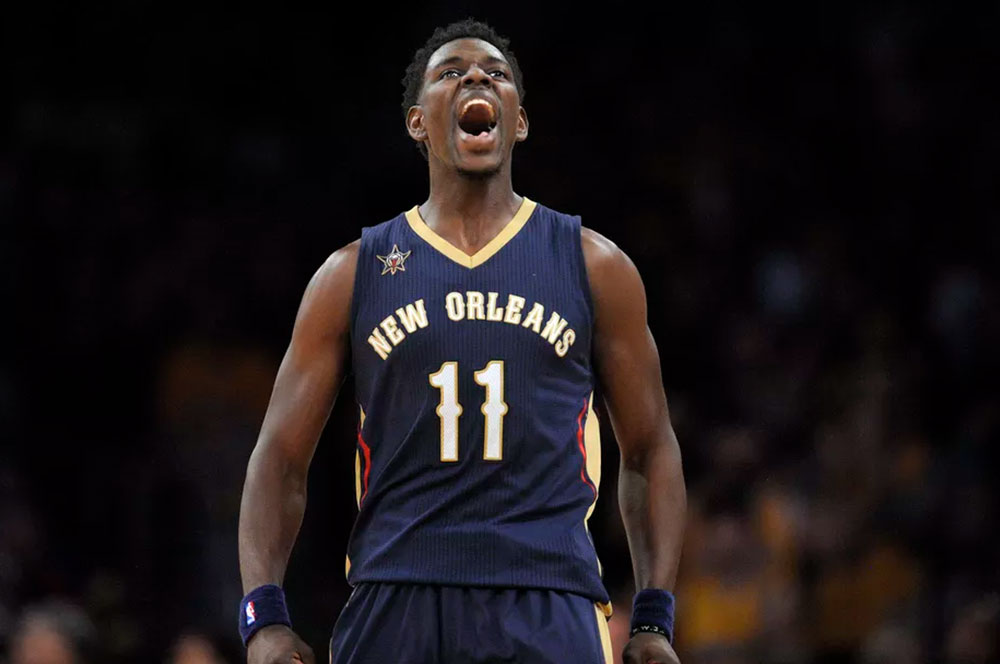 The Big 3 goes off; everyone else just plain off

A late Jrue Holiday 3-pointer over a motionless Julius Randle, followed by a Jrue iso-steal from Brandon Ingram sealed the deal late night Sunday in a 105-97 win against the Lakers. Los Angeles lost their 7th in a row and haven’t won at home since January(!).

The Pelicans got their first win with both DeMarcus Cousins and Anthony Davis active, and they, plus Jrue Holiday, dropped big numbers yet again. Cousins had 26 points and 15 rebounds, serving as the second unit’s primary offensive hub whenever Davis and Holiday left the floor. Davis had 31 points and 9 rebounds and Jrue Holiday had 20 points, 12 assists, 5 rebounds and 3 steals.

Cousins fouled out with 1:55 left, with the game still hanging in the balance. Luckily for him, his Kentucky buddy Anthony Davis answered a tied game with a long 2-pointer to give the Pels a 99-97 advantage before Jrue’s saving make from deep.

Of course, the Pels could have salted it away much sooner, gaining a 14-point lead with just under 6 minutes left, but D’Angelo Russell and Nick Young 3s pulled the Lakers to within striking distance before that Davis shot.

Quite simply, the Pels’ Big 3 did major work tonight and overcame poor shooting efforts from Solomon Hill, Hollis Thompson, Alexis Ajinca (he still plays!), Dante Cunningham and Tim Frazier. Also, the Lakers had 25 turnovers, which is a shocking number for an NBA team.

The playoffs are not gonna happen this year, unless something crazy happens to Denver, Portland, Dallas, Sacramento and Minnesota all at the same time, but there’s a world in which the Pelicans coast into next season’s playoffs, and are even thinking about homecourt adva... nah, too early for that kind of optimism.

This Big 3 notion simplifies things for the team as they look to find guys who can knock down 3s and play mistake-free defense on the wing this summer and into next year. Good luck with that!

Both teams started a combined 1-for-11 to start the game, and then after halftime they started a combined 2-of-13. But in the second quarter, the Lakers caught fire and saw Tyler Ennis make multiple 3s and Timofey Mozgov score a couple buckets. LAL shot 69 percent in the second quarter, before they went 5-of-22 in the 3rd. As good as the Pelicans defense may have been that quarter, the youthful bad decisions and corresponding turnovers (16 after 3, including 6 that quarter) was the decisive marker of those 12 minutes. The Lakers then caught fire in the 4th to make it a game, but with every make, they followed it with a turnover, totaling 9 in the 4th quarter alone; as D’Angelo Russell’s career goes, so goes the current Lakers future.

The Pels play at Utah tomorrow (or today, if you’re reading this on Monday) at 8 p.m.