The sixth season of Mobile Legends: Bang Bang Professional League Philippines (MPL-PH) is over and the seeds are set for the playoffs. While Group B was less of a tumultuous ride, Group A saw a battle for the top spot that resulted in the favorites Aura PH ended up in second place.

Execration has finished atop Group A with a 7-6 W-L record at 25 points while Aura PH netted a 10-3 record with 24 points. Blacklist International which held the top spot briefly held a 7-6 record at the end of the season with 22 points. The late blooming Nexplay Solid pulled of a 6-7 record and 16 points while Blu Fire finished defeated at 0-13 with two points to their name.

Group B was dominated by BREN Esports as the top dog finished with a 12-1 record colleting 34 points along the way to hold a seven point lead over second seed Omega. ONIC came up third with the same 9-4 record by three less points while Cignal Ultra reversed the numbers at 4-9 and just 15 points. BSB netted just one win throughout the season and finished with 6 points. 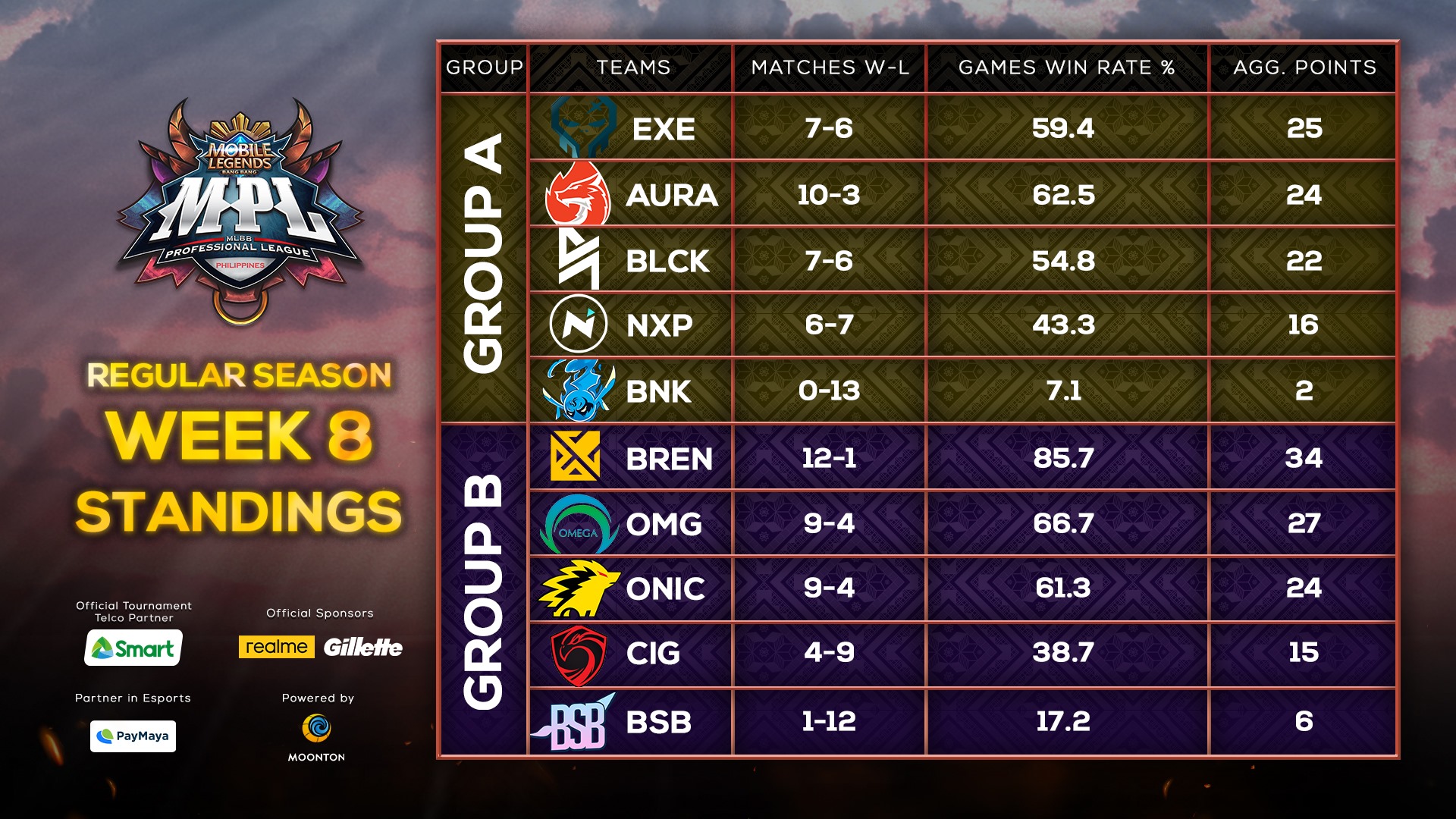 Playoff matches will be streamed live via the following official social media channels: