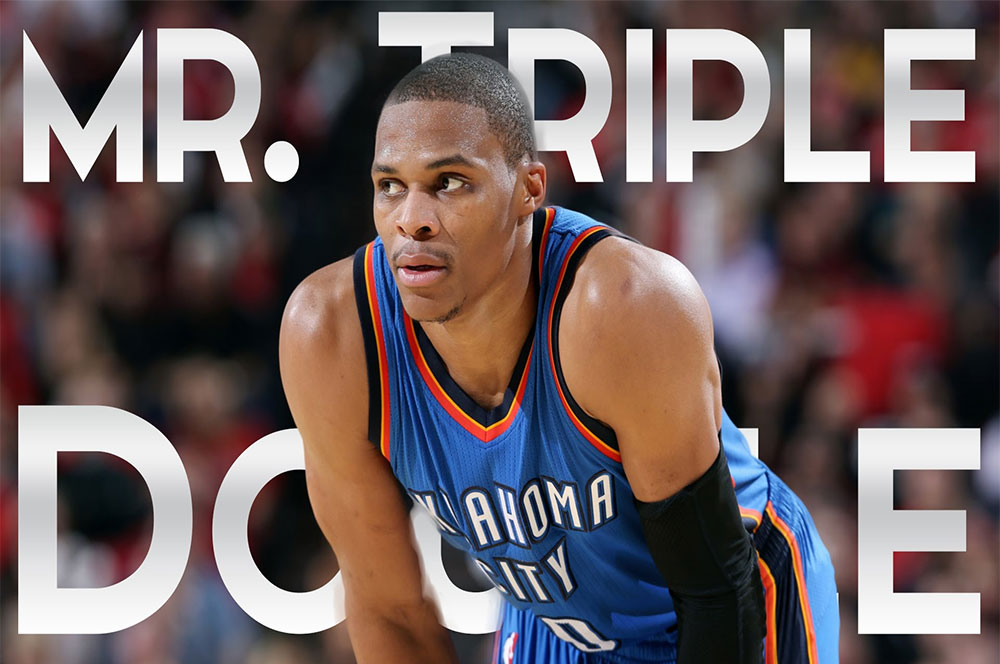 From Nov. 26 to Dec. 9, Westbrook piled up seven straight triple-doubles, becoming the first player since Michael Jordan in 1989 to do that. Westbrook’s streak was snapped on Dec. 11 when he only recorded six assists.

The only player in NBA history to average a triple-double throughout an entire season is Oscar Robertson. This year, Russell Westbrook is trying to become the second.

"Yeah, he could do it. He could do it," Thunder coach Billy Donovan told the Norman Transcript on Nov. 28. "I’m not gonna say he is or isn’t because I think the more important thing is Russell is winning, but he’s a guy that has great impact on generating assists. He has a great impact on rebounding the basketball, and he can score. So, there’s certainly a possibility that can happen.”

With Kevin Durant gone, Westbrook has full control of the offense. He’ll obviously score double-digit points, and averaging double-digit assists seems likely. The big question is whether the 6’3 guard can rebound enough throughout the year.

Oscar Robertson did it in the 1961-62 season, averaging 30.8 points, 12.5 rebounds, and 11.4 assists when the NBA’s pace was up at a ridiculous level. He came close (within 1.0 assist or rebound) four more times. The last player to come relatively close to averaging a triple-double was Jason Kidd in 2006-07, when he averaged 13 points, 9.2 assists and 8.2 rebounds. LeBron James and James Harden are also close this season, but nobody is as close as Westbrook.