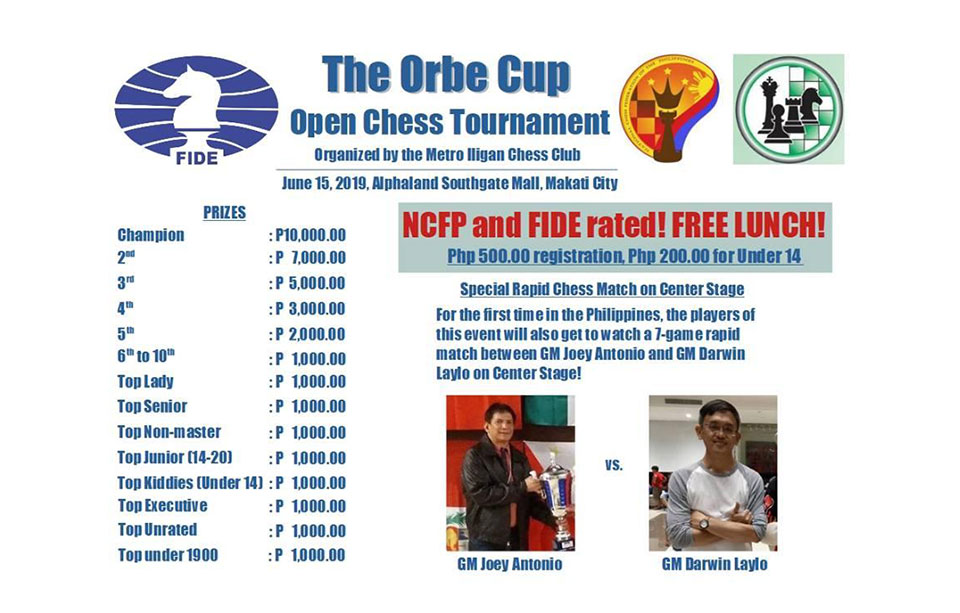 Orbe said with a registration fee of P500 while P200 for Under-14, chessers will have a chance to compete in a Fide-Rated chesssfest that expects participants from nearby provinces.

"I have confirmed participants from Metro Manila and nearby provinces," Orbe said, adding that NCFP, Fide and the Metro Iligan Chess Club joined forces to make the event possible being held coincide the birthday celebration of Orbe.

Special Rapid Chess Match or Center Stage. According to Orbe, for the first time in history in the Philippines, the players in this event will also get to watch a 7-game rapid match between 12-times national open champion Grandmaster Rogelio "Joey" Antonio Jr. and Grandmaster Darwin Laylo.-Marlon Bernardino-