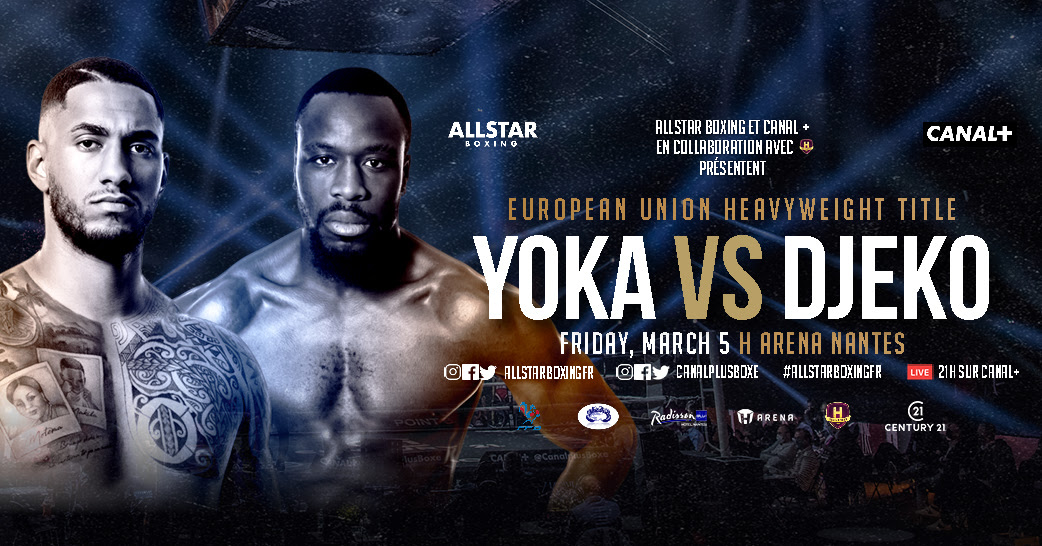 Heavyweight contender Tony Yoka, the 2016 Olympic gold medal sensation from Paris, has set his sights on his first professional belt. Yoka will battle Belgium-born Joel Tambwe Djeko in a 12-rounder for the vacant European Union title Friday at H Arena in Nantes, France.

In the 10-round lightweight co-feature, Estelle Yoka Mossely (8-0, 1 KO), the other half of boxing’s most prominent husband-and-wife duo, will fight German contender Verena Kaiser (14-1, 6 KOs).

“I am excited to once again showcase my talents live in the United States on ESPN+,” Yoka said. “Djeko is a formidable opponent who I cannot overlook as I continue to move up the rankings.”

Yoka (9-0, 7 KOs) became an instant sensation in his home nation when he became the first French boxer to win an Olympic super heavyweight gold medal. Following a six-round decision victory over Jonathan Rice in his second pro bout, he notched six consecutive stoppage wins, including a first-round blitzing of former world title challenger Johann Duhaupas last September. Yoka returned last November on an ESPN+-streamed bill and scored a shutout 10-round decision over Christian Hammer. Djeko (17-2-1, 8 KOs) has never been stopped in a 20-fight career and has won eight consecutive bouts since a split decision defeat in 2016.

In other streaming action: