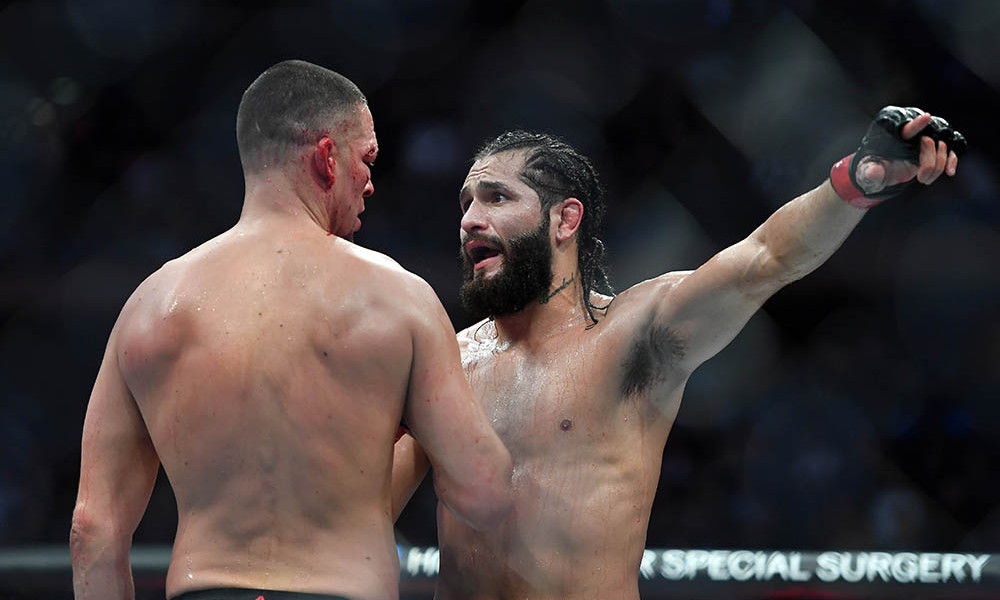 After his doctor stoppage loss to Jorge Masvidal at UFC 244, Nate Diaz wants nothing but an immediate rematch.

After the third-round doctor stoppage of the UFC 244 headliner between Jorge Masvidal and Nate Diaz, both fighters called for an immediate rematch. UFC president Dana White, however, has some other plans for “Gamebred”, stating during a post-fight scrum that an instant part two doesn’t interest him as of the moment.

But for the younger Diaz brother, running it back with Masvidal is the only fight he’s looking to take, next.

“If you’re the baddest motherf—r you’re gonna take that as a win? It’s just like when I fought Conor (the second time),” Diaz told reporters during his post-fight scrum. “It was a win, and it was fair game, but I wasn’t finished. He knows I wasn’t finished. I was ready to rock.

“That’s my plan. That’s my next move. I would love to run it back, that’s the only thing I want to do. And that’s my full intention for now.”

Even with the massive pull he’s brought over the years, Diaz still feels the company will do him wrong, in terms of his next career move.

“But I can already see the f-ckery coming,” he said. “I know how this game works. I gave all the rematches and made names for all these people.

“I believe I was responsible for this whole sh-t,” Diaz added. “I brought the President. Straight up. I didn’t see the President going to no title fights.”