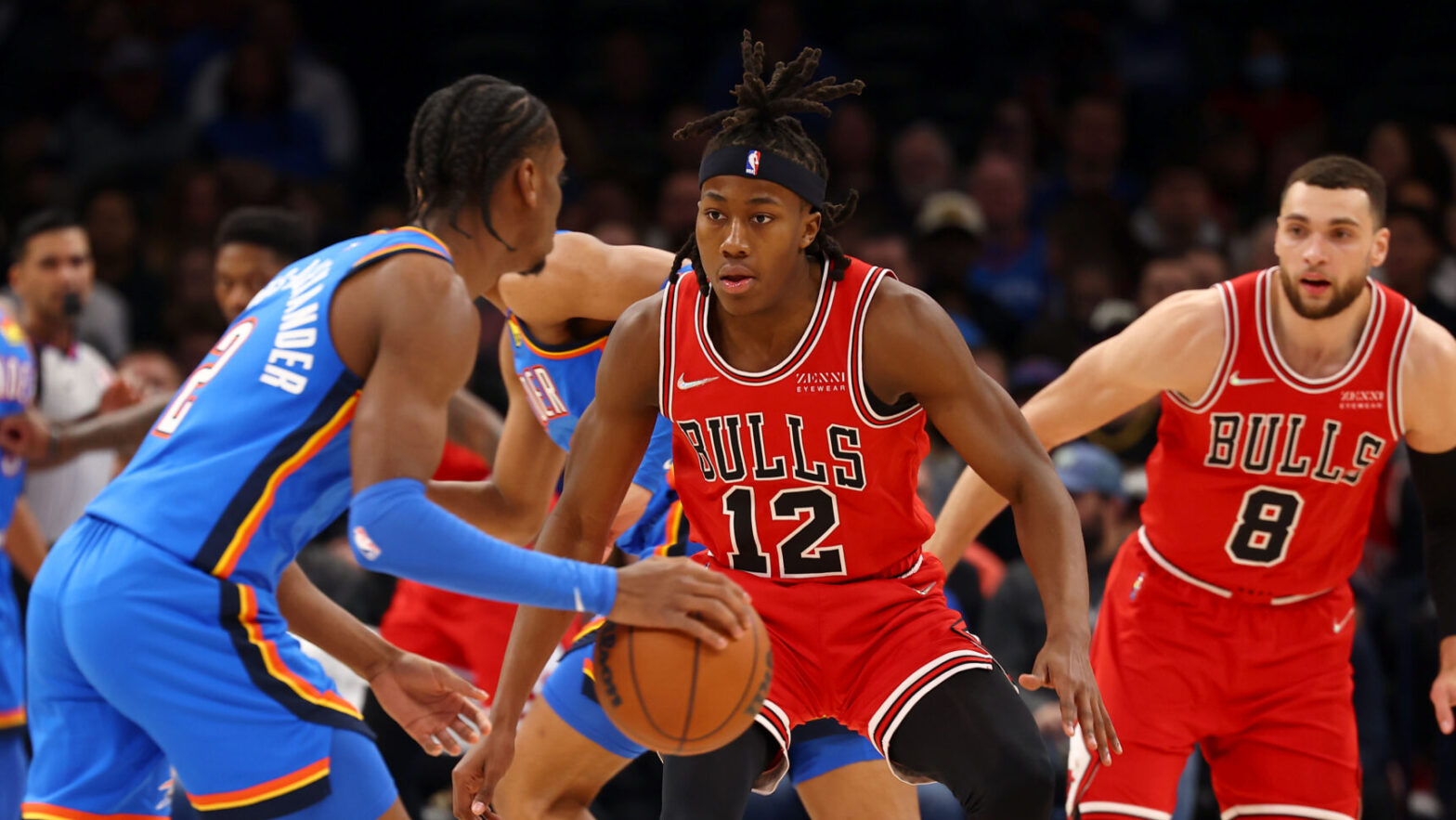 You give them as much rope as they can handle.

That was the way late Flip Saunders coached rookies in his lifetime on the sidelines for the Minnesota Timberwolves, the Detroit Pistons, the Washington Wizards and squads at various levels prior to his NBA days.

Some young guys need to be reined in when the responsibilities get to be too much, others run with it and grow their games thanks to increased opportunities.

Ayo Dosunmu has established himself as one of the latter with the Chicago Bulls this season.

Dosunmu – his name is pronounced “I-o Doe-SOO-moo” – was the No. 38 pick overall in the 2021 draft. Obviously, he wasn’t a hot commodity coming out of the University of Illinois, with questions about his shooting range and ball handling through much of his three seasons in Champaign. But he was Chicago’s only Draft pick — no first-rounder — which gave him an improved chance at sticking.

Now Dosunmu is a vital part of the Bulls’ rotation. The 6-foot-5 wing was helpful enough off the bench as a spot defender and surprisingly reliable shooter in the season’s first half. But after two spot starts in early December, Dosunmu has been thrust by injuries — to Lonzo Ball, Alex Caruso and until recently Zach LaVine — into a bigger role, starting the past six games and shouldering some point guard duties.

To demonstrate how much opportunity figures into some rookies’ development, consider Miami center Omer Yurtseven. The 7-foot lad from Turkey had a bit role until Heat starter Bam Adebayo got hurt. Yurtseven, undrafted in 2020, started 10 games for Miami, averaging 13.6 points, 13.9 rebounds and 30.9 minutes. But Adebayo is back now and the rookie plays off the bench, where he averages a mere 3.6 points, 3.5 boards and 9.1 minutes.

One thing the Bulls like about Dosunmu is his resiliency. Rookie highs and lows are inevitable – bounce-back ability is vital. After going scoreless against Golden State on Jan. 14 on 0-for-5 shooting, Dosunmu fired back 24 hours later in Boston for 21 points on 9-for-10 from the field with 10 assists — a first for NBA rookies.

He managed only 12 points in a combined 79 minutes at Milwaukee and Orlando over the weekend, then shot 10-for-14 for 24 points at Oklahoma City, chipping in five rebounds and eight assists in 35 minutes.(NBA)