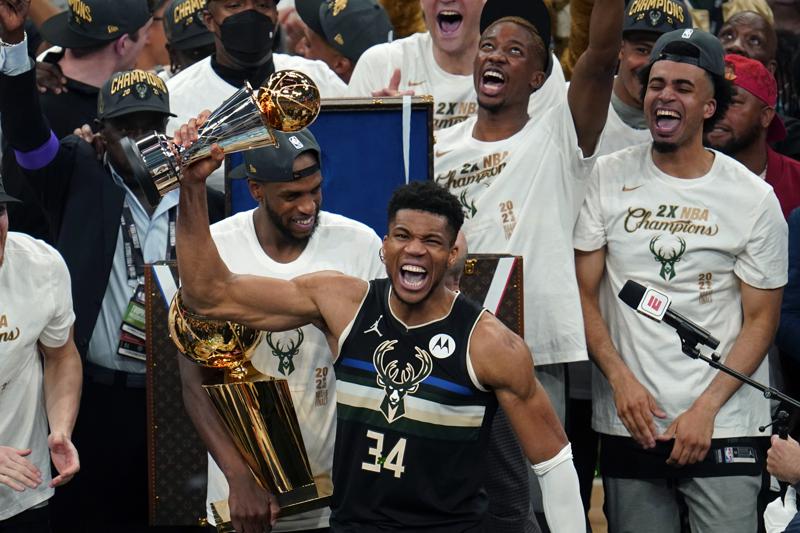 The Greek Freak delivered perhaps the best performance of his career at the best possible moment and can now add an NBA Finals MVP award to his two regular-season MVP trophies. Antetokounmpo scored 50 points in a series-clinching 105-98 Game 6 victory that ended the Bucks’ 50-year title drought.

A half century ago, it was Lew Alcindor — before he was Kareem Abdul-Jabbar — earning the MVP honors for the Bucks by averaging 27 points and 18.5 rebounds in a four-game sweep of Baltimore. This time, it was another big man leading the way as Antetokounmpo became the first player to average 35.2 points, 13.2 rebounds and 5.0 assists per game while shooting 61.8%.

Antetokounmpo carried the Bucks across the finish line by scoring at least 40 points in three of the six NBA Finals games, including his 50-point, 14-rebound, 5-block effort in Tuesday’s 105-98 series-clinching victory.

Throughout his NBA career, Antetokounmpo’s had Middleton as a teammate. Now they’ve won a title together.

It turns out Antetokounmpo didn’t have to leave Milwaukee to find his championship running mate.

“We have to live in the moment, enjoy this moment,” Antetokounmpo said. “I hope Khris enjoys it with his family. And he played amazing throughout the whole playoffs, man. He led us when I was down. He gave me a chance to come back.

“But once we’re done enjoying this, we got to get back to work. We’ve got to do it again. That’s how me and Khris operate.”