Wilder Given Step Aside Money For Fury To Face Joshua

Wilder Given Step Aside Money For Fury To Face Joshua

Wilder Given Step Aside Money For Fury To Face Joshua
Boxing 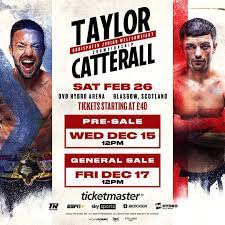 Max Kellerman of ESPN says Deontay Wilder has been given step aside money so that Tyson Fury and Anthony Joshua can fight two-times in 2021.

Kellerman maintains that former WBC heavyweight champion Wilder (42-1-1, 41 KOs) is being given money, just that he’ll wait. He has a contractual rematch with Fury, and it’s gone to arbitration due to Tyson choosing to face Joshua.

What Kellerman says about Wilder getting step aside green makes sense because Fury has no intentions of fighting him now.

With Wilder’s contractual rematch, Fury should be fighting him again, but everything has gone quiet. So what does that tell you? Kellerman must know something about this step aside deal.
If it is $5 million to $10 million that Wilder is getting to step aside, that explains why he’s not making noise about his rematch.

Chris Williams can’t help but notice how Wilder has stepped asking for his rematch with Fury. Why else would he do that unless he was given step aside money?

Kellerman Says Wilder Getting Step Aside Money
“Don’t look too much in the contracts because Deontay Wilder has got to be getting paid to step aside,” said Max Kellerman to ESPN. “When you get step aside money when you’re next with a contract, it ain’t hundred grand.

“It’s five to ten million dollars. So, Deontay is getting money just for waiting,” said Kellerman.

“He can punch but he lost to Andy Ruiz, who is pretty damn good,” said Stephen A. Smith about Joshua. “I don’t like how he looks, but he’s pretty damn good, okay.
“I wish him nothing but the best because he can really, really fight. Let me say, I don’t like the fact that this is a two-fight deal [between Joshua and Fury],” said Smith.

It looks bad the way Joshua and Fury are tying up all four heavyweight world titles for all of 2021 with their two-fight deal.

Can you imagine an NFL team telling the league and the fans that they’re only going to play one team for the entire year? That wouldn’t fly with the league, and it shouldn’t be that way in boxing.

Wilder Deserves Joshua Vs. Fury Winner
“Now, if Tyson Fury were to lose to Anthony Joshua, I have no problems with the mandatory rematch,” said Stephen A. Smith. “But I believe if Anthony Joshua were to lose, I believe Deontay Wilder deserves the winner.