Thiago Alves is done with trying to cut down to 155 pounds.

"Pitbull", a one-time UFC welterweight title contender, decided to compete at lightweight after racking up a 13-7 record at 170 pounds, but failed to hit the 155-pound mark in November. Alves, who lost to Jim Miller by decision at UFC 205, said he won’t try make that move anymore. 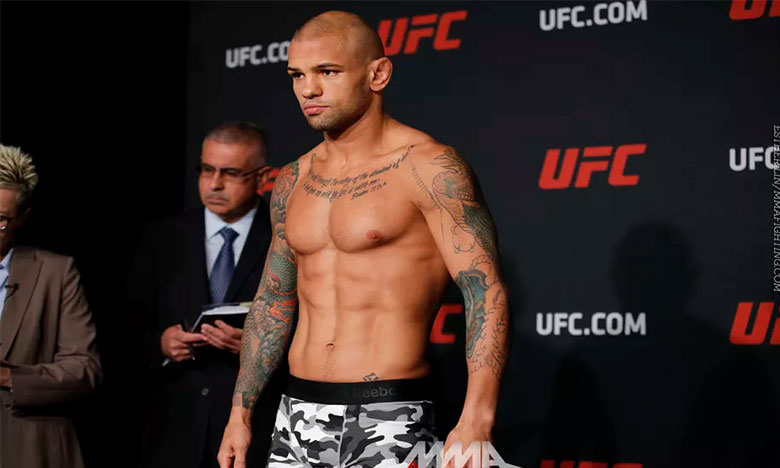 Thiago Alves is done with trying to cut down to 155 pounds.

"Pitbull", a one-time UFC welterweight title contender, decided to compete at lightweight after racking up a 13-7 record at 170 pounds, but failed to hit the 155-pound mark in November. Alves, who lost to Jim Miller by decision at UFC 205, said he won’t try make that move anymore.

"It's not worth it," Alves said to MMA Fighting. "I'll make the same money to cut 15 pounds more. But I don’t regret it because it was something I thought I could do. I tried, honestly, but I couldn’t. At least I tried with everything I had. The good side of it is that now I’m lighter than I was before, and I have less weight to cut. I can make 170 pounds in a week now.

"The UFC 205 experience changed me a lot," he continued. "I fixed everything I had to fix, removed some people that were pulling me back, and I have nothing to worry about now. My focus is to be the best now. I’m thrilled to be a father now, having fun everyday, and getting ready for this fight."

According to "Pitbull", one of the things he changed for UFC 210 was his nutritionist.

"Changing my nutritionist, that helped me," Alves said. "There was so much negative energy between him and my team. And not only that. By blocking all that negative energy, trying to do something that was not what I wanted to accomplish after all. Cutting all that bullsh*t and focusing on what I really have to focus."

Despite the loss at UFC 205, and the fact that he missed weight by almost eight pounds, Alves sees a good side of it.

"I don’t regret anything because now I’m on this mental and emotional state," Alves said. "I’m excited to compete. I’m a veteran, but I feel like a kid who just entered the UFC now.

"I'm thrilled, and I don’t worry about what’s in the past. The last fight doesn’t count that much because a lot of sh*t happened that week and I couldn't fight. I fought with 20 percent of my capacity, completely dehydrated. And my last fight at 170 was against (Carlos) Condit, a title eliminator bout. I won the first round and got caught in the second. That can happen to anyone.

"Look at the numbers in this division," he continued. "I removed myself from the rankings twice. First, when I underwent four surgeries, and now that I decided to fight at 155. But, brother, make no mistake about it, I’ll come back to the top like I always do."

Alves’ opponent at UFC 210, Patrick Cote, is also a former UFC title contender, having fought Anderson Silva for the middleweight gold in 2008. He reinvented himself at 170 pounds, winning five out of seven fights inside the Octagon.

"Cote is not afraid (to fight me standing), he will try to do everything, but everybody wants to take me down eventually, so I’m ready for everything, his wrestling and his striking," Alves said. "I'm better than him everywhere. I’ll be better prepared physically as well. It’s going to be a good night for the fans and a bad night for Cote.