It doesn't quite have the ring of " "The Flash"," but it holds true. becoming the first two-division champion in the promotion’s history. The ONE Featherweight World Championship Martin “The Situ-Asian” Nguyen knocked out Eduard “Landslide” Folayang in the second  round of their encounter at ONE: LEGENDS OF THE WORLD on Saturday night in Mall of Asia , shocking 17, 280 Fans. 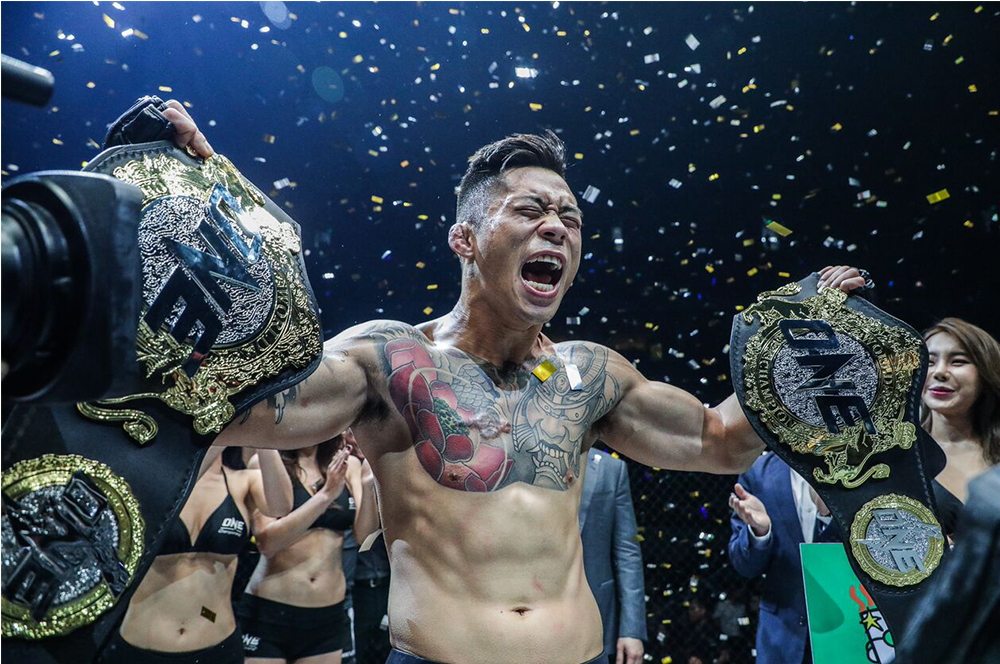 It doesn't quite have the ring of " "The Flash"," but it holds true. becoming the first two-division champion in the promotion’s history. The ONE Featherweight World Championship Martin “The Situ-Asian” Nguyen knocked out Eduard “Landslide” Folayang in the second  round of their encounter at ONE: LEGENDS OF THE WORLD on Saturday night in Mall of Asia , shocking 17, 280 Fans.

To Nguyen, however, the victory was clearly no surprise.

Speaking to the media following his ONE: LEGENDS OF THE WORLD victory over standout knocked out the previously unbeaten Marat “Cobra” Gafurov and laid claim to the featherweight crown in the main event of ONE: QUEST FOR GREATNESS this past August., Nguyen dropped a tidbit that's extra juicy in retrospect and predicted he will knockout Folayang. 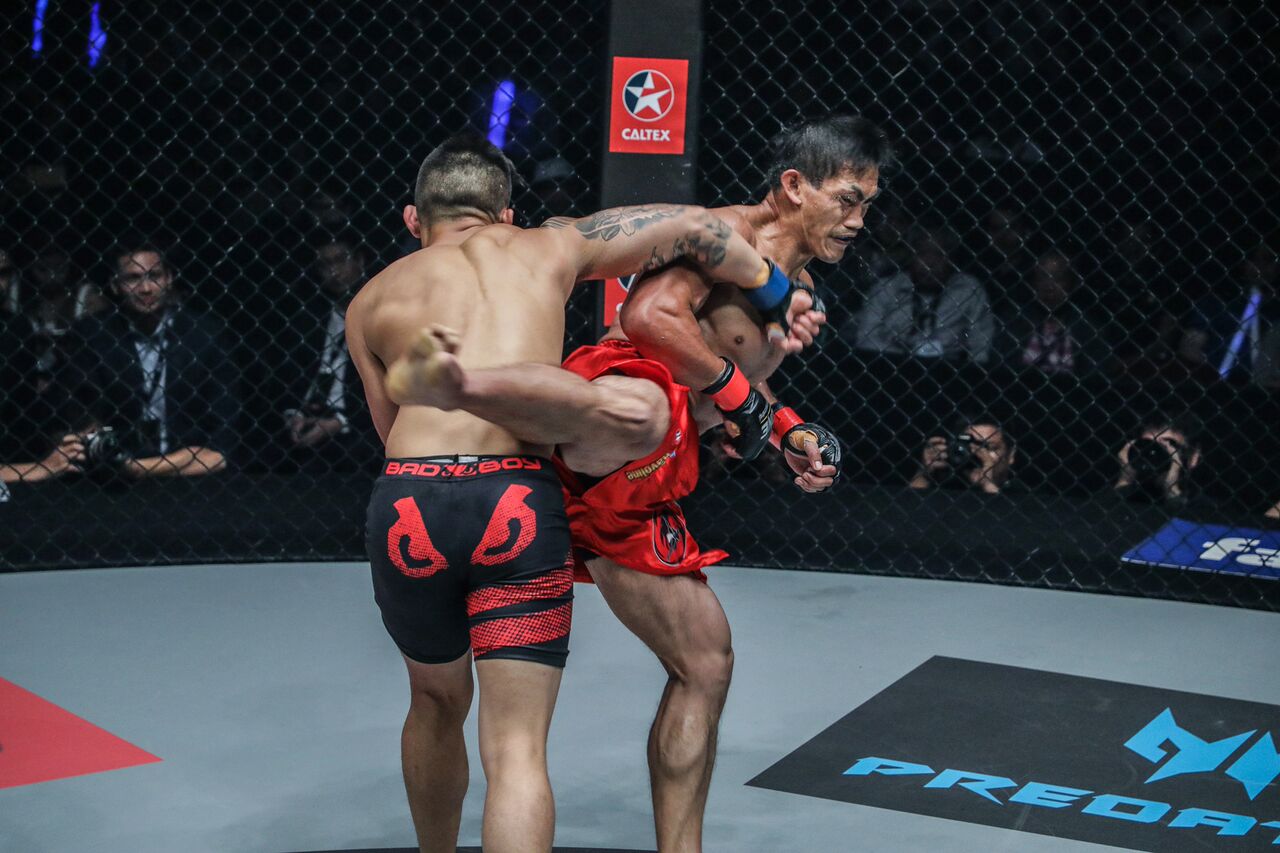 After plastering each other with hard strikes in the first round, When Folayang launched his patented spinning backfist, Nguyen saw an opportunity to turn the lights off on his Filipino foe by uncorking explosive signature right hand.

“This is a special place for me. Last year, I came in and won Fight of the Night, right now it's possibly the Knockout of the Night. I think coming into the fight my main objective was a TKO or a submission. Eduard, I still love you like a brother, I hope you're fine and I hope you come back stronger. I'm still your number one fan." Said Nguyen 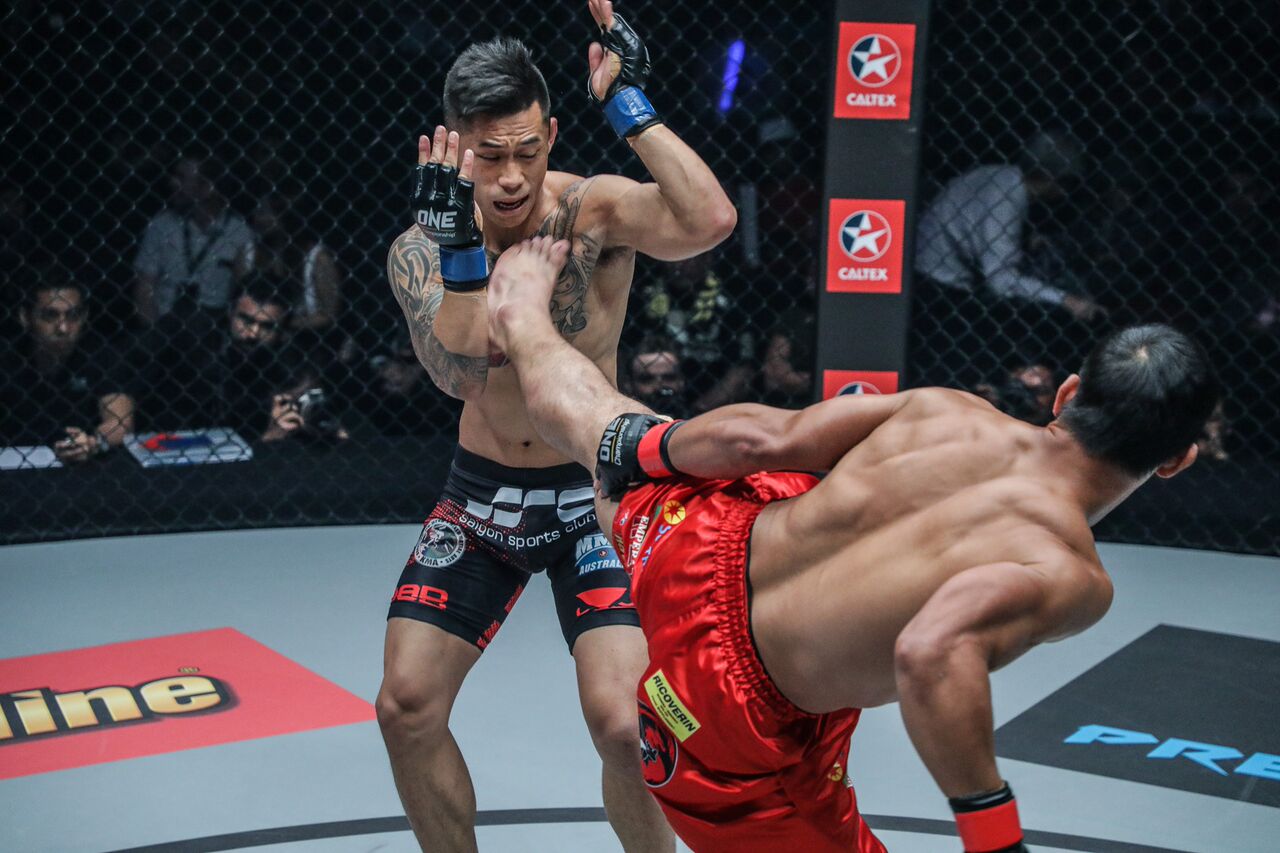 Flyweight Reece “Lighting” McLaren pulled off a successful submission victory by defeating flyweight mainstay Anatpong Bunrad. Debuting effortlessly in his new weight class, McLaren showcased his fluid grappling skills and solid striking. With a mere eight seconds remaining in the very first round, McLaren caught Bunrad in an anaconda choke and transitioned into a D’arce choke to force the tap.

ONE Championship’s flyweight champ Adriano “Mikinho” Moraes, denying Danny Kingad’s bid to become a world champion by submitting the Filipino talent with a rear-naked choke in the first round.

Filipino knockout artist Kevin “The Silencer” Belingon effortlessly dictated the pace in the stand-up, where his opponent was at a stylistic disadvantage. The Baguio City native frequently caught Chung with crushing right crosses and lashing kicks to the body from bell to bell. Chung tried to change the complexion of the match by resorting to his superb grappling skills, but Belingon’s defense against submission attempts was enough to steer him to a unanimous decision triumph.

Japanese prospect Hayato Suzuki bowed down for the very first time in his professional career as he yielded to Brazilian jiu-jitsu world champion black belt Alex “Little Rock” Silva. Both combatants started out aggressively, but it was SIlva who showed a more capable set of grappling skills. Silva spun a web of crafty grappling to overwhelm Suzuki as the Brazilian was able to get the submission finish in the first round, making Suzuki tap from an armbar.

Team Lakay’s highly-touted atomweight prospect Gina “The Conviction” Iniong extended her winning streak inside the ONE Championship cage with an outstanding second-round finish of Indonesia’s Priscilla Hertati Lumban Gaol. With a diverse striking arsenal, Iniong unloaded her signature right hand on multiple occasions, finding the mark. In the second frame, Iniong found an opening to take Gaol down to the mat. Applying a crucifix, Iniong delivered a flurry of ground punches to force the referee to step in and call a halt to the contest.