Upcoming DC Movies: The Full List From 'The Batman' to 'Wonder Woman 1984' and More

While Warner Bros. has had plenty of success with their DC superheroes in the past -- it is, after all, the studio that gave us The Dark Knight Trilogy -- their recent attempt at building a cinematic universe around Batman, Superman and their Justice League cohorts infamously proved less than, well, super. 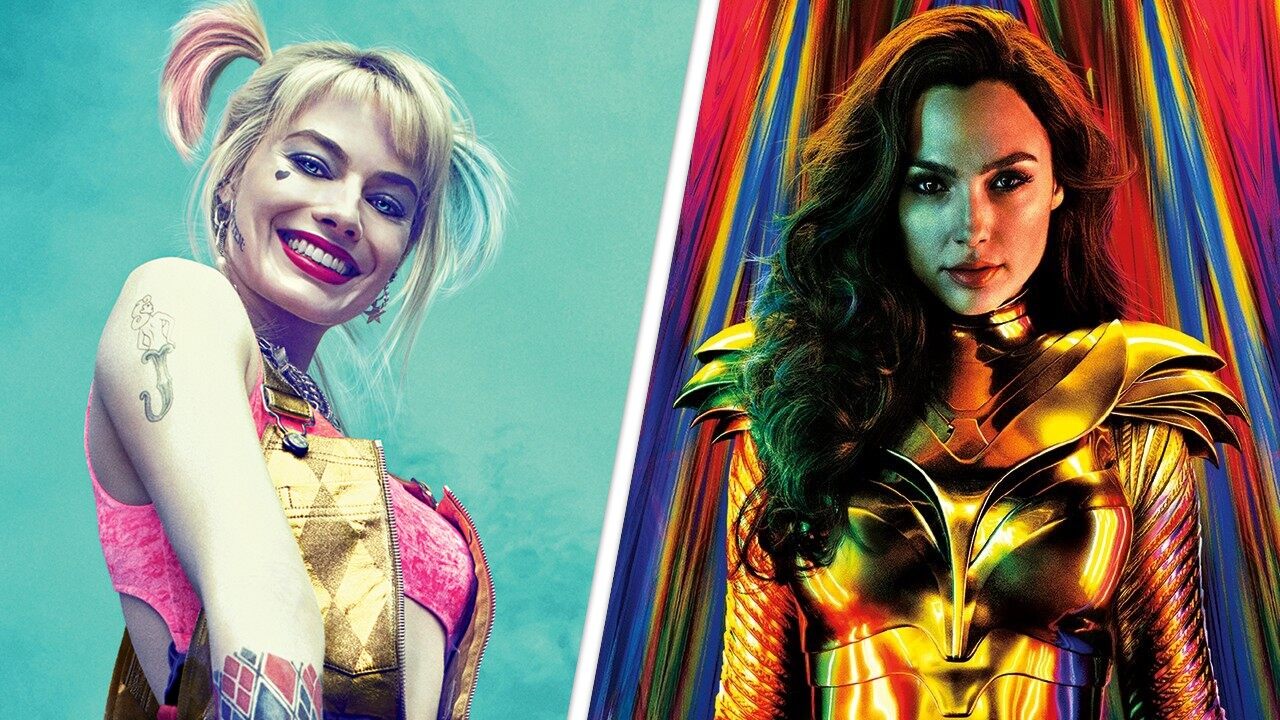 But with the successes of Wonder Woman, Aquaman and Shazam!, all seems to be back on track, even as the studio decided not to put all its DC eggs in one DCEU basket and branch off into one-off films for their various heroes and villains. And with an endless list of titles that are reportedly in development -- including Batgirl and Gotham City Sirens, Green Lanterns Corps and a Joker movie for Jared Leto -- there is still plenty to come. Below, we've compiled a comprehensive guide to what you can expect from the future of DC.

When WB's attempt at a DC Extended Universe appeared to be dying on the vine, the studio extended even further into original, standalone films, starting with a Joker origin story from the director of The Hangover. This Joker is Arthur Fleck (played by Joaquin Phoenix) and the movie is a character study about how a failed stand-up comedian becomes the Clown Prince of Crime.

"We didn't follow anything from the comic books, which people are going to be mad about," director Todd Phillips told Empire. "We just wrote our own version of where a guy like Joker might come from. That's what was interesting to me. We're not even doing Joker, but the story of becoming Joker."

Joker premieres at the Venice International Film Festival, which bodes well for an awards season run in 2020. Could it earn Warner Bros. their first Best Picture Oscar nomination for a superhero movie?

Birds of Prey (and the Fantabulous Emancipation of One Harley Quinn) (Feb. 7, 2020)

The delightfully titled Birds of Prey is a spinoff, of sorts, from Suicide Squad, with Margot Robbie reprising her role as Harley Quinn, albeit surrounded by a completely new squad. This all-female team is comprised of Black Canary (Jurnee Smollett-Bell), Huntress (Mary Elizabeth Winstead) and detective Renee Montoya (Rosie Perez), who team up to save Cassandra Cain (Ella Jay Basco), aka the future Batgirl.

According to screenwriter Christina Hodson, we'll be seeing a "whole new side" of Harley, too. "She was such a star, but we didn't get to see that much of her [in Suicide Squad]. We didn't get to, like, spend time with her and get inside her brain, her wonderful, f**ked up, fantastic brain," Hodson told ET. "Now we get to see so much more of her."

Wonder Woman 1984 (June 5, 2020)
Especially considering it was meant to come out this year (the release date was bumped from Nov. 1 to June 5, 2020), we don't know all that much about the Wonder Woman sequel. Diana Prince (Gal Gadot) will return, as will Steve Trevor (Chris Pine), somehow. (He didn't make it out of the original movie alive, after all.)

Gadot, however, says WW1984 is a "totally different film." It's set in the '80s, for starters, which director Patty Jenkins chose because it represents "mankind at its best and worst." Kristen Wiig joins the cast as Dr. Barbara Minerva, an archaeologist who receives powers from the plant god Urzkartaga and thus transforms into the villainous Cheetah

"Kristen was the perfect Cheetah," Jenkins told ET. "She was the perfect Barbara Minerva to come in and be someone who has great character, great depth, a funny friendship with Diana but then this potential to turn into something completely different. And, boy, did she nail it."

Following Batman v Superman: Dawn of Justice and Justice League, Ben Affleck had plans to direct, co-write and star in a standalone Batman movie, though he eventually stepped down as director and War of the Planet of the Apes' Matt Reeves was brought on. And then Affleck departed the project entirely.

So Reeves retooled the film as a noir take on a younger Bruce Wayne, both as Batman, of course, and "the world's greatest detective." Robert Pattinson was subsequently cast in the lead role, and he told Variety he is figuring out "how to bring something new to [the role] and not...scare people off."

Of donning Batman's cape and cowl for the first time, Pattinson said, "I remember saying to Matt, 'It does feel quite transformative!' He was like, 'I would hope it does! You're literally in the Batsuit.' You do feel very powerful immediately. And it's pretty astonishing, something that is incredibly difficult to get into, so the ritual of getting into it is pretty humiliating. You've got five people trying to shove you into something. Once you've got it on, it's like, 'Yeah, I feel strong, I feel tough, even though I had to have someone squeezing my butt cheeks into the legs.'"

The Suicide Squad of 2016 had so much potential -- how much it capitalized on that potential is for you, the reader, to decide -- so WB isn't throwing out the baby with the bathwater and instead pivoting to a partial reboot, sort-of sequel titled, somewhat confusingly, The Suicide Squad.

"It's going to be a whole new thing," Jai Courtney, who is reprising his role as Captain Boomerang, told ET. "There's some familiar faces and some old friends and a whole bunch of new people as well...[Director] James Gunn has an amazing energy and I really trust him and what he's going to do with this."

In addition to Courtney's Captain Boomerang, Margot Robbie's Harley Quinn, Joel Kinnaman's Rick Flag and Viola Davis' Amanda Waller have all been re-enlisted, alongside new comic book anti-heroes like Polka-Dot Man, Ratcatcher and King Shark. Notably, Will Smith will not be returning as Deadshot, and while Idris Elba was briefly set to step into the role, the plan has since changed and Elba will portray a new character.

The only thing we know about an Aquaman follow-up is that it is happening, as WB announced a 2022 release date. Screenwriter David Leslie Johnson-McGoldrick, who co-wrote the first, will reportedly pen the script and -- presumably -- Jason Momoa and Amber Heard will also return as Arthur Curry and Mera, respectively.

Beyond that, there's been no confirmation whether James Wan will direct or what story the sequel will tackle. That said, we know from the post-credits scene that Aquaman foe Black Manta (Yahya Abdul-Mateen II) is still alive and looking for revenge.

WB knows you like Aquaman, so the studio is putting a franchise in your franchise and turning the Seven Kingdoms of Atlantis into its own cinematic universe within a cinematic universe, starting with an upcoming "horror-tinged" spinoff centered on The Trench and the amphibious monsters who live in the deep.

"I definitely love the Trench creatures, because it does allow me to hark back to my horror roots," James Wan (who previously directed films like Saw and The Conjuring) explained. "So I went all out and basically made those sequences just sea creature monster movies. I think they should have their own movie!"

Considering the first film was a huge success, that shouldn't come as too big a surprise. Specifics beyond that are vague: Screenwriter Henry Gayden is the aforementioned sequel writer, while director David F. Sandberg is expected to return alongside the original cast. Fingers crossed the sequel will find plenty for the Shazam Family (i.e. the adult heroes played by Adam Brody, Meagan Good and Ross Butler) to do.

In addition to a Shazam! sequel, WB has long been in-the-works on an origin story centered on longtime Shazam adversary and occasional antihero, Black Adam. Dwayne Johnson, who served as an executive producer on Shazam!, will play Black Adam, a role he was set to originate in that film before it was decided to split them into two separate movies.

"They are vastly different backstories," Johnson told his Instagram followers this year, announcing that the movie would begin filming in 2020. "Black Adam is an antihero -- or villain -- who I cannot wait to play....They're all getting their a** kicked when I play Black Adam. That day of reckoning is coming for everyone."

Not to be confused with Marvel's upcoming Jack Kirby adaptation about eternal beings locked in an age-long war with their nefarious counterparts, New Gods will bring Kirby's other saga of gods and monsters to a cinema near you courtesy of director Ava DuVernay.

The legendary comic writer introduced his New Gods in the '70s as deities hailing from the utopian New Genesis who wage war with their counterparts in the nightmarish pit known as Apokolips. DuVernay has confirmed that long-teased DC uber-villain Darkseid will appear in the film, as will the all-female fighting force known as the Female Furies.

In 2014, WB announced a slate of interconnected films to launch with Batman v Superman, with Justice League to follow in 2017 and The Flash in 2018. The first two arrived as scheduled and introduced Ezra Miller's take on Barry Allen, aka the titular speedster; however, The Flash has yet to make it to the screen.

The project has cycled through multiple directors (from Seth Grahame-Smith and Rick Famuyiwa to John Francis Daley and Jonathan Goldstein) and as many scripts (at one point, it was officially revealed to be titled Flashpoint, indicating it would adapt the beloved time-traveling storyline from the comics) to no avail.

"We're marching forth," Miller told ET in 2016 after Famuyiwa departed the project. "I'm so devoted to this work and so devoted to the process. I trust ultimately things work out the way they're meant to." As it currently stands, Andy Muschietti (IT and IT Chapter Two) is set to direct from a new script by Christina Hodson (Birds of Prey).