'Joker' Ending, Explained: Breaking Down All of the Batman Connections

Massive spoilers for "Joker" below.

The greatest trick the devil ever pulled was convincing us Joker wouldn't be another Batman origin story. Especially after director Todd Phillips said he "didn't follow anything" from the comics, no one could have anticipated how integral a role Bruce Wayne would play in the movie. 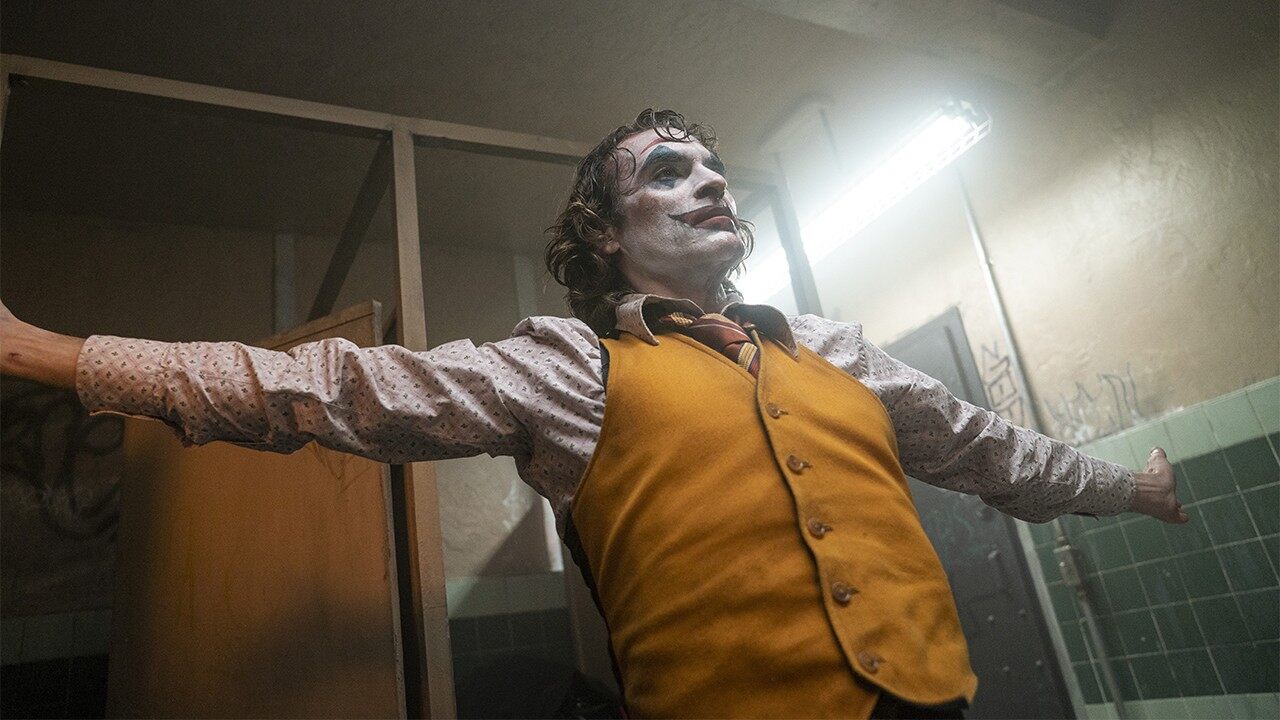 "You hear 'Joker' and I think everybody has their idea of what they think the film will be, but then Todd and Scott Silver's script really went ways that I couldn't have expected," Joaquin Phoenix told ET's Ash Crossan. "They really blended their own unique version of this world while still maintaining some of the Gotham/Batman/Joker mythos."

Joker centers on Phoenix's Arthur Fleck, an aspiring comedian living in Gotham City. The Wayne family is established early on in the story, with Arthur's mother, Penny (Frances Conroy), writing to businessman-turned-politico Thomas Wayne (Brett Cullen) asking for financial assistance. As we come to learn, not only was Penny a Wayne employee, but she claims she and Thomas were lovers and that he is Arthur's father.

That's right: Batman and Joker are half-brothers, at least according to Penny.

The movie never explicitly makes clear whether that's true or not. Arthur, donning a red clown nose, pays a visit to Wayne Manor and performs an impromptu magic show for an enthralled young Bruce Wayne (played by Dante Pereira-Olson). The moment is interrupted by Bruce's butler, Alfred (Douglas Hodge), who promptly informs Arthur that his mother is "delusional." Thomas eventually tells him the same: "Look, pal, I'm not your father," he says, claiming that he never slept with Penny, that Arthur is actually adopted and that Penny was once committed to Arkham Asylum.

The latter does appear be true, as Arthur tracks down her intake records at Arkham and learns Penny was involuntarily held for delusional psychosis and narcissistic personality disorder. But might Thomas have pulled the strings to make that happen? After all, Arthur finds an old photograph of his mother, a message scrawled on the back: "Love your smile... T.W."

Technically, Phillips claim -- that he didn't pull directly from the comic canon -- holds true. Though the film is populated with comic book characters, no iteration of Batman has revealed Bruce is related to his ultimate archenemy. (He's famously an only child.)

That's only the film's first radical twist to Batman mythos. Arthur rises to an almost messiah-like figure in Gotham, its people -- plagued by a trash epidemic and super rats, while the wealthy upper class turns a blind eye to their plight -- having anointed the mysterious, murderous clown an icon for the lower-class and adopted an "eat the rich" mentality. Or otherwise murder the rich, as it were. When Arthur shoots and kills late night host Murray Franklin (Robert De Niro) on live television, the powder keg that is Gotham explodes.

Mobs take to the streets and anarchy ensues: Cars are lit on fire, storefronts are looted. Amid the chaos, Thomas, his wife Martha (Carrie Louise Putrello) and Bruce slip out of a theater and attempt a getaway down an alleyway. A thug dressed in a clown mask follows them, and though you can't believe your eyes -- you can't actually be watching the Waynes be murdered again, can you?! -- there it is: The gun. The bullets. The string of pearls flying through the air in slow motion. "You get what you f**king deserve," the criminal shouts. Blood splatters across young Bruce's face.

In the world of Joker, the titular Clown Prince of Crime is not only (maybe) Bruce's brother, but he is (indirectly) responsible for the murder of Bruce's parents -- the defining moment that drives Bruce to become the Caped Crusader.

"It's still a DC movie, even though it's told through a very different lens," Phillips said of how and why he tied Joker to Batman's origin story. "We wanted to still honor the comic book world -- or dishonor it, depending how you look at it. We keep a foot in the comic book work throughout the movie. This isn't an anti-comic book movie. It's just told in a different way."

Though Batman's origin story has varied in the comics, it's a petty mugger and two-bit mobster wannabe named Joe Chill who is responsible for the deaths of Thomas and Martha Wayne. (Phillips is not the first director who's connected Joker to the murders, however, as it's Jack Nicholson's Jack Napier who pulls the trigger in Tim Burton's Batman.)

Movie-goers are now twisting the Batman canon with their own theories, one of which says that Phoenix's Joker is not actually the Joker but a predecessor who inspires another Joker to emerge, a Joker who will become Batman's longtime foe. (Should Warner Bros. want to launch a Batman follow-up from this film, this theory would explain away the age difference between Phoenix and Pereira-Olson.)

"It's funny that's a theory that's out there, because when I was editing, I showed it to friends of mine -- filmmakers, writers -- and one of them had that theory," Phillips said. "I like that you can view this movie in many different ways. Somebody said to me, 'It's all in his head. It's told from the end in Arkham Asylum, that's the only real thing in the movie and everything else is made up.' There's a lot of different ways to look at the movie, and I think that's what makes it fun."

And while Phillips says he does enjoy hearing the theories, he isn't searching them out and he won't be confirming or denying any anytime soon. "But one day I will," he promised. "I will say what we think and what we meant when we were writing it, which I think is important. But not now."