NBA draft 2017 grades: Lonzo Ball to the Lakers better work out better than D'Angelo Russell to the Nets
NBA 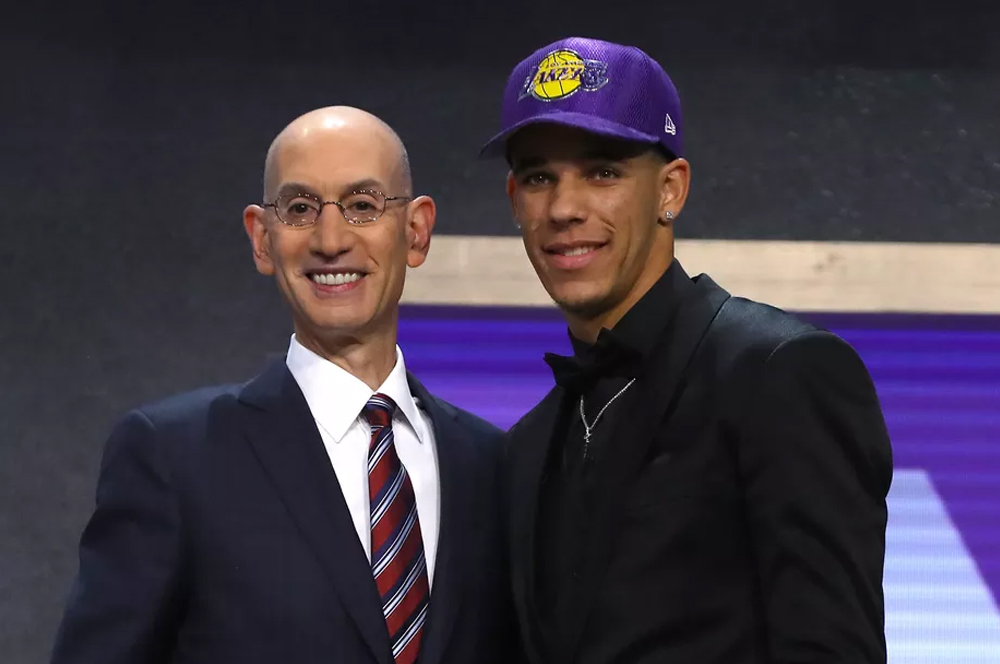 Lakers tentatively get passing marks for their dealings around draft day.

Before the Lakers drafted Lonzo Ball No. 2 overall in Thursday’s NBA draft, they traded D’Angelo Russell and Timofey Mozgov to the Brooklyn Nets for Brook Lopez and the No. 27 pick. That’s basically a discount for a young player — albeit one who had a rocky start to his career — who many believed had star potential when he was drafted second in 2015.

But that trade became somewhat of an afterthought after the presumed became reality: Los Angeles selected Lonzo Ball just minutes into the draft, solidifying its point guard position for the visible future with a hometown talent.

The Lakers took athletic Utah wing player Kyle Kuzma at 27 before flipping picks No. 28 for 30 and 42, which they used to take Villanova’s Josh Hart and Indiana big man Thomas Bryant.

While it’s tough to weigh Ball’s long-awaited arrival against the bungled Russell trade, the Lakers certainly didn’t lose draft day. Instead, they did what many expected: turn the keys to the franchise over to one of the best point guard prospects in recent history.

For the draft alone, our own college basketball expert, Ricky O’Donnell, gave the Lakers an A for their picks:

Lonzo Ball’s greatest strength is his basketball mind. He has ideal size (6’6), deep shooting range, and always seems to think the game two steps ahead of anyone else. Ball just helps you win games. I like Kyle Kuzma and Josh Hart as versatile forwards, too.

Sports Illustrated gave the Lakers a B overall, taking into account Los Angeles’ pre-draft trades in the grade:

The D'Angelo Russell trade may not age well as the years pass and Russell evolves in Brooklyn, but dumping Mozgov is a win whether they sign LeBron or not. And rather than Russell spending the next several years getting side-eyed by everyone in the organization, a fresh start probably made sense. Still, it's been a busy week for the Lakers and it'll take time to decide what worked. If they eventually sign Paul George next summer, not trading for him tonight will look brilliant. If Lonzo is as good as expected, it won't matter that they gave away Russell.

If D’Angelo Russell develops into a better point guard in Brooklyn than Lonzo Ball does in Los Angeles, we’ll all look back on this trade scratching our heads at Magic Johnson’s big trade. But if Ball balls out like everyone expects, this could be the beginning of big things for the Lakers.