What if this year's NBA rookies could choose their own teams?

Imagine a world where the NBA draft was no more. Where rookies enter a free agency pool and can decide their own future instead of falling prey to a team that ends up with a high draft pick.

If you can’t imagine that, it’s OK. We did it for you. In that instance, this year’s rookie class becomes much more interesting than we already expect it to be. 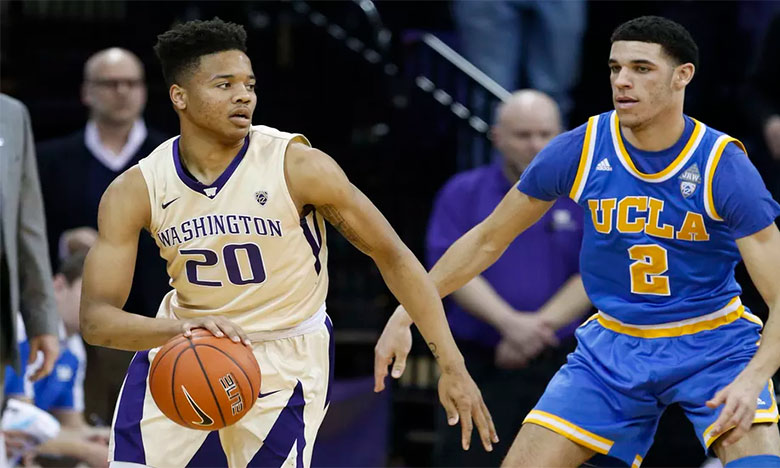 Imagine a world where the NBA draft was no more. Where rookies enter a free agency pool and can decide their own future instead of falling prey to a team that ends up with a high draft pick.

If you can’t imagine that, it’s OK. We did it for you. In that instance, this year’s rookie class becomes much more interesting than we already expect it to be.

The upcoming rookie class is lauded as the strongest in recent memory, with some of the nation’s top prospects set to enter the NBA next season. What if these uber-talented youngsters get to carve the careers they want for themselves rather than have a bottom-feeding franchise heap a predetermined destiny upon them?

Here’s a look at a few of the best players entering the NBA this summer and what teams would make the most sense for them if they held their futures in their own hands.

For Fultz, the ideal NBA situation would be to sign with a team on the rise that doesn’t have much competition at point guard and can throw the maximum possible amount of money at him.

Philadelphia checks all those boxes.

The 76ers are one win away from tying their win total from the previous two seasons combined. With the dynamic yet oft-injured Joel Embiid, Philly has a building block for the foreseeable future. The 76ers still haven’t seen No. 1 overall pick Ben Simmons touch the floor, and the Colangelos only have $35 million in guaranteed contracts for next season. This is a perfect match.

The Lakers signing Lonzo Ball to a rookie max creates an interesting discussion, with Paul George’s free agency in the summer of 2018. Luol Deng and Timofey Mozgov account for nearly $35 million in annual salaries combined, and George will command a max contract upward of $25 million per year in 2018.

But Ball flanking D’Angelo Russell, George, and Larry Nance make for a highly competitive team in Los Angeles. In this scenario, though, Julius Randle would be the odd man out.

The Phoenix Suns could also make an offer on Ball to create a dangerous backcourt alongside Devin Booker. But that’s assuming they’d move on from a 28-year-old Eric Bledsoe who just had a career year.

Between Bledsoe and Booker, the Suns are loaded at the guard slot. But it’s slim pickings for Phoenix up front.

Jackson isn’t nearly the player Kawhi Leonard was in college, but they’re cut from the same cloth: athletic forwards who can defend multiple positions and score at the rim.

The Suns need to address their problem at the 3 position with a versatile defender and shooter who fits alongside their two guards. Jackson has good size and can score off the dribble. Once he develops a consistent three-pointer, he could be the answer for the Suns at a position that’s long dogged them.

The Knicks are pushing the Triangle offense full time. That means they need a shooting guard who can score both on and off the ball. Malik Monk fills that need.

Monk runs off screens like J.J. Redick but can score off the dribble like C.J. McCollum. He’s come up big for Kentucky multiple times in the season. The Knicks need a guard like him as an electrifying perimeter scorer.

Adding Monk all but ensures the end of Derrick Rose’s tenure in New York, one many consider a foregone conclusion. Adding the Wildcats scorer at the rookie max also leaves New York with enough cap space to add a veteran free agent but not another maximum contract.

Many believe a Fox-to-Knicks rookie signing makes sense, but New York has decided on the Triangle for the foreseeable future, which takes the ball out of the point guard’s hands. That’d limit Fox’s effectiveness.

Instead, Fox should go to a team where he can immediately contribute as a playmaker. The Timberwolves attempted to trade Ricky Rubio at the trade deadline, and the Spaniard’s contract expires in 2018. Minnesota is also undecided on Kris Dunn, who is averaging just four points and two assists in 17 minutes per game.

Karl-Anthony Towns is one of the Timberwolves’ young faces, and he hails from Kentucky. The connection is there, and the Timberwolves have the cap space to make it happen.

Dion Waiters is going to opt out and get paid. The question is whether Miami is going to pay him. Chris Bosh’s contract will likely come off the books this summer as well.

That gives Miami a lot of money to play around with when free agency strikes. Justice Winslow was ruled out for the season after he tore the labrum in his right shoulder in January. The Heat need another option at the forward spot, and Jayson Tatum is a versatile scorer who impressed in one season at Duke. He is adept at knocking down the corner three and a spot on the floor highlighted in Erik Spoelstra’s offense.

The Nets have a host of needs, and they won’t be able to address them this summer swapping for Boston’s late-first round pick. But in this alternate reality, using cap space to pick up a power forward of Jonathan Isaac’s caliber would improve the Nets’ frontcourt.

Isaac has soft touch on the low block and has great mobility for a player his size. He competes at both ends of the court and runs the floor for easy buckets in transition, just like Nets coach Kenny Atkinson ordered. Brooklyn only has Trevor Booker, Quincy Acy, and Andrew Nicholson competing for the four spot.

Isaac would need to earn his stripes, but he could become part of a Nets team that is building a foundation for the future. He’d choose the Nets for immediate playing time and the opportunity to work with Atkinson.

Stan Van Gundy has searched for an answer at the power forward since taking over as president and head coach of the Pistons years ago. Lauri Markkanen would be the perfect answer.

Markkanen has been one of the better seven-foot shooters in the history of college basketball, and Van Gundy has turned stretch fours into max players (see: Ryan Anderson, Rashard Lewis). This one’s a right swipe for both sides.

With Isaac heading to Brooklyn, most teams with cap space won’t need Markkanen. That’ll free Detroit up to offer its rookie exception starting at $6.1 million.

Smith can fill it up from anywhere on the floor, and the Chicago Bulls need to figure out which direction they’re heading in the foreseeable future. The Bulls were high on Cameron Payne when they traded for him at the deadline, but he has played sparingly since arrival.

Rajon Rondo signed a two-year deal over the summer, but only $3 million is guaranteed for next season if the Bulls cut him before June 30.

After the stunt they pulled with DeMarcus Cousins at the trade deadline, the Kings’ reputation has been tarnished. They’ll need to overpay lesser prospects to build their credibility again.

Sacramento is in position to be a player in free agency if it renounces the rights to Tyreke Evans ($15M cap hold) and Darren Collison ($9.9M). Ntilikina is a fundamentally sound playmaking guard who has impressed in limited time in France. Signing and building around the lanky floor general could be the beginning of change in Sacramento.

Teams with cap space that didn’t sign a top rookie:

Denver Nuggets: The Nuggets will enter the summer with the third-most cap space of all teams, but a rookie doesn’t help them at this point in their development. Denver needs a proven veteran — preferably an All-Star point guard — to take the next step as a franchise. Malik Monk was a thought here, but with the Knicks able to offer the same amount of money, the bigger market is more enticing.

Boston Celtics: Owning a draft pick and signing a rookie in free agency are two different things. The Celtics don’t need to get any younger. What they need is to pool their assets together to reel in a big fish. Adding another rookie doesn’t help them unless they’re trading him for an All-Star. They’ll instead use their cap space to chase top veterans.

Orlando Magic: Adding a rookie wouldn’t kill the Magic, but they’re in need of a capable veteran point guard. Three years in, Elfrid Payton hasn’t been the answer. While there are quite a few rookie point guards available in the draft, an experienced floor general is what the Magic need. Plus, players like Fultz, Smith, Ball, and Fox would head to more stable organizations rather than take Orlando’s money.