Three years after donating 50 houses to residents of Sagay, Negros Occidental who were left homeless by Typhoon Yolanda (Haiyan), GlaxoSmithKline Philippines in November returned to the community to ensure a sustainable health approach would be in place. 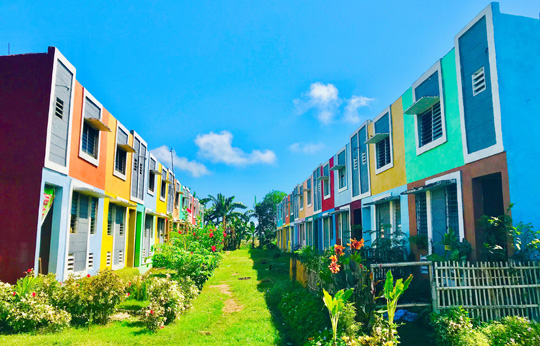 Three years after donating 50 houses to residents of Sagay, Negros Occidental who were left homeless by Typhoon Yolanda (Haiyan), GlaxoSmithKline Philippines in November returned to the community to ensure a sustainable health approach would be in place.

As part of its Orange Day, GSK visited the community in Sagay. Volunteerism is the spirit behind the pharma firm’s Orange Day, wherein employees get one paid day off to volunteer at a non-profit organization of their choice.

GSK believes in Gawad Kalinga’s model of shared contribution and accountability. The company also believes that a durable shelter is a basic human need as well as better health. Thus in 2016, GSK followed through with a donation of a fully equipped community Orange Health Center.

“We remain humbled and inspired by the resilience, courage, and ‘bayanihan’ spirit amongst the families here in Gawad Kalinga community in Sagay,” enthused Rommel Abuda, head of public affairs and communications for GSK Philippines.

He continued, “Today, as in every year, we return to Sagay for our annual Orange Day, and we are very pleased to see the community further flourishing, the families sustaining their livelihoods, and the children healthier. We also heard stories of lives saved by the nebulizing machine and oxygen tank available at the health clinic.”

To further ensure that its partnership with Gawad Kalinga would not only be about handing over the 50 houses for some of the residents of Sagay, and that there’s a health program in place, GSK commits to return to the community next year for its Orange Day.

“As a business that deals with saving lives, our goal is to meet our responsibilities and the evolving expectations of the society and the communities where we operate, while working to achieve our aspiration to become one of the most innovative, best performing, and trusted healthcare companies,” said Sriram Jambunathan, general manager of GSK Philippines Pharmaceuticals.