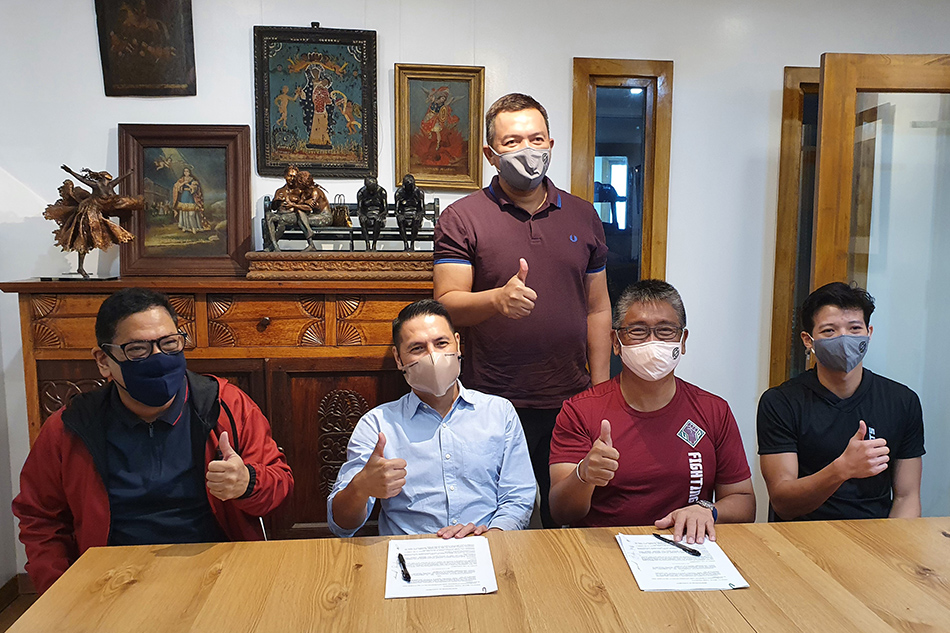 JHI Chairman and chief executive officer JJ Atencio has been bankrolling the UPMBT’s training camps in Las Vegas, Serbia and Tokyo in 2017, 2018 and 2019, respectively. This year the COVID-19 pandemic has ruled out overseas trips for the Fighting Maroons but Atencio and company are still including advanced training as part of their plan.

“Our journey with the UPMBT started three years ago, when, acting on a strong gut feeling, we decided to be major sponsors, despite the team’s just coming out of a lackluster season, the absence of significant community support, and my not even being a UP alumnus. We wanted to be part of the dream and help create something that eventually we could all be proud of. Fast forward to today, it’s a completely different situation, isn’t it?” asked Atencio.

Atencio is a graduate of UP’s Katipunan rival, Ateneo de Manila University, but believes he has a mission with the Fighting Maroons and it is not yet done.

“While the team has accomplished a lot these past years, the work isn’t finished yet. That dream continues to unfold. Success is a process after all, and we continue to be motivated and encouraged to keep on supporting and being part of this journey - in good times and bad. We think that the next two years will be really good for the team,” said Atencio, who is now taking up his master’s degree in UP.

Atencio said he believes that foreign training is a game changer that can quickly produce the desired results. “We’ve seen it. After three straight years of training abroad, we placed fifth the first year, second in the second year, and third after last year’s training. We’re still committed to sending the team for training abroad in Seasons 83 and 84 as soon as it’s possible,” Atencio added.

Besides the team outfits and the commitment to send the team abroad for training, Atencio announced that JHI are providing the Maroons with data analytics technology. “What’s also exciting for us starting this year is analytics. That’s one of the things we are working on with the team and that’s what we’re looking forward to -- how it would help them,” Atencio bared.

“We are beyond grateful for having JJ [Atencio] and JHI in the team for the past three years and a couple more. Despite the COVID-19 situation, he still chose to stay on. He is as determined as we are to see everything through. More than the financial aspect of things, the moral support they have given us from the start is priceless. JJ is like a father or a brother to the players and us coaches. His kindness and faith in the team truly inspires us,” said Bo Perasol.

For his part, UP Fighting Maroons team manager Atty. Agaton Uvero stressed how the team struggled in the past and how supporters like Atencio and STATS help to keep them on track for years to come.

“Sir JJ Atencio was one of the first to give hope to our program. A believer in the value of education, he graciously sponsored the team’s first overseas training when all we had to show was a promise to do our best. Four years after, we now have a sustainable program and a team that is going to be competitive for many years to come. We will always be grateful for his support,” Uvero said.