Ateneo is back in UAAP men's basketball finals

Ateneo is back in UAAP men's basketball finals 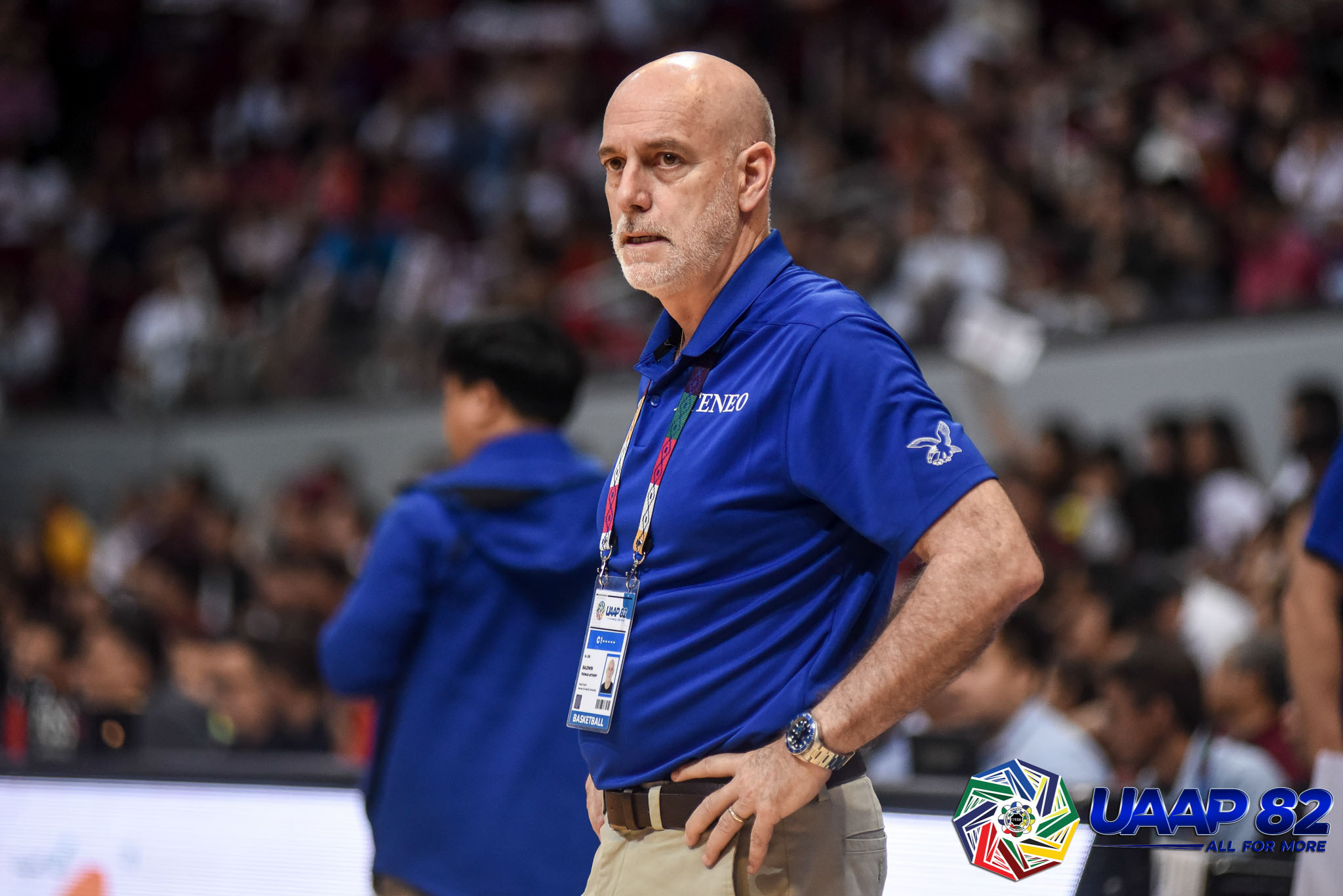 Ateneo is into the UAAP Season 82 men's basketball Finals, romping University of the Philippines, 86-64, Wednesday at Mall of Asia Arena to complete the 14-0 eliminations sweep.

It was all Ateneo from there, going on a 53-percent field goal shooting and enjoying leads as high as 24 points in the second half.

"We understand that this is a significant accomplishment for a baketball team in a season. As you all know, the job isn't done. This is the season before the season," said coach Tab Baldwin.

The Blue Eagles became only the third team to achieve the eliminations sweep in the Final Four era, and the first since UE completed the romp back in 2007.

Kobe Paras led UP with 13 points, seven rebounds, two assists, and two blocks in the loss.

Bright Akhuetie and Javi Gomez de Liano both scored 11 for the Fighting Maroons, which still own a twice-to-beat advantage in the stepladder semis as the no. 2 seed with their 9-5 card.