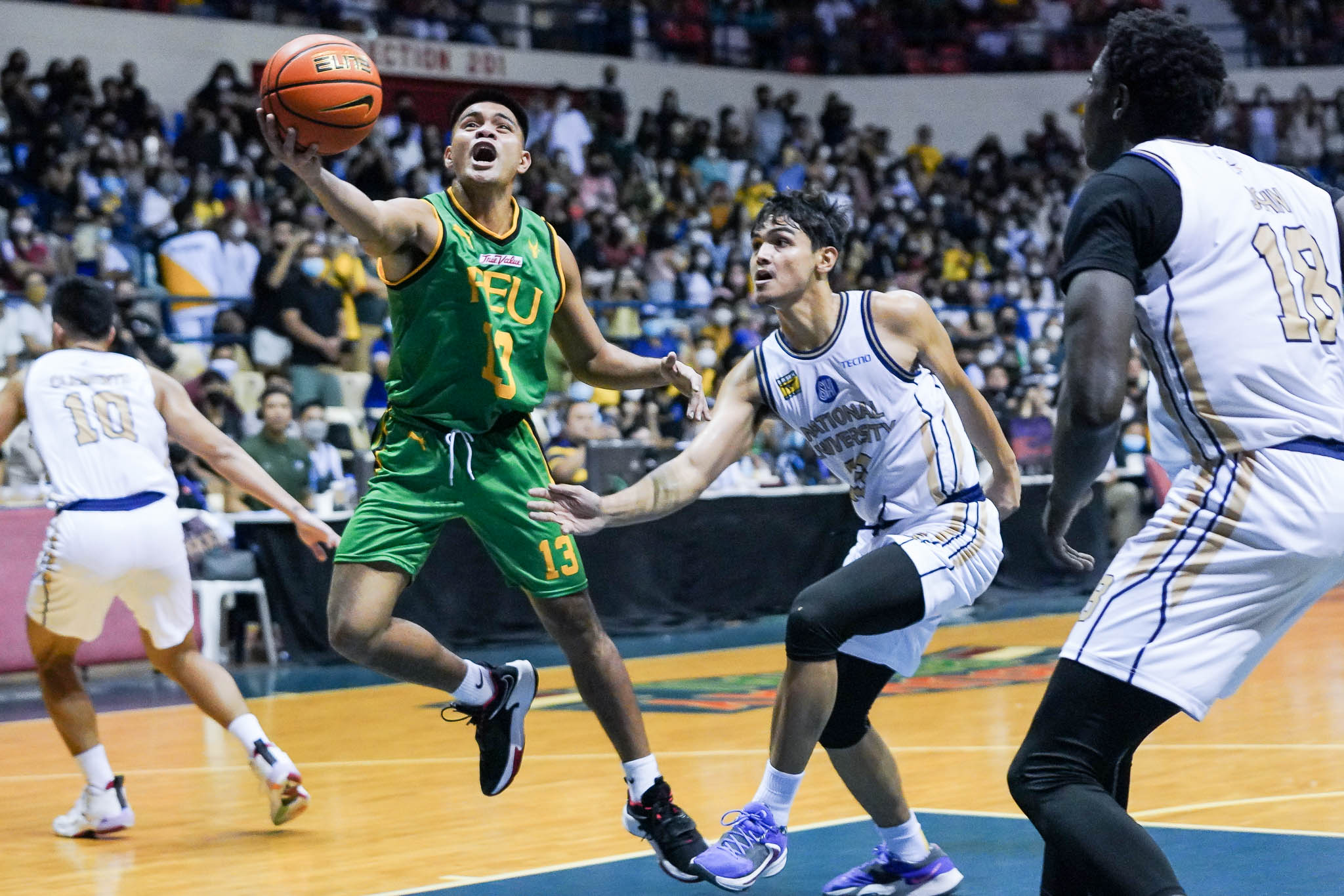 Up 36-35 courtesy of a Bryan Sajonia three with 7:20 remaining in the game, the Tamaraws found some separation with another Sajonia basket off an LJ Gonzales steal to lead 45-40 with 2:31 left in the game.

NU center Omar John trimmed the lead to 44-45 with 1:25 left but a Gonzales drive with 17.6 seconds left in the game gave FEU a three-point edge.

With time winding down, rookie Kean Baclaan attempted to tie the game with a long one from near halfcourt with still four seconds left n the clock. The shot missed as FEU secured the victory.

“It was a defensive game,” said FEU coach Olsen Racela. “We needed their defensive mindset going into this game against NU. Pababaan ng score ang nangyari ngayon but our defense gave us the chance in this game.

“I’m just proud of the way they played. (It was a) total team effort not just from LJ but lahat ng ginamit ko," he continued.

Sajonia led the Tamaraws with 12 points while Gonzales had nine points, five rebounds, and three assists, and two steals.

On the other hand, John led NU with nine points while John Lloyd Clemente had eight points and 12 rebounds.

The result means that FEU is now in seventh place with a 2-5 record to end the first round while NU slides to third place with a 5-2 record.