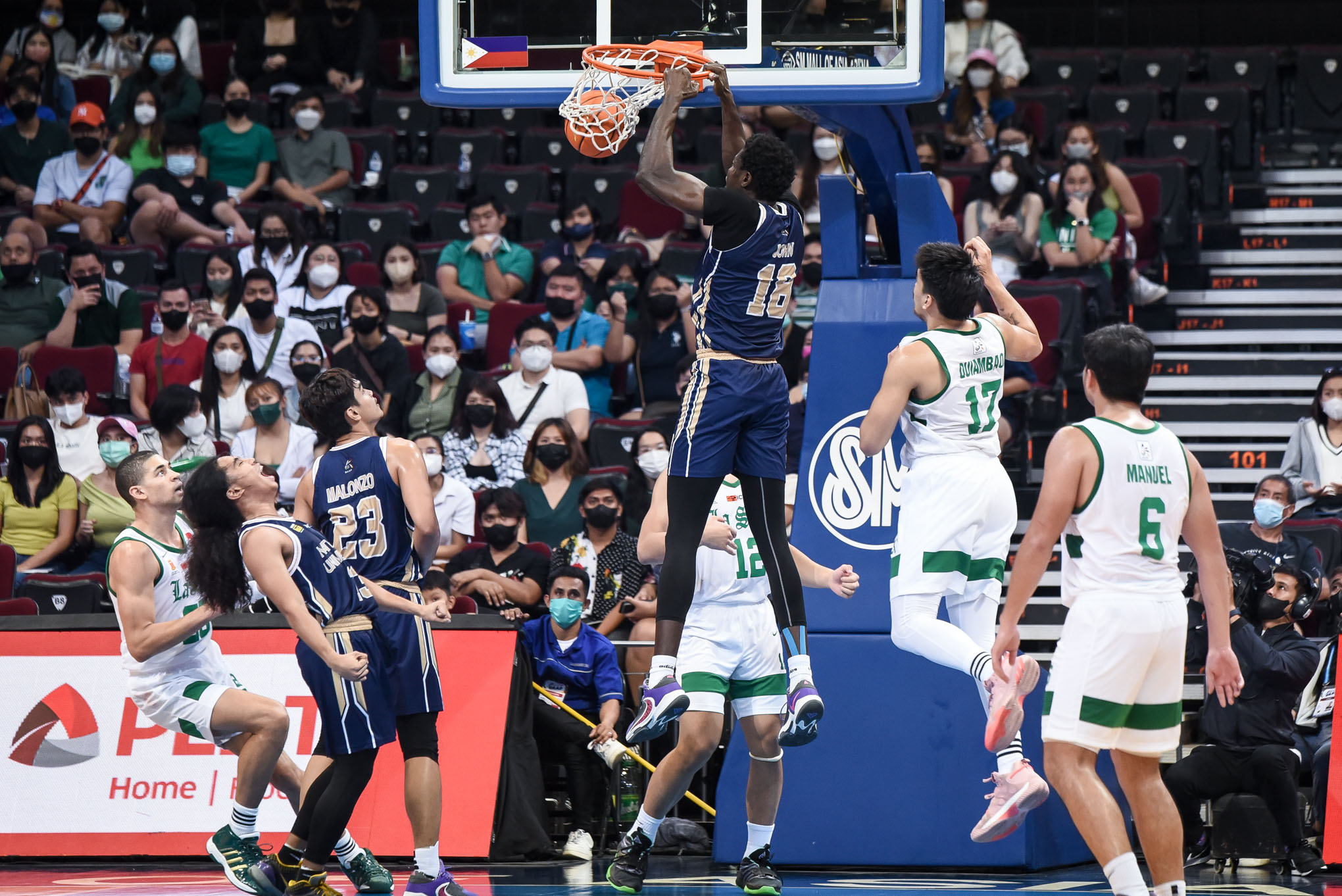 National University eked out an 80-76 squeaker over De La Salle University for its fourth straight win in the UAAP Season 85 men's basketball tournament, Wednesday at the SM Mall of Asia Arena.

This is the Bulldogs' first win over the Green Archers since October 28, 2015 during their second round encounter in Season 78. La Salle won the next 10 matchups.

Kevin Quiambao pulled La Salle within three with a triple with 58.2 seconds left, 76-79.

Steve Nash Enriquez then missed his three-pointer attempt on the other end giving the Green Archers one last chance to tie the match but Quiambao missed his corner attempt before John Lloyd Clemente iced the game from the line.

Enriquez led the Bulldogs with 16 points built on four triples, three rebounds, three assists, and a plus-14 in 23 minutes.

Clemente had a double-double of 16 points and 10 rebounds, while Omar John got 15 points, 12 rebounds, four steals, and two blocks.

La Salle, which slipped to 3-3 at fifth, was paced by Quiambao with 15 points and six rebounds, the same statline returning Mike Phillips registered with three blocks and three steals.

Evan Nelle contributed 14 points, 10 assists, and seven rebounds in the loss while Deschon Winston, who was averaging 24.0 points per game prior to this tilt, was limited to just 12 points on 3-of-12 shooting from the field.

The Green Archers will close the first round against Adamson University on Saturday at the Ynares Center in Antipolo, while the Bulldogs play Far Eastern University on Sunday.