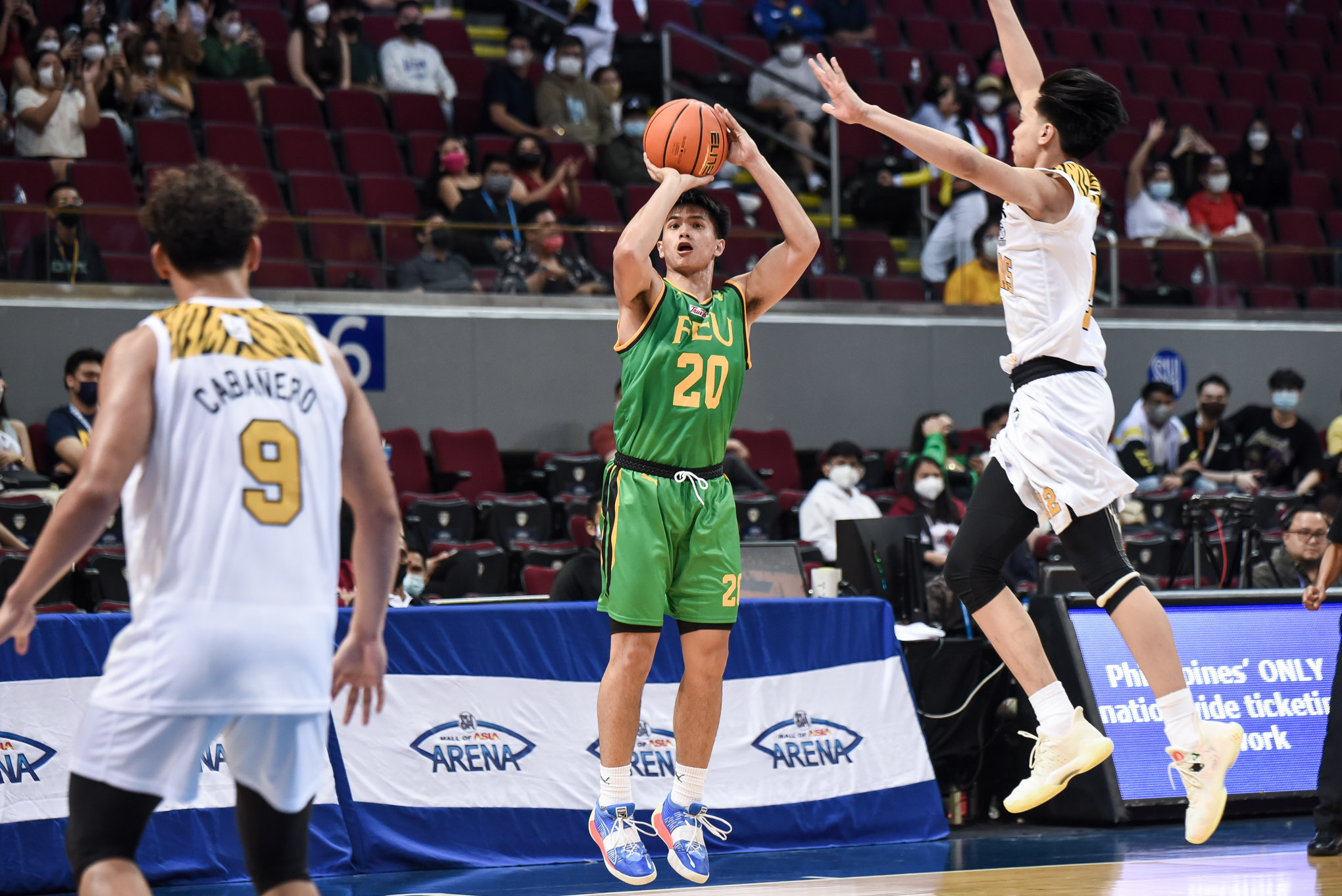 Bryan Sajonia delivered 23 points on a perfect 9-of-9 clip from the two-point area to lead the Tamaraws to their first win.

"I'd like to thank the FEU community, up to the bleachers. From a 0-5 start nandoon pa rin 'yung suporta nila," said FEU coach Olsen Racela.

But Migs Pangilinan and Jamba Garing pulled the Growling Tigers within 10, however, that was the closest they could get.

Ljay Gonzales got 17 points, five rebounds, and four assists, while Xyrus Torres came alive with five triples to end with 17 points as well.

The Tamaraws are now tied with the Growling Tigers, who dropped their fifth straight game, at 1-5.

Nic Cabañero was the lone bright spot for UST with 20 points, five rebounds, and five assists.

The Growling Tigers look to end its skid on Saturday against University of the Philippines at the Ynares Center in Antipolo. FEU will meet National University on Sunday.