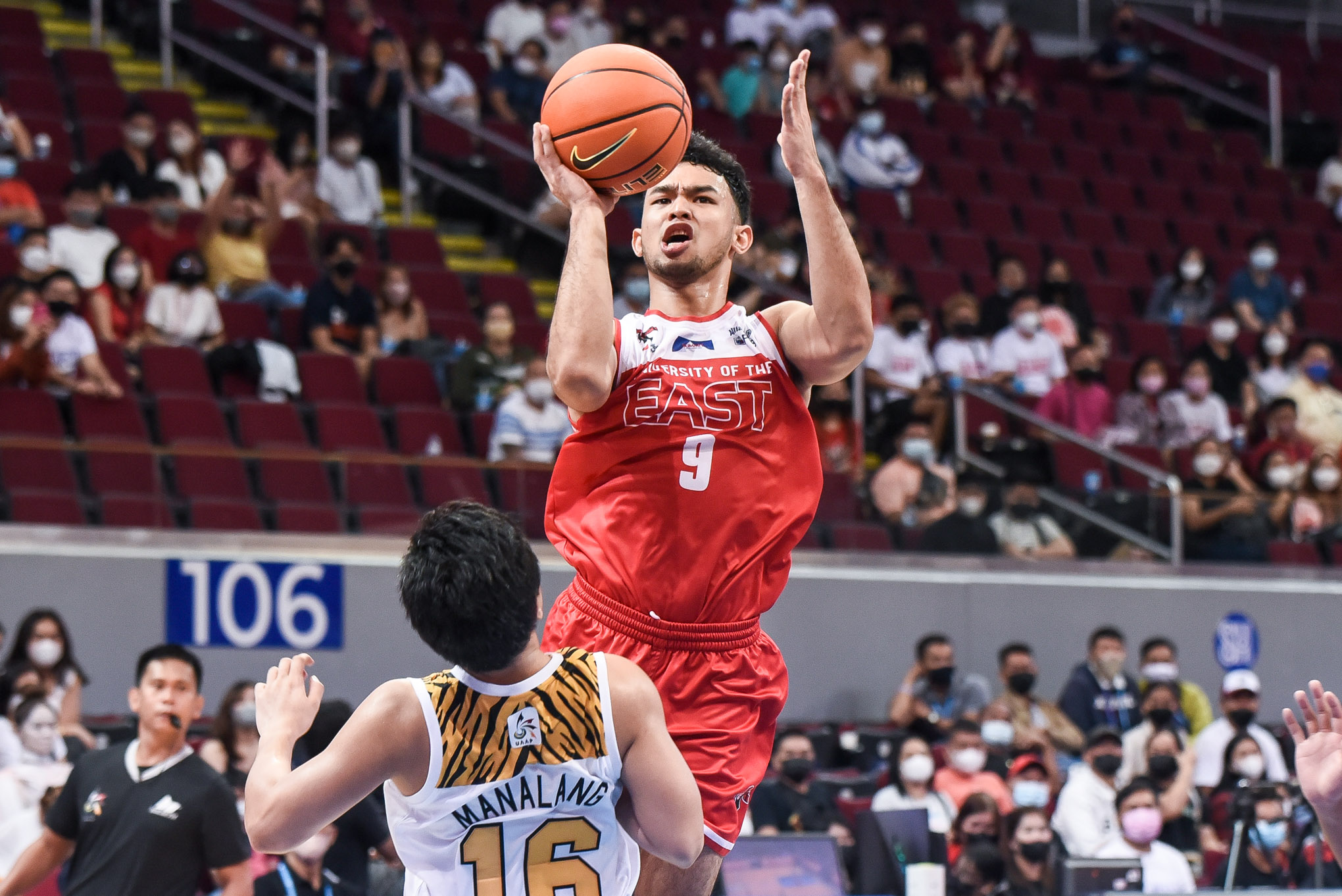 University of the East scored its second straight win in the UAAP Season 85 men's basketball tournament, topping University of Santo Tomas, 78-68, Sunday at the SM Mall of Asia Arena.

This is also their first winning streak since Season 82.

Antiporda had 13 points, all in the third quarter, while Gani Stevens tallied 11 points on 5-of-7 shooting in his first game against his former team.

Nic Cabañero led the Growling Tigers anew with 19 points and 14 rebounds but shot only 5-of-17 from the field, while Ivan Lazarte added 12 points in 10 minutes.

UST's Adama Faye was slapped with a disqualifying foul at the 2:01 mark of the third period after his elbow hit Harvey Pagsanjan's jaw during a loose ball battle.

The Growling Tigers fell to 1-4, dropping their fourth consecutive match after winning their opener against Adamson University.

UE puts its winning streak on the line on Wednesday against University of the Philippines while UST aims to break out of its slump against winless Far Eastern University.