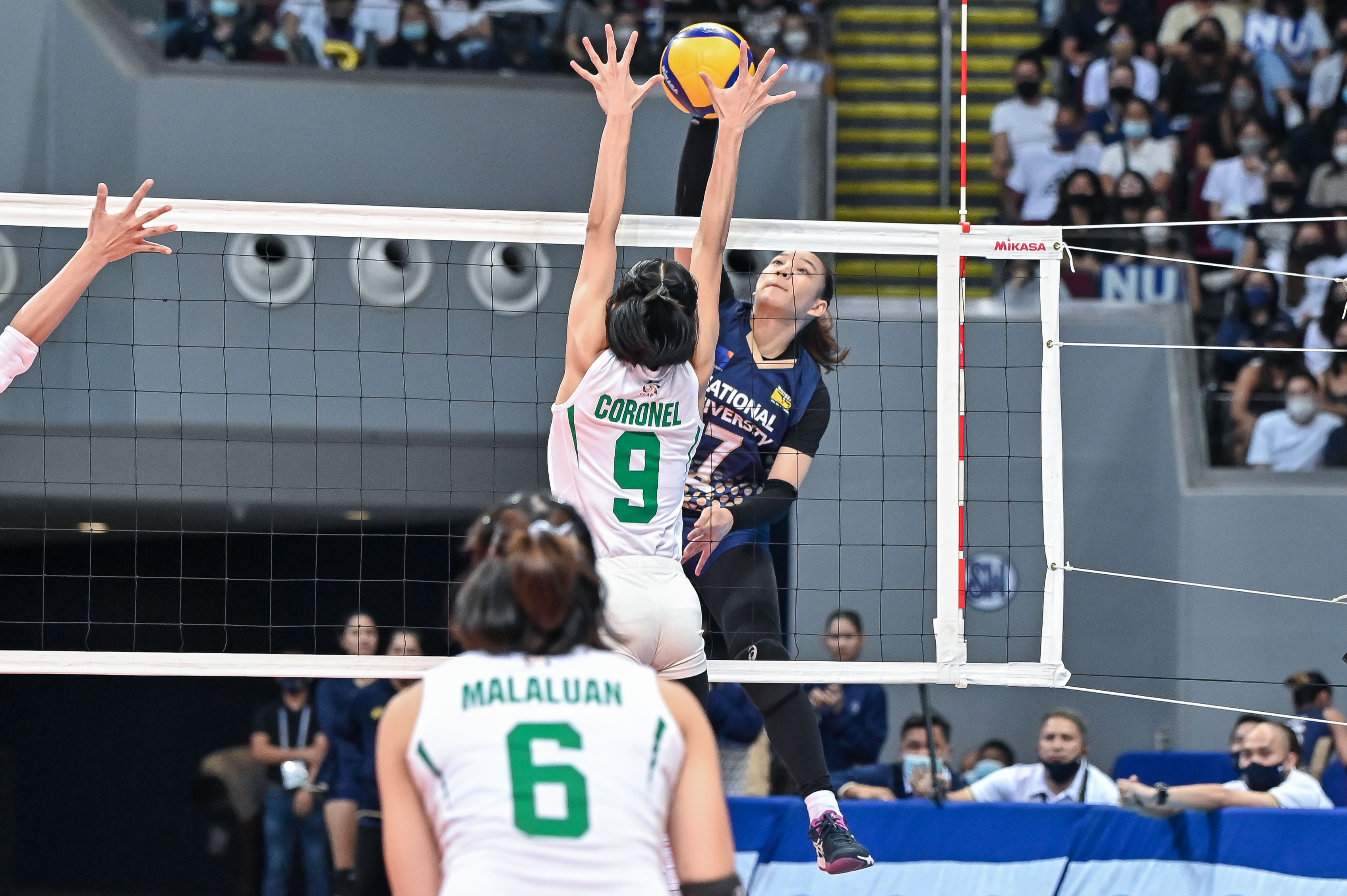 National University is back on the UAAP women's volleyball throne for the first time in 65 years.

This is just NU's third title in the event and first since 1957 and the first tournament sweep in the league since Ateneo de Manila University did it in Season 77.

DLSU fought back in the third period, leading by three late, 20-17, then NU head coach Karl Dimaculangan called a timeout followed by an Alyssa Solomon point, 18-20.

Then Dimaculangan called the numbers of Joyme Cagande and Erin Pangilinan to sub for Lams Lamina and Solomon.

The Lady Bulldogs then went on a 7-0 blast through the energy of the super substitutes to move to match point, 24-20.

Back-to-back errors from NU though pulled DLSU back, 22-24, but Thea Gagate's service went wide for the clincher.

It was no different in the second frame as NU zoomed to a 10-3 start and never looked back, 25-15, to move on the verge of the win, the tournament sweep, and the crown.